Home Incidents Hurricane Ian has already killed 33 people: crocodiles and even sharks swim in the flooded streets of Florida

Hurricane Ian made landfall near Georgetown, South Carolina as a Category 1 hurricane with winds of 85 miles (136 km) per hour around 14:00 pm Friday, September 30th. The publication told more about the elements ABC News. 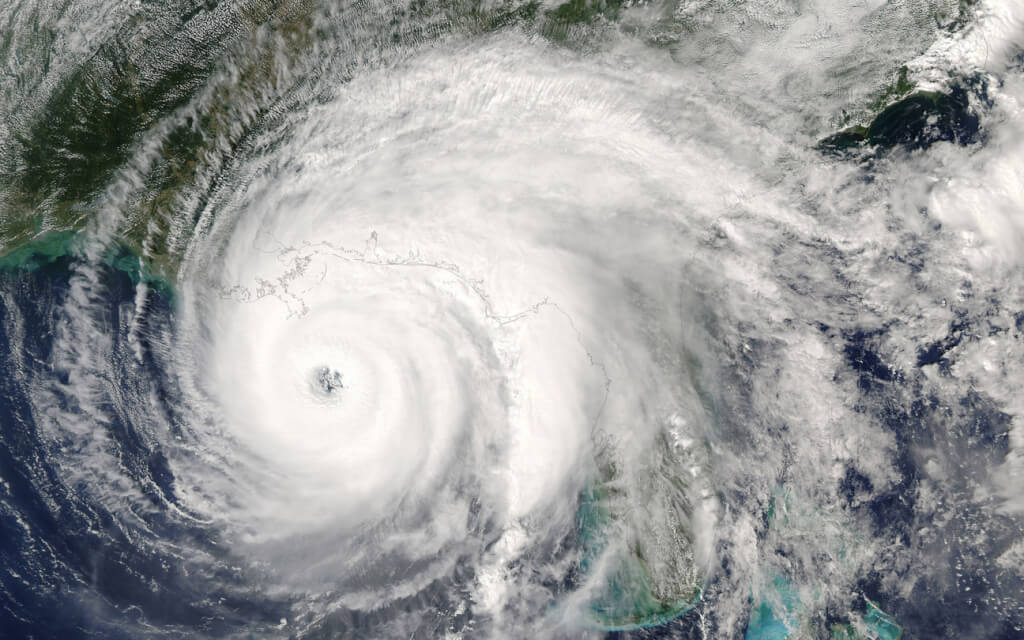 This storm first hit the United States on the west coast of Florida on September 28 as a powerful Category 4 hurricane. Ian left at least 33 victims across Florida.

Ian is now considered a post-tropical cyclone with maximum winds of 35 miles (56 km) per hour.

Flood warnings are in place in Virginia and West Virginia, where up to 6 inches (15 cm) of rain is expected. In addition, there are warnings for wind gusts up to 50 miles (80 km) per hour.

After that, heavy rains will continue their movement to the north. Parts of the northeast coast, especially Delaware and Long Island, could see up to 48 inches (6 cm) of rain over the next 15 hours.

Shark in the yard and crocodiles in the streets

Photos and videos of marine life swimming in suburban floodwaters become popular during severe storms. But one of the recordings was very unexpected - it depicts a shark, writes The Guardian.

The video, which showed a large dark fish with distinct dorsal fins darting through a flooded Fort Myers backyard, received more than 12 million views in a day.

On the subject: Hurricane Ian stranded 20 travelers on cruise ships and unable to return home

Dominic Cameratta, a local developer, confirmed that he filmed the video on his patio.

“I didn’t know what it was, but it looked like a fish or something like that,” he explained. "But my friends all said, 'That's like a shark, man!'"

The author of the video suggested that she was about 1,2 meters (4 feet) long.

Experts were divided over whether the video featured a shark or other large fish. George Burgess, former director of the Florida Museum of Natural History's shark program, wrote that it "looks like a baby shark," while Dr. Neal Hammerschlag, director of the University of Miami's shark conservation program, was dubious and said it was "pretty hard to tell."

My buddy just sent me a video of this this shark swimming down his back yard in Fort Myers 😂#hurricane #ian #HurricaneIan pic.twitter.com/kLon2z3F8Q

Cameratta speculated that the shark may have entered the holding pond from nearby Hendry Creek, which then overflowed and the creature entered the backyard.

Leslie Gelcher, a professor of intelligence studies at Mercyhurst University in Erie, Pennsylvania, was among the online sleuths who suggested the video was fake.

However, Gelcher later admitted that the online tools she and others used to trace the origin of the video did not actually show when it was taken, only when the user's social media profile was created.

The journalists confirmed through the metadata of the original clip that it was filmed on September 28 in the morning.

"That makes a little more sense," Gelcher said when told the fish had been sighted near an overcrowded pool. “But how could a shark get from the Gulf of Mexico into a body of water?”

Yannis Papastamatiou, a marine biologist who studies shark behavior at Florida International University, explained that most of these sharks leave shallow bays before hurricanes (perhaps a change in atmospheric pressure warns of their arrival). According to him, the shark could accidentally swim into the stream or it was simply washed away there.

And at Stillwright Point, crocodiles have been seen swimming through the streets of the city. Usually these creatures live in canals, writes ADN.

“If you stay close to the access roads and away from the mangroves, you should be safe,” said one of the local residents.

America 🇺🇸
🌪🌀🌪🌀
From the strength of Hurricane,# Ian, the American was shocked by the size of the crocodile in the streets of Florida 🐊🐊🐊
#HurricaneIan #Florida #floridahurricane #hurricaneian #ian #Storm #Hurricane #hurricaineIan #ian #flwx pic.twitter.com/sNVVOMf5ZX

How to get rid of leaves in the yard: 4 eco-friendly and effective way

Pershing Square Ice Rink and Zoo Holiday Season: How to Spend a Weekend in LA (December 2-4)