Home Incidents Because of the extreme heat in California, a female bear brought her cubs to a beach filled with people

Because of the extreme heat in California, a female bear brought her cubs to a beach filled with people

Due to the intense heat, the bear and her cubs decided to cool off on a California beach. Writes about it Independent. 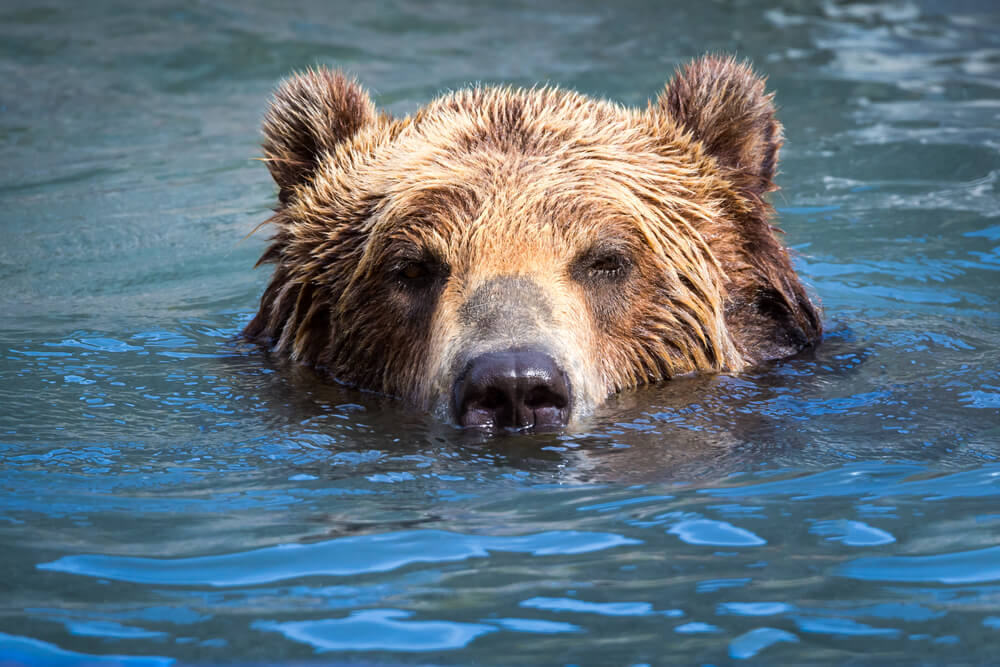 The video shows a mother of a black bear swimming in with her three babies on a crowded beach. According to weather forecasters, the temperature reached 48 ° C.

Some believe that the bears were trying to escape the heat. However, locals point out that bears are not as afraid of people as many think.

Throughout the heatwave, there have been reports of animals exposed to record temperatures in the region. The habitat has been affected by forest fires, droughts and other environmental impacts.

On the subject: They are faster and stronger than us, but they rarely attack: why are wild animals afraid of people

The conversation about the bear family was sparked by a Twitter user who wrote: “You understand how hot this bear must have been to bring her cubs next to all these people. The woman who filmed the bears swimming said the people on the beach were "shocked" to see them there.

Lola Saffi replied: “Poor mother bear. She and her poor cubs had to roast. "

BEAT THE HEAT: The record-breaking weekend temperatures in the West drove this bear family to seek relief in the cool waters of Lake Tahoe. https://t.co/CZaiomFtoE pic.twitter.com/D1Vhx4PI9B

“The amazing part is not that they are going to swim. Of course, bears swim all the time, - wrote by another person. - The most amazing thing is that this bear brought out her cubs when people are nearby. Bears are known for their ability to protect and care for their offspring, especially the mother. Being around people is a huge risk. "

However, local residents reported that this is quite normal.

“I live in Lake Tahoe, it's not strange for us. We meet bears at my house at least once a week. Moreover, I walk my dogs twice a day. They don't scare people. Yes, it's hot now, but it's okay to see bears swimming, ”wrote a netizen in response.

“I live in Lake Tahoe. Bears have long been accustomed to people, because I often see them on bike rides, ”another resident supported him.

However, one can agree with how strange it is to see a bear on a beach crowded with people. Jennifer Watkins said, "We were all a little shocked by the bears."

Local law enforcement officials said it was "very dangerous" to be so close to the bears.

“We are in their territory when we visit the Foothills and the Sierra Nevada,” said Lt. Nelson Resendez of the Placer County Sheriff's Office. "Do not feed them, do not provoke and, obviously, do not approach them, respect their space."

There have been reports of black bears suffering from encephalitis (a brain disorder). This is a condition that causes the animal to lose vigilance in the vicinity of humans. It is reported that since March 2020, the disease has been diagnosed in four bears. This virus also occurs in humans.

Local authorities such as the California Department of Fish and Wildlife and the Placer County Sheriff's Office are monitoring the situation and are working to address the problem of bears entering high-population density areas.

How to learn new English words so that you don't forget later: 6 effective methods

Up to 49 degrees Celsius: California was hit by a wave of record heat

In Virginia, they banned the launch of balloons: violators face fines