Home In the U.S. US Senate Cannot Approve Diplomats Due to Russian 'Nord Stream': How It Is Connected

US Senate Cannot Approve Diplomats Due to Russian 'Nord Stream': How It Is Connected

GOP Senator Ted Cruz has been blocking the approval of State Department officials and foreign ambassadors for months. Why does he do it, said the publication Voice of America. 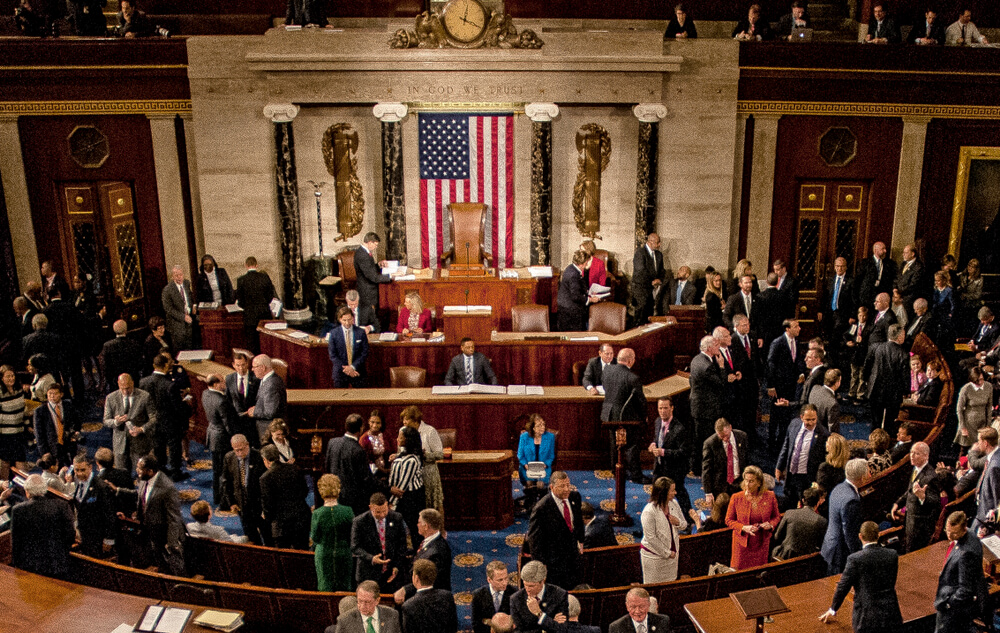 Thus, he is seeking from the administration of US President Joe Biden to impose sanctions against the Nord Stream 2 gas pipeline from Russia to Germany.

Due to the obstruction arranged by the senator in the Senate, the candidacies of dozens of ambassadors, proposed by the Biden administration, have "stalled". As a rule, senators from both parties do not object to ambassadorial candidatures and approve them through the fast-track procedure. However, Cruz - the only one out of hundreds of senators - requires a full review, with hours of debate. This, in turn, prevents the Senate from doing other things.

It is because of the current situation that during the 10 months of Biden's presidency, the Senate approved only 2 candidates for ambassadors - in Mexico and in the UN.

In total, the waiting period for approval of candidates for the Biden administration in the Senate is now more than three months. He was smaller even during the presidency of Donald Trump, against a number of candidates who were opposed by the Democrats.

On the subject: US senators ask Biden to expel 300 Russian diplomats from America: this could lead to the closure of all consulates

According to an administration official, the situation with the non-appointment of ambassadors "is beginning to damage the United States in the international arena."

Cruz is one of the most consistent criticisms of Nord Stream 2. He actively supported the imposition of sanctions against pipe-laying vessels, due to which the pipeline was completed a year and a half later than planned.

Now he claims that he is only trying to get the administration to comply with the law on sanctions, and demands to impose them not only against the companies that own the pipe-layers, but also against the gas pipeline itself. Biden's administration formally introduced sanctions against Nord Stream 2 and its head, but immediately suspended them citing national security considerations. The White House claims that it is still against the pipeline, considering it an instrument of blackmailing Moscow in relations with the EU and Ukraine, but does not want to spoil relations with Germany. In addition, the administration doubts that new sanctions would prevent the already completed gas pipeline from starting to work.

In August, the president's national security adviser Jake Sullivan tried to persuade Cruz to soften his position, but the conversation ended "badly": the senator began to insist on his own, and the administration official made him understand that additional sanctions would not be imposed during Biden's presidency.

Nord Stream 2, which is supported by Germany and a number of other EU countries and which is opposed by Ukraine and several EU countries, has been completed and is now undergoing certification. It may end early next year.