Home Page In the U.S. Ivanka Trump and Jared Kushner bought a house in Florida for $ 24 million: what it looks like

Ivanka Trump and Jared Kushner bought a house in Florida for $ 24 million: what it looks like

On April 13, Ivanka Trump and Jared Kushner reportedly purchased the 6-bedroom, 8-and-a-half-bathroom mansion for $ 24 million. However, at a discount of almost a million dollars, because it stood on the market for six months. Writes about it New York Post. 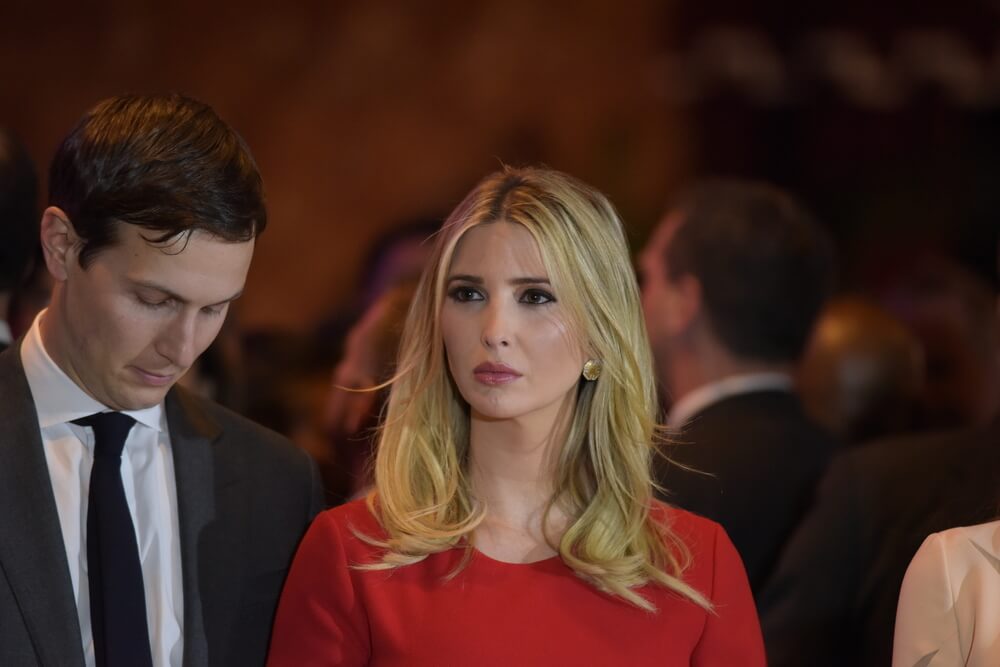 New aerial photographs show that the outdoor jacuzzis are drained and the pool water is dark green - in contrast to the attractive sparkling blue in the sales photos. The backyard appears to be in the process of being refurbished.

The last recorded update to the pools, hot tub and patio on the 1,26 acre (0,5 ha) site was in 1994 when the home was built, according to Miami Dade property records.

The company that bought the house is in the care of lawyer Louis Archambaut, who did not comment on the purchase of the house. But The Real Deal, Realtor.com, The Sun and the Independent attributed the transaction to Kushner and Trump.

The façade of this French neoclassical house is 8 square feet (510 sq. M) and features a flat roof, arched windows and a triangular roof balcony.

On the subject: Jared Kushner and Ivanka Trump top the list of the most influential Jews in the world

Inside the house, a crystal chandelier hangs from a 26-foot (7,6 m) domed ceiling above the Cinderella Staircase. The foyer leads to the entertainment areas, cinema room, wood paneled office, gym and master bedroom with two fully equipped bathrooms.

The house was sold by billionaire Alex Meruelo and his wife Liseta Meruelo. As the property records show, record producer Scott Storch also owned the house from 2004 to 2008.

Late last year, Kushner and Trump on the other side of the island acquired another $ 30 million + 200-foot (nearly 70 m) coastline previously owned by Julio Iglesias.

Rumor has it, however, that they are not expected at the member-only country club on the island.

The exclusive gated island of Indian Creek, home to some of Florida's most exclusive properties for the ultra-rich, is surrounded by some 30 beachfront mansions. This makes the center of the island open to clubbing. According to the list, the island has everything you need, including 18-hour police and an XNUMX-hole golf course.

Trump and Kushner are reportedly living in the Arte Surfside condominium near Champlain Towers South, which collapsed on June 24.

Bill and Melinda Gates' divorce: how they will share a multibillion-dollar fortune

Russian bought the most expensive house in Florida

Ivanka Trump told how she can help women in developing countries