Home culture The story of a hot dog: how an immigrant made a sausage roll with the symbol of America

A symbol of American culture and an indispensable attribute of a baseball game or barbecue, the hot dog traces its history from a rather unexpected place - the beach. 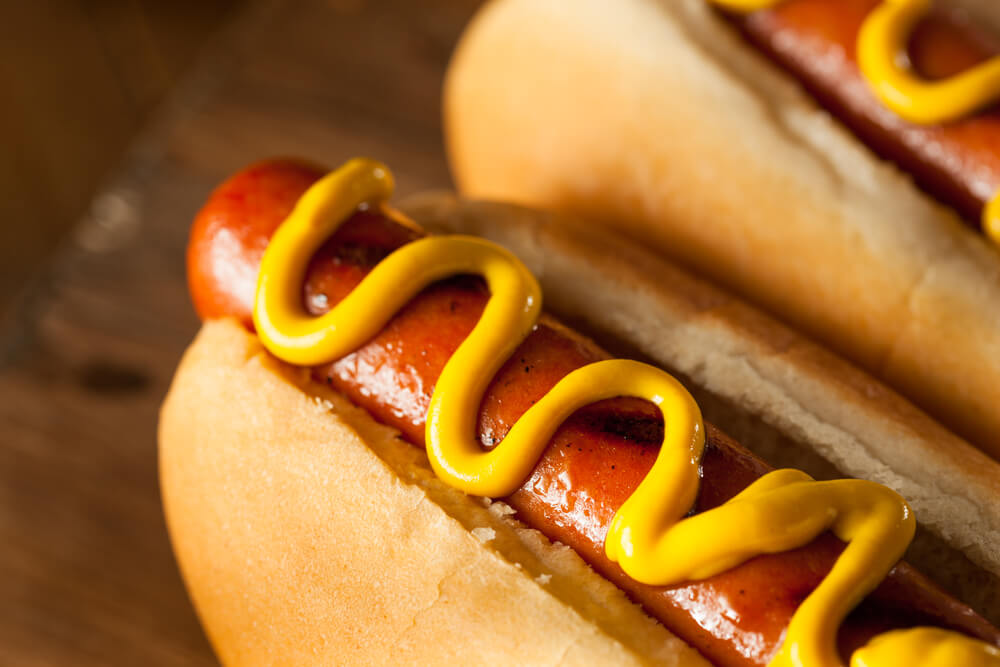 Is there a more popular symbol of American culture than a humble hot dog? It is sold at stadiums, cooked on each barbecue and bought in roadside cafes from Caroline to California, writes Julia Gammond for Air force.

This true cultural archetype originated in the 1860s, when the United States began to rebound after the civil war and create its new identity.

Bun with sausage, which conquered the whole world, originated on the coast of New York Island (now Peninsula) Coney Island.

From the hot summer heat of the city, I run to the spacious beaches of Brooklyn, which are blown by a light sea breeze.

Feltman moved to the US in 1856 year and brought with him a passion for sausages inherent in his compatriots. A baker by training, he first opened a bakery in Brooklyn. He delivered pies that quickly brought him fame to surrounding enterprises and sold clams in a tent on the beach.

When the Brooklyn Railway began bringing crowds of tourists to Coney Island in the late 1860s, Feltman had more customers. Many people asked the entrepreneur if he had hot food other than clams. 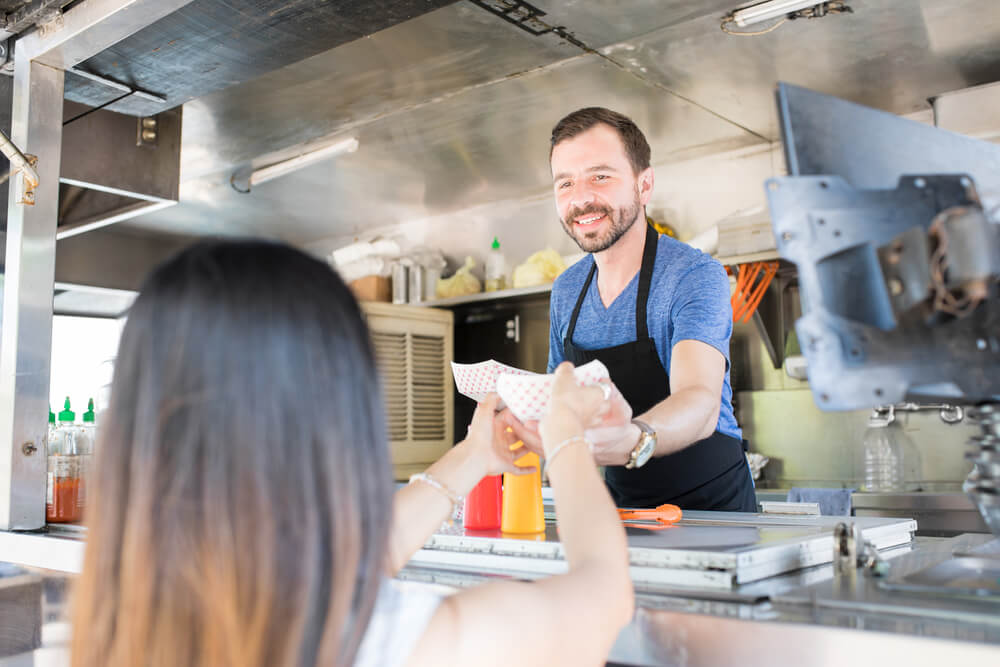 So in 1867, Feltman called the master, who once created a cart for him, and asked him to upgrade it. The master added a sausage broiler and a metal box for heating buns to the cart.

That summer, when the nation came to its senses after the Civil War, Feltman, pushing his makeshift cart along the sandy paths of Coney Island, sold almost 4000 hot dogs, which he put in his signature long buns, five cents each.

Thanks to the bun, the sausage beloved by the Germans became possible to eat on the beach.

Although the name "hot dog" appeared several years later, the dish invented by a German immigrant was a huge success.

By the way, the origin of the word hot dog ("hot dog") has several versions. According to one of them, the Germans called the long Frankfurt sausages "dachshunds". - Approx. ed.

Things went so well that by the end of the century Feltman’s modest trolley had grown to a whole entertainment empire that spanned the whole quarter: nine restaurants, slides, carousels, ballrooms, a cinema, a hotel, a beer house, a sauna, a pavilion and an alpine village where That was American President William Howard Taft.

Feltman even managed to convince Andrew Culver, President of the Brooklyn Railway, to change the train schedule so that his clients could stay at the hotel for dinner.

On the subject: Hot Dog: The History of the American Symbol

At the peak of the season, Feltman sold hot dogs to the 40 000 daily, as well as seafood dinners at his Ocean Pavilion complex.

The German died in 1910, a very wealthy man. The company continued to manage his sons Karl and Alfred.

A thousand people worked in the Feltman food chain, and his restaurant was considered the largest in the world.

In 1916, one of the Feltman employees, Nathan Handwerker, opened his own hotdog shop several blocks away from his former employer.

After the crisis of the Great Depression, and then the Second World War, the Feltmans sold their business, and the new owners quickly went bankrupt. Nathan at the time became the only seller of hot dogs on the entire coast of Coney Island. 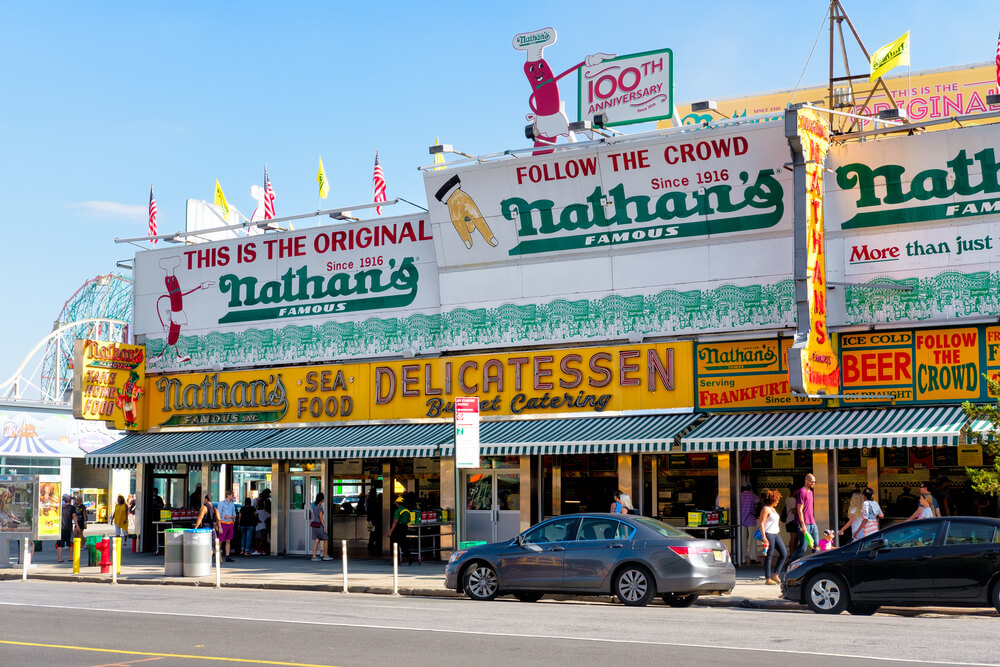 “My grandfather told me that he liked Feltman's hot dogs much more than Nathan's,” notes Michael Quinn, who set out to revive the legendary flavor of the first Brooklyn hot dog.

Quinn's grandfather gave him the recipe for the original spices that Feltman had added to his hot dogs. He recognized him from his close friend, who worked for Feltman.

In 2015, Quinn bought Feltman’s name and opened a small van with a window in the East Village area.

His hot dogs were so delicious that they were ranked # 10 among the “XNUMX Best Hot Dogs in the United States” over the years.

Today, Feltman's hot dogs sell at 1500 supermarkets from New York to California. A few weeks ago, the company hit the Guinness Book of Records, preparing the world's largest hot dog with a length of one and a half meters and a weight of 34 kilograms.

On the subject: The American ate 74 hot dog in 10 minutes and broke the world record

And what about the Nathan network? Handverker’s business acumen and his wife’s grandmother’s recipe laid the foundation for a global corporation. His hot dogs sell in more than 55 thousands of supermarkets, brand shops and restaurants in 10 countries.

But many supporters of the original Feltman recipe will tell you that his hot dogs are still the best.

However, you can check it to your liking.

Danger of suffocation: in 18, the states of the United States recall healthy buns

How to save in New York on transport and entertainment

Hot Dog: The History of the American Symbol