Home In the U.S. Success story: how an American earned $ 100 millions on kitchen sponges

Success story: how an American earned $ 100 millions on kitchen sponges

American Aaron Krauz figured out how to stand out in the market sponge for washing dishes. Today his sponges are the most popular in the USA, and in five years the company sold 50 million sponges. 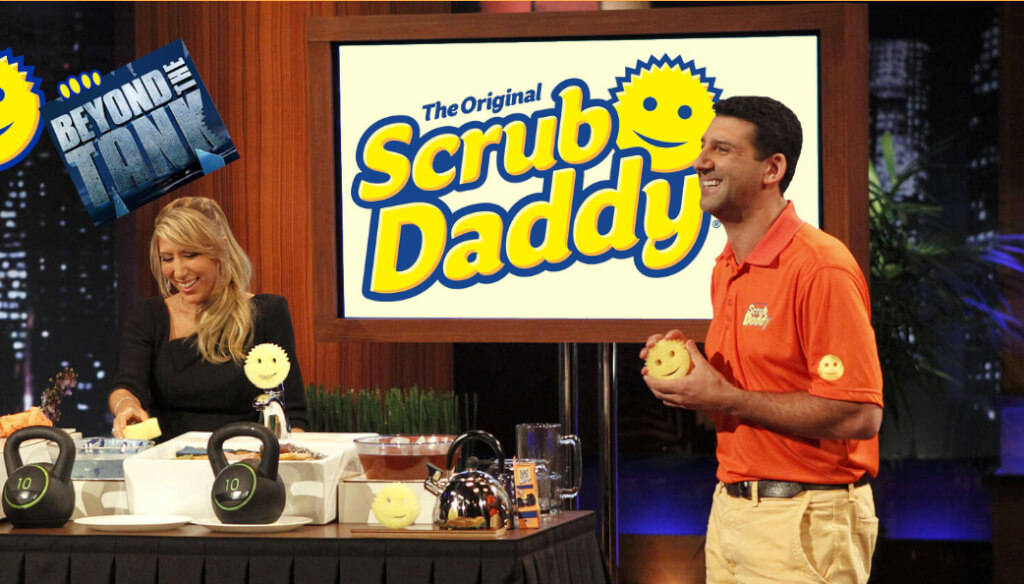 Aaron Krauz achieved incredible success in the seemingly long-established niche of the kitchen sponge market. He turned ordinary sponges into funny smileys. Smiling lips are very popular in the United States, despite the fact that they are twice as expensive as faceless competitors. Scrub Daddy sponges are a success thanks to thoughtful marketing and creative functionality.

It would seem that in common with 42-year-old man with kitchen sponges? Like every motorist, Aaron Krauz occasionally had to put his car in order. One day, faced with severe pollution, he damaged the coating with a too stiff sponge. The owner of the car with annoyance noticed that in the US market there are no multifunctional cleaning sponges that would cope with all the tasks. So the idea was to create a universal sponge Scrub daddy.

The American managed to develop a sponge that copes with any contamination without damaging the surface. The main thing with Scrub Daddy sponges is that you do not need to make great efforts to clean even the oldest mud. Friendly emoticons do not absorb unpleasant odors. Residual dirt does not accumulate in the porous material, which makes it unsuitable for the reproduction of bacteria.

How did he do it

After graduation, the future founder of Scrub Daddy Aaron Krause ruled a small car business. The company developed rapidly and became successful already by 1994. Once in the process, Krausz scratched one of the cars with a too hard sponge. This prompted him to the idea that people need sponges that would clean the surfaces well, but that they would not damage them.

To clean the hands of fatty substances, Krauz added a piece of polyurethane to the sponge. The new invention worked perfectly. Initially, the company Krausz produced polishing sponges, only then added to the production of conventional sponges. In August 2008, 3M Corporation has acquired Krausse company, but did not buy the line of ordinary sponges, leaving them in the factory.

A few years later, Kraus's wife asked to clean up heavily soiled garden furniture. Krauz tried a sponge from an abandoned collection and found that it perfectly cleans the furniture, while not spoiling its surface. Sponges are also well cleaned the dishes, fighting with an unpleasant smell. He cut two finger holes and a smile that helped clean the silverware.

The unusual shape of the sponge - not whim or a whim. As it turned out, a round sponge is comfortable to hold in your hand, it does not slip out while washing dishes. If you put your fingers in the "eyes", then you can easily reach the bottom of a high jug. The round ribbed edge qualitatively launders the inner surface of the faceted walls, which is difficult to make a traditional sponge. Even the smiling "mouth" is not for decoration. With it, it is easy to clean the spoon, spatula and the like.

Scrub Daddy's first sales were modest. The chain of small grocery stores turned out to be not the best way to "promote" a new product. Aaron Krause decided to take part in the popular TV show of startups Shark Tank - and made a splash. Investor skepticism vanished as soon as the entrepreneur began to demonstrate the practical use of foam emoticons.

The American signed a contract with an investor who specializes in sales in the TV shops. Under the terms of the transaction, Aaron Krauz transferred the investor 20% of the company's shares, for which he received 200 thousand dollars from him.

To date, the smiley sponges have chosen 50 for millions of buyers, despite the fact that its price is 14 dollars versus 5 dollars for a regular sponge. 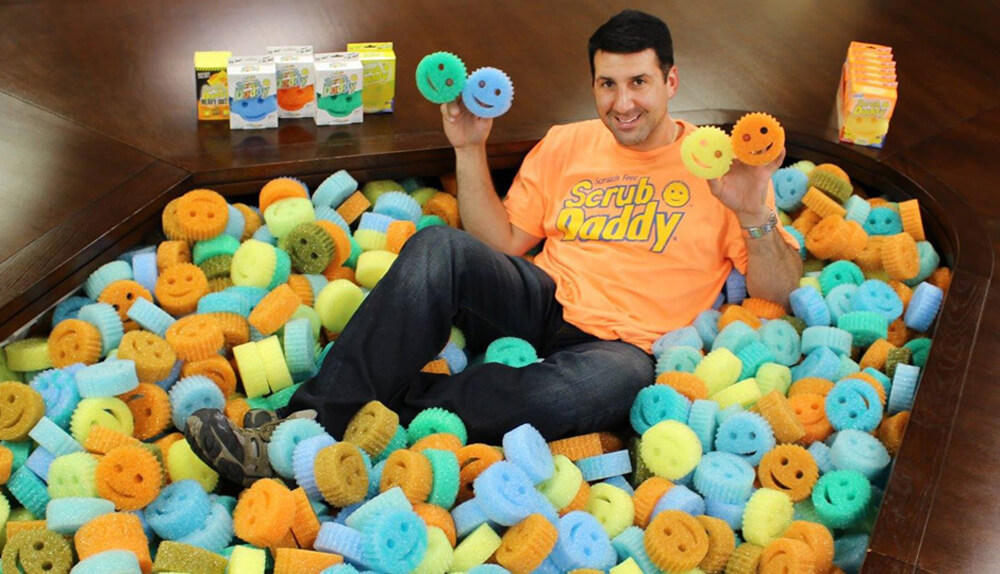 According to the Shark Tank start-ups TV show, Scrub Daddy’s sales have exceeded 100 million dollars. What made the company Aaron Cruise the most successful startup in the history of television shows. The investor considers the acquired 20% stake as a very profitable capital investment. The contract with Aaron Cruise brought him 75 million dollars in just three years. Fifty people work in a company that produces smiling lips.

Now the company Krauz successfully sells its sponge. Krauz changes the color, design, size of sponges so that the product does not become outdated. Today, among the company's products there is Scrub Mommy - a sponge made of two different materials, Scrub Daddy Lemon Fresh - a sponge with lemon flavor, Big Daddy - a rectangular sponge without the usual design and a number of different products for removing contaminants.

A Ukrainian-based startup recognized as one of the fastest-growing in the US: the success story of Stach Wozniak

Donald Trump is 72 years old: the success story and the rules of life of the president of the United States