Henley & Partners has compiled a traditional index of the world's strongest passports in 2021, writes CNN. 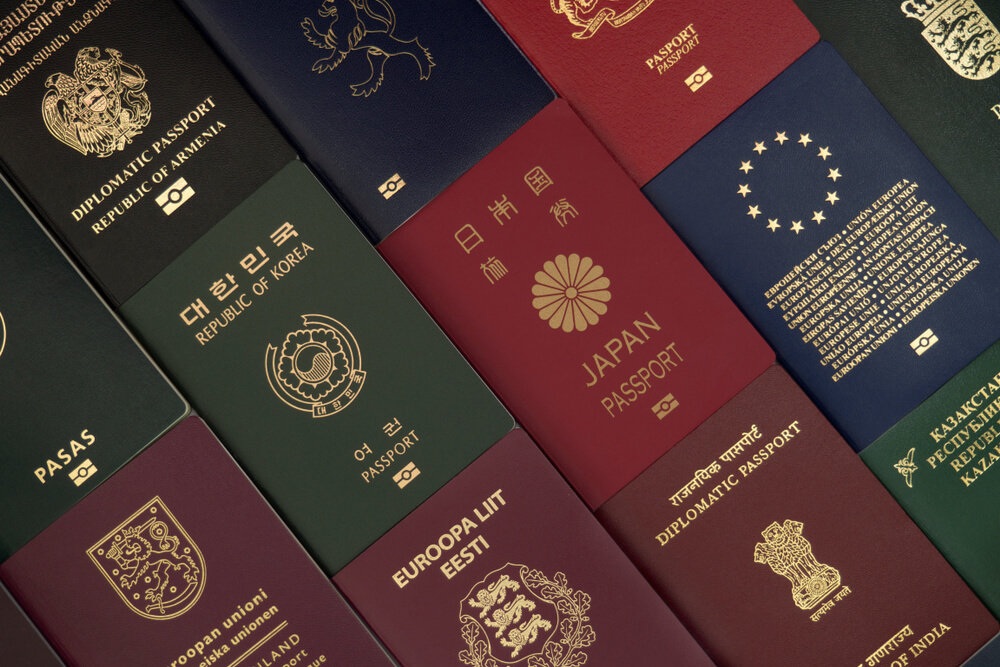 The gap in freedom of movement has never been greater, according to the latest report from London-based global citizenship and residence consultancy Henley & Partners.

The Henley Passport Index, based on exclusive data provided by the International Air Transport Association (IATA), has regularly tracked the world's most travel-friendly passports since 2006.

It says the increasing barriers to movement that have been imposed over the past 18 months of the Covid-19 pandemic have led to the largest gap in global mobility in the index's 16-year history.

The index does not take time constraints into account, so apart from actual current travel access, the top-ranked passport holders - Japan and Singapore - can theoretically travel visa-free to 192 destinations.

That's 166 more destinations than Afghan citizens, who are at the bottom of the list of 199 passports, and can only access 26 countries without requiring a prior visa.

Further in the top ten, the ranking remains virtually unchanged as we enter the final quarter of 2021.

The EU countries, as usual, dominate the top of the list, followed by Austria and Denmark in fourth place, and France, Ireland, the Netherlands, Portugal and Sweden in fifth.

New Zealand, which announced this week that it is ditching its Covid-19 elimination strategy in favor of a vaccine certification system, is in sixth place next to Belgium and Switzerland.

The United States and the United Kingdom, which together ranked # 2014 in 7, now occupy a more modest spot in the rankings. They are at number 185, along with the Czech Republic, Greece, Malta and Norway, with visa-free or on-demand access to XNUMX destinations.

Australia and Canada are in eighth place, Hungary in ninth, and Lithuania, Poland and Slovakia together came in 10th with a score of 182.

The Henley & Partners report points to "growing inequality" and suggests that "restrictive measures, originally introduced to contain the spread of Covid-19, are now conveniently applied to curb mobility from the global south."

Mehari Taddele Maru, Research Fellow at the Institute for Comparative Research on Regional Integration at the United Nations University, commented in the report that “the global north has been pursuing aggressive migration containment strategies for some time now through tight border controls that impede the movement of people.”

"The Covid-19 travel restrictions are a new addition to the suite of migration containment tools used by the global north to restrict mobility from the global south."

Christian H. Kälin, chairman of Henley & Partners and originator of the passport zip concept, says these decisions could have far-reaching implications.

On the subject: Compiled a list of 49 of the best urban areas in the world, two of them in post-world countries

“If we want to restart the global economy, it is very important that developed countries encourage internal migration flows, and not maintain outdated restrictions,” he says.

"Resourceful countries must protect their economies from the future by attracting and welcoming the younger generation."

Worst passports in the world

Certain countries around the world have visa-free or pay-on-arrival access in fewer than 40 countries:

110. Nepal and the Palestinian Territories (37)

What about the post-Soviet countries

The Henley & Partner List is one of several indices created by financial companies to rank global passports according to the access they give their citizens.

The Henley Passport Index covers 227 travel destinations. It is updated in real time throughout the year as visa policy changes take effect.

The Arton Capital Passport Index takes into account the passports of 193 UN member countries and six territories - the Republic of China Taiwan, Macau (SAR China), Hong Kong (SAR China), Kosovo, the Palestinian Territory and the Vatican. Territories annexed to other countries are excluded.

At the end of 2021, the United Arab Emirates ranks first with a visa-free / visa-on-arrival indicator of 152.