Home Educational program The inauguration of the President of the United States: interesting facts and traditions

The inauguration of the President of the United States: interesting facts and traditions

On January 20, the inauguration of US President-elect Joe Biden will take place. Due to the coronavirus, this will be a rather unusual ceremony. How it was in previous years and how some of the inaugurations were remembered, the newspaper said with the BBC. 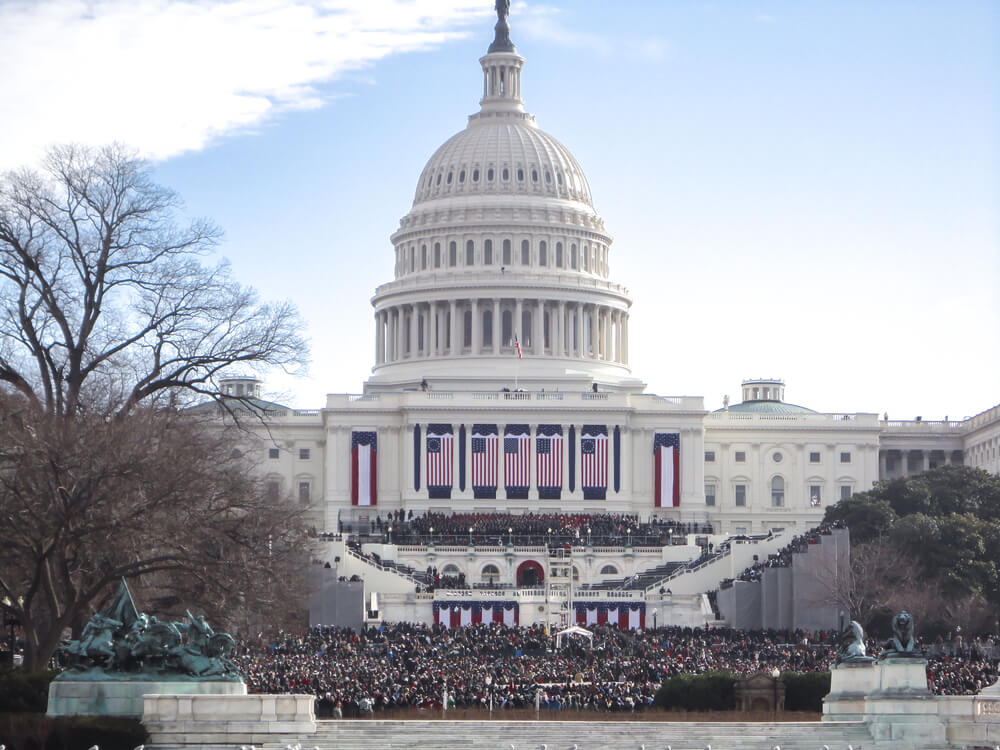 With the first rays of the sun on April 30, 1789, a large crowd began to gather at the door of President George Washington's house. At noon sharp, Washington arrived at the Federation Hall with a crowd. He wore an American-made brown camisole, white silk stockings and boots with silver buckles.

The 16th President of the United States, Abraham Lincoln, has won elections twice. He delivered his second inaugural speech on March 4, 1865, when the victory of the North over the South was already a foregone conclusion. Then there were only a few days left before the complete abolition of slavery in the United States.

But despite this, in his speech, Lincoln urged the northerners not to treat the defeated too harshly: "Do not judge, but you will not be judged," Lincoln recalled the Gospel lines. A little more than a month later, on April 14, 1865, Lincoln was seriously wounded and died the next morning. As it turned out later, his killer, John Wilkes Booth, was present at the second inauguration.

On the subject: Trump will not attend Biden's inauguration, breaking a long tradition

A similar fate awaited 25th President William McKinley. On September 6, 1901, six months after his second inauguration, he was wounded. He was shot in Buffalo (New York).

McKinley died of sepsis due to gangrene on September 14. His killer, the anarchist Leon Golgosh, was convicted and executed in the electric chair on October 29.

The 28th President Woodrow Wilson was a staunch pacifist. But the situation was such that, while in office, he had to side with Britain and France in the First World War.

He said: “Everyone is looking for and cannot find the reason why the war began. Their search is in vain, they will not find this reason. The war did not start for any one reason, the war began for all reasons at once. "

Franklin Roosevelt came to power during difficult times. His inauguration took place on March 4, 1933, when the United States was in the grip of the "Great Depression."

His 20-minute inaugural speech remains one of the most famous in American history: “First of all, let me state my firm conviction that the only thing we should fear is fear - the desperate, reckless, unjustified terror that paralyzes the efforts required to turn retreat on the offensive. "

This is the only president who has served more than 2 terms. His last, fourth inauguration took place on January 20, 1945. He died less than three months later, on April 12, 1945.

The 40th President of the United States, Ronald Reagan, is known for pursuing policies that reflect his own belief in personal freedom. During his tenure in the United States, inflation and unemployment fell significantly, while he sharply raised defense spending. Reagan's economic policy even got its own term: "Reaganomics."

On the subject: Joe Biden is 78 years old: how old were other presidents at the time of the inauguration

However, not all presidents liked this tradition. Balls, for personal and political reasons, canceled Franklin Pierce in 1853, because his son, Woodrow Wilson in 1913, because he decided it was too expensive, Warren Harding in 1921, because he wanted to demonstrate the whole country that one must live more modestly.

The inaugural balls were officially reinstated by Harry Truman in 1949. After that, their number began to grow due to the growing popularity. If in 1953 Dwight Eisenhower won two balls, then at the inauguration of John F. Kennedy in 1961 there were already five.

As for Barack Obama's inaugural balls, in 2009 there were 10 official and 121 unofficial.

Trump will not attend Biden's inauguration, breaking a long tradition

Biden's first 100 days: what he intends to change in the USA

Biden presented candidates for key positions: Republicans are silent, and Democrats are unhappy