Home In the U.S. Russian immigrant paid $10 for a short taxi ride in San Francisco

A woman was charged $10 for a taxi ride in San Francisco. When she contested the bill, things got even sadder, reports SanFranciscoChronicle. 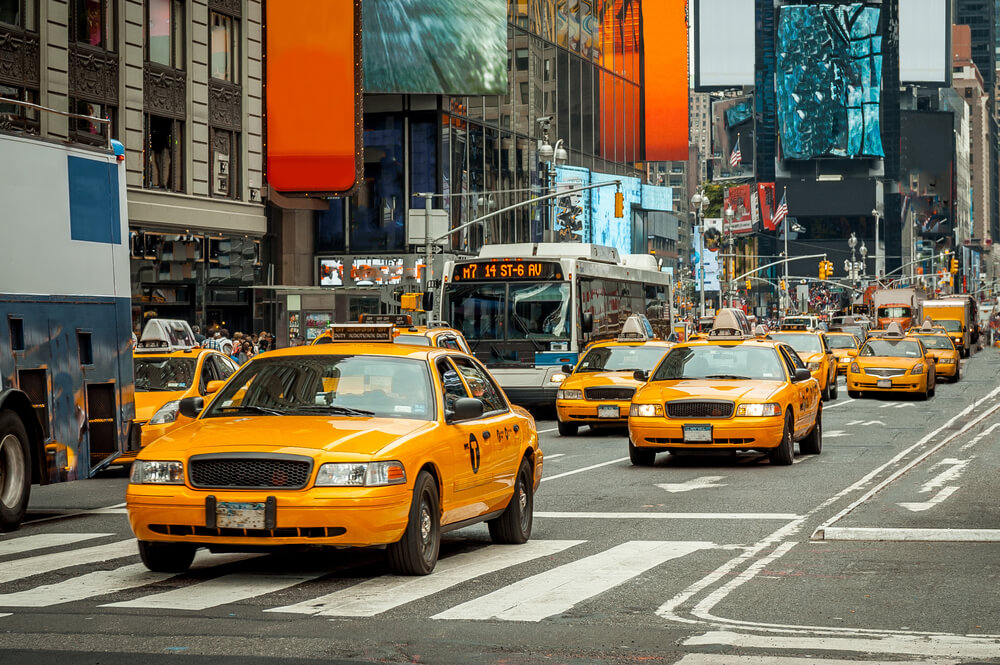 One September evening, Marguerite Becker and her husband Chris Schlesinger got into a San Francisco taxi. It took them 1,7 minutes to drive the 11 km trip to the rooftop birthday dinner venue.

Becker paid with a credit card using the driver's PayPal terminal after the taxi's built-in device failed to read her card. The meter showed a fare of $7,90, and she added a 25% tip for a total of $9,87. The driver said they would email her a receipt, which never happened.

A few days later, a bill came from her credit card. She was amazed to see that she was charged a whopping $9875 for this short trip, 1000 times what she was actually worth.

What happened seemed like an obvious mistake: the driver accidentally or deliberately entered an extra number. Becker called Bank of America, her credit card issuer, and reported the scam. In the end, the bank said it wasn't a scam, as the customer offered her credit card herself and she should have filed a billing claim, which she did.

On the subject: How much money is needed for a comfortable life in different states of America

“After examining the documentation, we found that the amount billed to you was calculated correctly,” the bank said in a letter.

For Becker, 51, a Russian immigrant who works as a medical translator at a local hospital, $10 is the equivalent of three months' rent and utility bills for her Redwood City home.

“Basically, it’s all my savings,” she said. “I won’t have any financial cushion left.”

Margarita called the bank many times, often crying at the same time. The agents told Becker that the merchant (referring to the taxi driver) stated that the transaction was legal and had a signed receipt, although it did not match the signature on her driver's license.

The woman began her own inquiries by talking on the phone for hours.

“I don't think the burden of the investigation should be on me,” she said. “The logic of Bank of America is that if the seller says it’s not a scam, then it’s not a scam, which leads to even more fraud victims like me.”

She has a lot of documents. Yellow Cab combed through its computer system and found a record that the ride cost $7,90. Her Google timeline showed that she had only been in the car for 11 minutes. The San Francisco Municipal Transportation Agency, which oversees taxis in the city, said it was clearly overpriced and contacted the driver to no avail.

PayPal told her that its only role was to provide a card reader, and her credit card issuer had priority in handling the case.

“Everyone, except for Bank of America, seems to see that they took a lot more money from me than they need,” Margarita said. “However, the only organization that can do anything is BofA and they keep telling me that the seller told them it was the correct payment.”

Jack Gillis, executive director of the Consumer Federation of America, believes Becker is caught between a rock and a hard place.

“She did everything right and still lost,” he laments. “It's very strange that a credit card company would balk at this, especially when the logic says otherwise: it's an erroneous charge. Unfortunately, she has very few options. If she doesn't pay, her credit score will go down and she will have credit problems."

To prevent overpaying, San Francisco taxis have a built-in payment terminal connected to the meter. However, the SFMTA allows drivers to use their own devices at the point of sale because they can sometimes get better rates on payment processing fees. Becker believes the city should end this policy.

“This is obviously a dire situation for Becker and we sympathize with her,” said Chris Sweiss, CEO of Yellow Cab. He says that in his four years with the company, "this is the first time such an egregious event has happened." Past overpayments were insignificant. In addition to finding the receipt, Chris called Bank of America on Becker's behalf.

The driver, who has not been named because he was not charged with a crime, "refused to cooperate" when Yellow Cab asked him to return the money, Swais said.

Taxi drivers are independent contractors, not employees. The driver rented a cab and medallion from Yellow Cab for $600 a week for about three months, Swais said, and stopped driving about a week after Becker's trip. Like all taxi drivers in San Francisco, he had a permit issued by the city after a criminal background check.

"This situation should never have happened," SFMTA spokeswoman Erika Kato said in an email.

Out of 3,5 million trips over the past two years, SFMTA has received only 26 complaints of overpricing and none of such a high amount, she said. The agency is investigating complaints to determine whether disciplinary action is warranted, which could include a warning or fine to the driver, and suspension or revocation of the driver's license. Kato said that in this case, "disciplinary action will be taken."

She contacted Becker and delighted her that she decided not to charge her.

A bank spokesman told Becker that he was already looking into the matter. Becker doubts this would have been possible without media intervention, as she has been sending emails, faxes, dispatches and tweets to the bank for more than three months.

Bank of America said in a statement that it investigates disputed transactions and "usually" initiates chargebacks, which means holding disputed funds from the merchant until the investigation is completed.

“However, sellers also have the option to dispute the chargeback,” the bank said. “In this case, the seller provided us with a copy of the signed transaction receipt, which confirmed the debited amount.”

The bank said in a statement that customers who do not agree with its decisions "may request a review and provide additional information, as the client did in this case."

Bank of America did not respond to questions about why it did not flag the unusually large purchase as suspected of fraud in the first place.

Becker wonders what might happen to other clients in a similar situation.

“What if I wasn’t so determined? What if I didn't have perseverance, English, investigative skills, and internet skills? she asks. “I would just be stuck with this account and it would wipe out all my savings.”

The US Army pays recruits with the knowledge it needs up to $ 50 thousand introductory bonus: who can get it

In the USA, flying cars began to be sold: how much they cost and how they work