Home Our people 'Grandiose international provocation': the United States and allies called on Russia to fulfill the agreements on Georgia

'Grandiose international provocation': the United States and allies called on Russia to fulfill the agreements on Georgia

11 years ago, Moscow recognized the independence of the two separatist regions of Georgia. 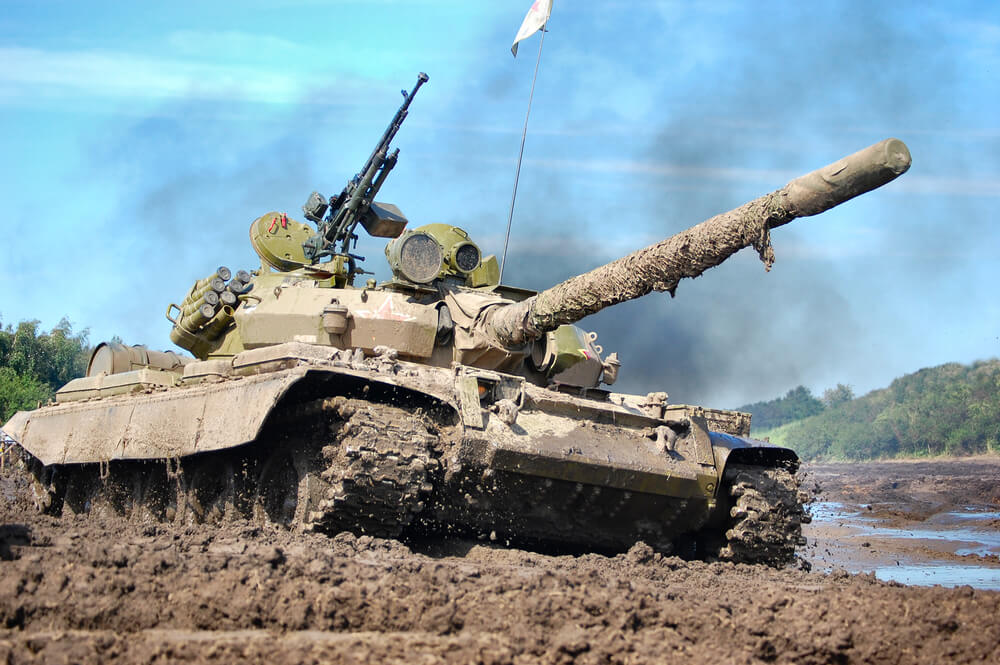 The United States and five European countries marked the 11th anniversary of the conflict between Russia and Georgia, urging Moscow to fulfill the agreements reached in 2008 and withdraw its troops to the positions they held before the outbreak of hostilities, writes “Voice of America".

After closed consultations within the UN Security Council, the ambassadors of Belgium, Estonia, France, Germany, Poland, Great Britain and the United States issued a statement in support of the independence, sovereignty and territorial integrity of Georgia.

During the presidency Mikhail Saakashvili Georgia made an unsuccessful attempt to regain control of South Ossetia, which led to a brief war with Russia, which began on 7 on August 2008.

Screenshot from a video posted on Facebook / Mikheil Saakashvili

Russia recognized the independence of South Ossetia and Abkhazia and created military bases there.

Six countries said they were “extremely concerned” about the strengthening of defense cooperation between Russia and the two regions, as well as the intensification of the process of demarcation of borders, which, in their opinion, was stretching the conflict and destabilizing Georgia and the entire region.

They again called on Russia to adhere to the agreements of August 12 and September 8 of 2008, which provide for obligations to withdraw the armed forces to positions occupied before the outbreak of hostilities, as well as the creation of an international security mechanism.

And about. Dmitry Polyansky, Russia's Permanent Representative to the UN, told reporters that Russia views this tragic event as part of history.

“Georgia paid a very high price for this tragic mistake made by former President Mikheil Saakashvili,” he said. “And we see that the only way to make relations in the Caucasus prosperous and reduce tension is through dialogue between Georgia and two independent states.”

“Unfortunately, the position taken by Western countries does not greatly contribute to this,” Polyansky added.

On the subject: "Local Russians do not like immigrants from their homeland": the story of a journalist from Russia who moved to New York

Blogger, former Secretary General of the Union of Journalists of Russia Igor Yakovenko believes that the war of 11 years ago showed that Russia finally turned on the imperial path. In his opinion, in particular, this is indicated by the way the operation was carried out, preceded by the provocative mass distribution of Russian passports to the residents of South Ossetia, and much more.

“In general, this, of course, was a grandiose international provocation, a violation of international law,” he says in an interview with the Voice of America. - A significant part of the territory was taken away from Georgia. Naturally, this is a situation that will not be settled in the foreseeable future. The conflict will continue, there is no end to it. And this is on Putin's conscience. "

According to Igor Yakovenko, thanks to the shredding process, which implies the bribery of Western elites, Moscow then managed to avoid the most serious consequences. Nevertheless, in his opinion, it was this war that in general led to the isolation of Russia: “No one recognized the two self-proclaimed republics (South Ossetia and Abkhazia). Both of them laid a rather heavy burden on the shoulders of the Russians. There were absolutely no benefits for the country. But relations with Georgia at the state level were completely ruined. ”

On this topic: 'What to hold on to? ': How does Crimea live 5 years after the referendum

In general, Moscow continued to surround itself with a ring of enemies - countries in which both the government and the peoples are ill-disposed towards Russia, the journalist concluded.

In turn, the head of the Union of Right Forces socio-political movement, Leonid Gozman, believes that Moscow then tried to solve certain ambitious, geopolitical tasks that "have nothing to do with the real interests of the country."

“As a result, we achieved the weakening of Georgia,” he added in a commentary to the Voice of America. - Russian troops control 20 percent of its territory, and our tanks are forty kilometers from Tbilisi. Georgia was sharply slowed down on its way to the European Union and NATO. In this sense, the goals have been achieved. But whether the Russians have started to live better is a rhetorical question. "

At the same time, the strategic goals that the Kremlin leadership is striving for are not achieved at all: the restoration of at least some form of the Russian empire, the politician is convinced. It seems to him that the implementation of these tasks, on the contrary, has been postponed and is now generally unattainable: “All of Moscow’s policies of the last period have led the former Soviet territories, on the contrary, to strive to move away from it as far as possible. And in this sense, Georgia is absolutely lost, just like Ukraine, and it will never act in normal alliance with us. This is one of the results of that crazy war. ”

In addition, in the course of this campaign, all those methods that were used by Moscow and later were clearly manifested: demagogy, lies and complete disregard for their international obligations.

“There was a Medvedev-Sarkozy plan to withdraw Russian troops. But in reality, as always, everyone in the Kremlin was deceived, ”concluded Leonid Gozman.

At the same time, experts agreed that if the collective West had taken an unconditionally tough and principled position towards Russia, this would probably have avoided Ukrainian crisisleading to many victims and a huge number of warped destinies.

US withdraws from rocket treaty with Russia: is the world waiting for a new cold war

Five years of the Kremlin’s retaliatory sanctions against the United States: how prices and assortment in Russian stores changed