The US State Department told the families of US Embassy employees living in Ukraine to start evacuating as early as Monday. Writes about it Daily Mail. 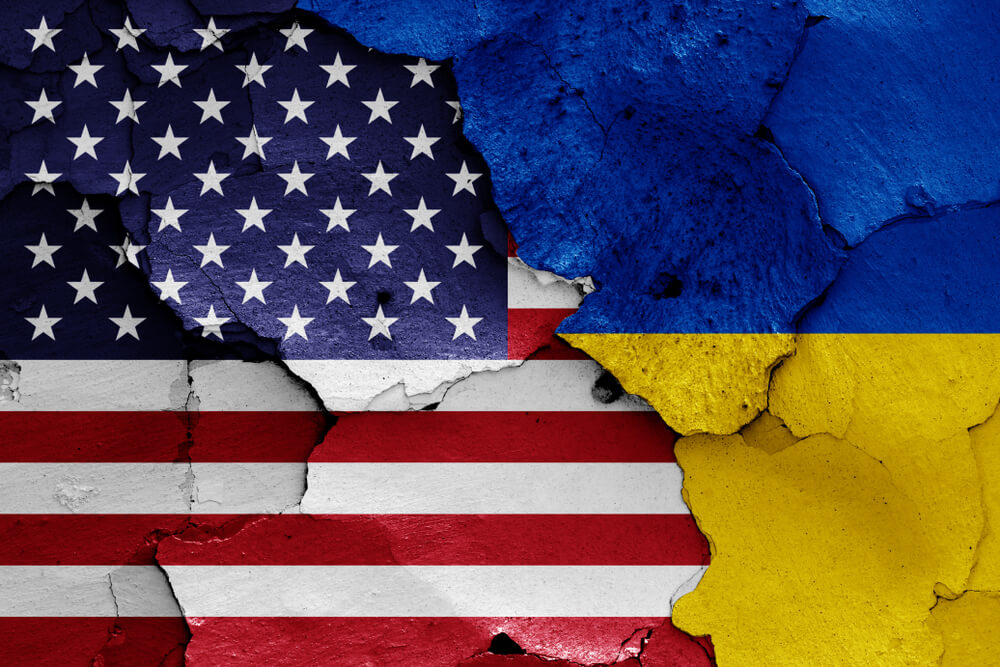 The department is expected next week to tell Americans in the country to take commercial flights "while they're still available."

The order comes after US Secretary of State Anthony Blinken and Russian Foreign Minister Sergei Lavrov met on January 21 in Geneva for important talks on the Ukraine crisis.

Ukrainian President Volodymyr Zelensky has predicted a "large-scale" war with Russia if the Russian Federation tries to occupy the industrial city of Kharkiv, which he says is a target due to its large Russian-speaking population.

Blinken said that in negotiations "there were no breakthroughs" in an attempt to prevent a war with Ukraine.

On the subject: Pirate version of Donetsk: Ukrainian woman told how she went to her hometown, where she lived before the war

Kharkiv, in eastern Ukraine, is the former Soviet republic's second-largest city, with a population of about 1,4 million, and Zelenskiy believes that's an "achievable" goal for Vladimir Putin.

After meeting with President Zelensky, Blinken warned that Russia could attack Ukraine "in very short order."

Earlier this week, Blinken met with President Zelensky. The Biden administration said it would provide the country with an additional $200 million in defensive military assistance amid growing fears of a Russian invasion.

Blinken told embassy officials in Kiev: "We know there are plans for even more build-up of Russian forces near the border in a very short timeframe."

He argued, among other things, that a peaceful diplomatic solution is still a priority, but emphasized that the situation depends entirely on the actions of Russian President Vladimir Putin.

“I really, really hope that we can resolve this diplomatically and peacefully, but in the end it will be the decision of President Putin,” Blinken said.

Biden warned that any movement of Russian troops across Ukraine's border would constitute an invasion and that Moscow would "pay a heavy price" for such actions.

“I have been absolutely frank with President Putin,” Biden said. “He has no misunderstanding: any action across the Ukrainian border is an invasion.”

When asked if Russia was afraid of Ukraine, Lavrov said: "We are not afraid of anyone, not even the United States."

In Moscow, the Kremlin reacted lukewarmly to a parliamentary initiative to recognize two pro-Russian self-proclaimed regions in eastern Ukraine as independent states, noting that it was important to avoid moves that could heighten tensions.

Kremlin spokesman Dmitry Peskov said that in such an unstable situation, it is important not to try to score political points.

German Chancellor Olaf Scholz and British Prime Minister Boris Johnson held a telephone conversation and released a statement warning that Russia would pay a "significant and serious price" if it invaded Ukraine.

Both leaders agreed that "further Russian military aggression against Ukraine must be prevented" and that the escalation of the situation would have serious consequences.

Even rejecting basic Russian demands, the Biden administration has said it is ready to talk to Moscow about security concerns.

One of the United States' proposals is to restore restrictions on missiles in Europe that were set in the Intermediate-Range Nuclear Forces Treaty, a Cold War-era agreement that the administration of former President Donald Trump terminated, accusing Moscow of violations.

In addition, the Biden administration has offered greater transparency in military exercises. Russia has not rejected these proposals, but says its main concern is Ukraine.

British Foreign Secretary Liz Truss warned Putin to "refrain and back off" from Ukraine and not make a "major strategic mistake".

“The invasion will only lead to terrible chaos and loss of life, as we know from the Soviet-Afghan war and the conflict in Chechnya,” she said.

On the subject: US supplied Ukraine with lethal weapons: Blinken promised to respond to the Kremlin in writing to the ultimatum

“We need everything to be decided. Together with our allies, we will continue to call on Russia to de-escalate and engage in discussions. What is happening in Eastern Europe matters to the whole world,” said Liz Truss.

Moscow insists it is not planning an invasion, but at the same time has put forward a number of demands, including a ban on Ukraine's accession to NATO, in exchange for de-escalation.

Washington dismissed Moscow's demands as "unacceptable" and NATO chief Jens Stoltenberg said the alliance "will not compromise on fundamental principles such as the right of each country to choose its own path."

Upping the ante, Russia announced new naval exercises in which it will send "more than 140 warships and support vessels, more than 60 aircraft, 1000 pieces of military equipment and about 10 troops" to the Atlantic, Pacific, Arctic and Mediterranean Seas. .

The announcement followed an angry denunciation by the Kremlin of what it called Biden's "destabilizing" remarks when the American leader promised a "tough" response to any invasion of Ukraine.

Russia has already held joint military exercises with forces from the former Soviet republic of Belarus, which also neighbors Ukraine.

A US official said the exercise could portend a permanent Russian military presence, involving both conventional and nuclear forces, in Belarus.

The West has repeatedly warned Russia that it will have to pay a "high price" in economic and political sanctions if it invades Ukraine.

Pirate version of Donetsk: Ukrainian woman told how she went to her hometown, where she lived before the war