Since the establishment of the Secretary of State's International Women of Courage Award in March 2007, the Department of State has awarded more than 155 women from over 75 countries, according to the official Online. 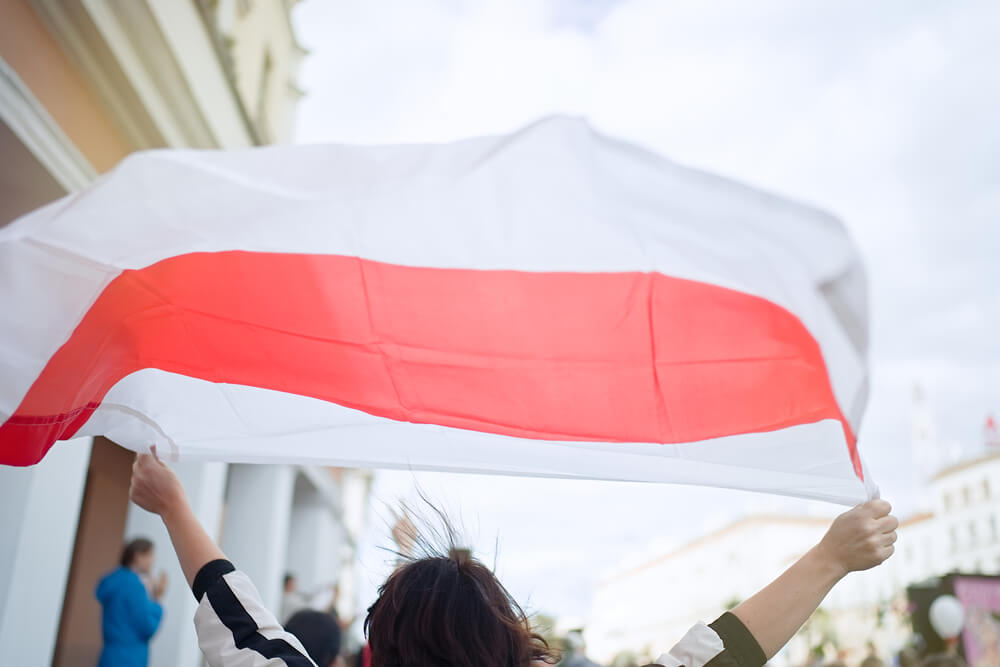 According to the website, the Secretary of State's International Women of Courage Award recognizes women from around the world who have demonstrated exceptional courage and leadership in promoting peace, justice, human rights, gender equality and the empowerment of women, often at great risk and sacrifice.

Typically, awardees are invited to Washington DC to receive awards from the first lady and secretary of state, for a ceremony on International Women's Day (March 8), or something similar. The laureates then travel across the United States to participate in specially designed International Visitor Leadership Programs. Their program visits culminate in a dinner hosted by American Women for International Understanding, which also provides laureates with special grants to continue their work at home.

On the subject: US bans entry to 43 Belarusian citizens supporting Lukashenka's regime

As recalled Reform.by, Maria Kolesnikova, ex-head of staff of former presidential candidate Viktor Babariko and one of the leaders of the Coordination Council of Belarus, in early September tore her passport when representatives of security agencies tried to take her out of Belarus. After that, she was detained. 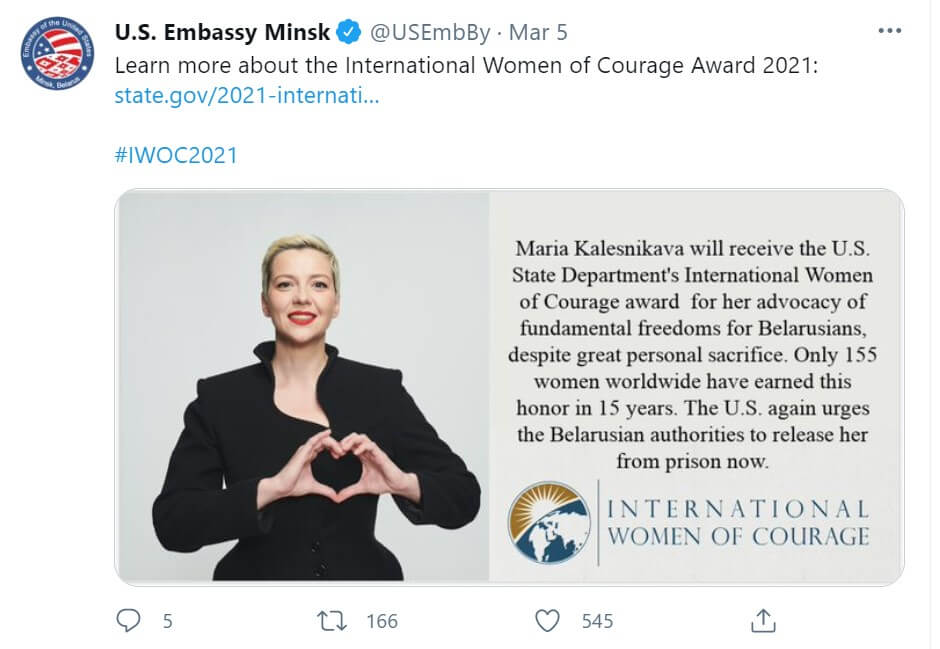 On September 11, 2020, Amnesty International recognized Maria Kolesnikova as a prisoner of conscience, writes "Wikipedia"... On November 19, 2020, US Ambassador to the Organization for Security and Cooperation in Europe Jim Gilmore issued a statement calling for the immediate release of Kolesnikova as "an important step towards national dialogue."

Due to the COVID-19 pandemic, the ceremony and follow-up will take place virtually this year. In addition to Maria Kolesnikova, here are the other award winners:

The broadcast of the ceremony can be viewed here:

Not Georgia, but Sakartvelo: why countries change their names