Home loudspeakers Where to go in the US for seasonal work

Where to go in the US for seasonal work 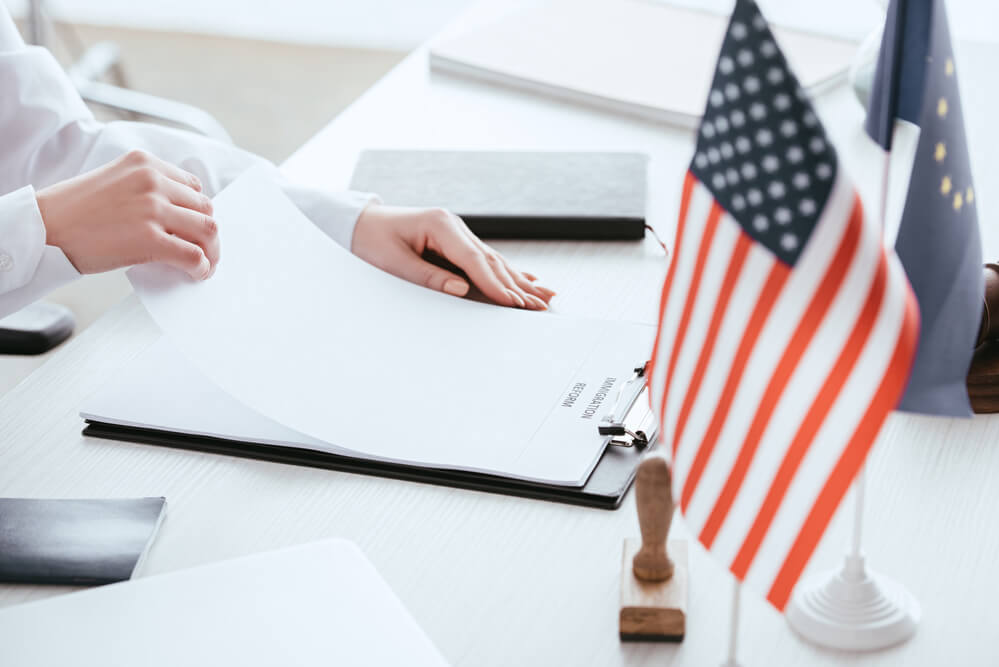 The relatively small town of Key West (only 3,2 by 6,4 kilometers) on the island of the same name, which completes the unique Florida Keys archipelago, annually accommodates a surprisingly large number of expats who come here with one main goal - to make money. Of course, there are no official statistics, and no one knows exactly how many people come to Key West to work seasonally. But the fact that there is always a demand for “skillful hands” on the island is confirmed by everyone here.


Key West is the zero kilometer of the United States, the island of the pirates of the Caribbean, the favorite place of Robert Frost and Ernest Hemingway, where the writer lived for exactly 9 years and left behind a house-museum and many cats on the island, whose descendants still walk around the island and even protected by law. The town was once famous for factories, artists, writers and at one time was even more developed than the legendary Miami. Now this is an absolutely tourist place, where Native Americans traditionally like to come, booking the same hotels from year to year and visiting the ancient bars of the main street Duval street in Old town. Demand creates supply. That is why the labor force is always useful here, and only the lazy is left without work.

You can hear the Russian language here literally at every corner. Almost all the bars, restaurants, hotels and shops of the tiny town are served by visitors from the former CIS republics. Work can be easily found, even if you still do not have a language. Such positions in the labor market of old Key West as a cook, a housekeeper (cleaning of hotel rooms) do not require knowledge of English, since they do not need to communicate with customers. And if the cleaning at the hotel is paid around $ 8 per hour, then cooks already get $ 11 per hour. And with the 5 daily schedule and working on 8 hours per day, it is quite possible to earn up to $ 2 thousands per month.
As a rule, those who come here to work, get 2 or even 3 jobs. Employers are happy to adjust to the employee's personal schedule and make all kinds of concessions, if only the person would come to him. Some, after a year of work in Key West, return home and buy their own houses, apartments and cars. These are quite real stories if you "shrink" in the conditions of living in America and purposefully save money.

Waiters and bartenders are in the lead in the ranking of the most paid jobs. About $ 8-10 per hour, but the most important thing is the tip. Experienced people say that in the high season, which lasts from November to April, you can earn up to $ 600 a day on tips. However, these vacancies will already require at least intermediate spoken English. After all, people come to the bar not only for a drink, but also to talk heart to heart.

Sergei came to Key West 9 months ago. On a tip from friends who, on a Work & Travel visa, once came here to work and learn the language. He mastered it quickly. First I found my first job for 40 hours a week, and then my second. On the first, he is a foodrunner - a person who helps a waiter to bring an order to the table. The salary is relatively small - $ 5 per hour, but the tip does its job, and, as a result, Sergey gets up to $ 120 per day. In his second job, he is an assistant cook - here he already has a salary of $ 11 per hour. Sergei has already improved his English, but he is not going to change anything yet. He has everything planned - no days off and clear goals for the future. In a year, he plans to make a deposit to an apartment under construction in St. Petersburg, and in a year to pay it in full. Sergey makes about $ 3000 a month. He is not fussy, so he takes a bed for $ 450, a couple of hundred goes to food and other expenses, and the rest goes to the piggy bank.
With the language in Key West, people are required both in shops and in hotels - at receptions and in managerial positions, which, as a rule, already go to those who have lived on the island for some time and learned English. “It's not that hard to do it - the language is very good here,” says Diana, manager of one of the hotels on Duval street. She has been here for 5 years. At first she worked as a waitress, learned the language, now she has grown to become a supervisor. She went to a special school where you can take English courses for only $ 57 for six months. There are also volunteer organizations in Key West, and as part of the promotion of the classical literary language, they will study with you completely free of charge and even individually.

Without good English, you can also go to work as an engineer, plumber, car washer or repairman of cars, apartments, if you have such skills. Contractors are the people who help find employment here - they say that everyone can find work. In addition, as we managed to find out, about 7 Russian-speaking contractors have been officially working in Key West for a long time. For each employed, they receive a percentage every day and they feel quite good on the island. However, you can find work without them by reading ads in the local newspaper Citizen and personally bypassing hotels, restaurants and shops.
Work immigration in Key West has been around for a long time. There are many Slavs here. There is even a Russian store and a Russian party on Tuesdays, where everyone communicates and discusses pressing matters. The only difficulty is with housing. There is not much of it, but the demand is great, which makes landlords keep the price and raise it for the season. One-bedroom unfurnished apartments can be rented here for an average of $ 1700. It is not cheap. In Miami for this cost, housing will be higher class and more.

Russians, Ukrainians, Uzbeks, Kazakhs and others prefer to rent housing together - to share a 3-room apartment for 5-8 people, depending on their personal preferences for housing. But if there is a goal to accumulate funds and temporarily "shrink" in conditions, then, as a rule, people choose just this option.
The small southern town of Key West does not require the cost of warm clothes, pleases visitors with the daily sun, white sand beaches. It is quite possible to get around here by bike, which can be bought for $ 50, or by scooter. But the most important thing that attracts many here is the opportunity to work without documents. Historically, immigration checks in Key West are rare, and when they happen, everyone is warned in advance.

By the way, last year's check made almost all shops and restaurants on the main street Duval street stop working one day, which, according to stories, created a complete collapse in the city - tourists had nowhere to eat and drink. So, such experiments are obviously rare here, and the migration services simply turn a blind eye to this “pirate” island of white sands and delicious Cuban coffee.

How to move to the United States: the option of work or investment

Where America Begins: A View From Zero Kilometer

From Poor to Rich: How Russians Live in Miami

South Florida: 10 nontrivial places to travel with the whole family