Home New York A city of fashionistas, yellow taxis and luxury apartments: 5 myths about New York come from the movies

A city of fashionistas, yellow taxis and luxury apartments: 5 myths about New York come from the movies

The Big Apple has made many films. Thanks to this, viewers have enduring myths about this metropolis. Study America founder Maria Gurieva helps site InStyle.ru to figure out which facts about New York are true and which are the fiction of the directors. 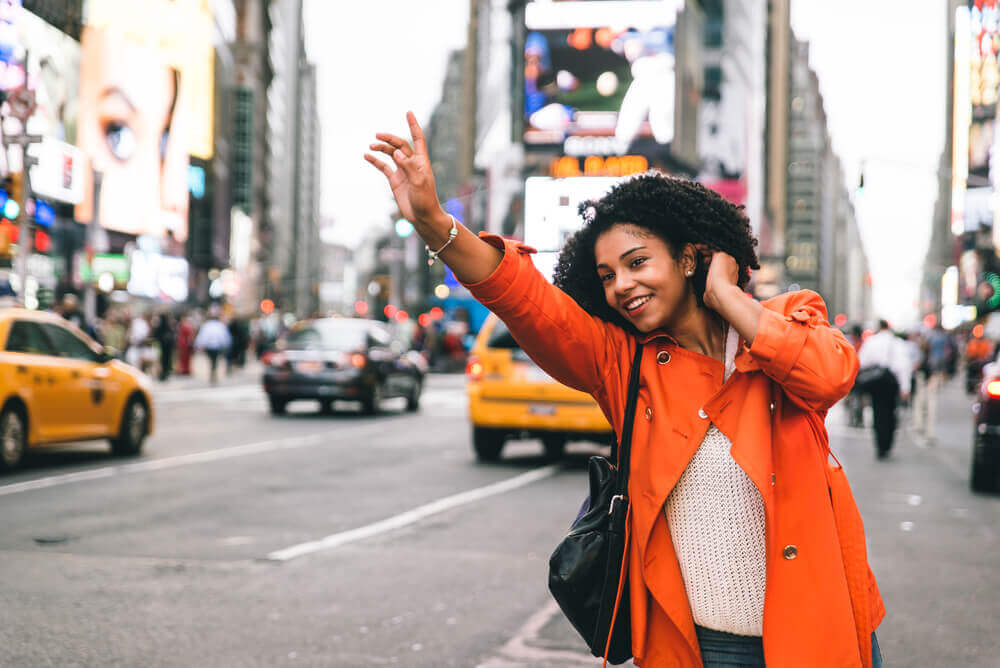 This stereotype came from the movie, namely from the movie “Breakfast at Tiffany's”. The main character loved croissants and takeaway coffee. But she did not like to cook, and used the refrigerator as a cupboard, where she kept her shoes.

New Yorkers rarely really cook, perhaps because they don’t have such a need - there are a lot of establishments around for every taste and budget. This happened historically, as there are many migrants in the Big Apple who open restaurants with authentic dishes. Even within the same street you can find places for every taste.

“If New Yorkers regularly go out for lunch, they prefer different places: today is a French restaurant, tomorrow is Filipino, the day after tomorrow is Thai, and so on,” Gurieva explained. “Residents of the city love variety, which is not, for example, in San Diego and Los Angeles - the trend for Mexican cuisine prevails there, and everyone is obsessed with it.”

Only a few in New York prepare breakfast at home. Most likely, a resident of this city will buy pastries and coffee-to-go in a coffee shop, there are a lot of them here, or he will prefer yogurt with granola. “For brunch (brunch) New Yorkers like to take egg dishes in the cafe (Benedict eggs are especially popular) with avocados and muffins for dessert,” she said.

Films often show heroes living in spacious apartments. For example, the characters of the sitcom “Friends” rent apartments with large living rooms. The heroes of the series “How I Met Your Mother” also have a huge living room, a couple of bedrooms, a kitchen and access to a gorgeous roof.

But reality is not much like what we see in the movies. Maria Guryeva says that the average housing in New York is not impressive in size: the apartments are very small, and real estate in general is a sore subject for citizens and visitors because of the high cost. The housing problem is so acute that on the Internet in recent years there have been many memes on this topic.

In New York, the normal situation is when several people share one apartment. They occupy different bedrooms and meet in the living room for dinner. “The Americans do not perceive the living room as a separate room - for them, this is another non-residential premises along with the kitchen and hallway. When realtors talk about a one-room apartment (1 Bedroom Apartment), it is understood that the apartment has both a bedroom and a living room, ”the report said.

In Russia, such apartments are usually called one-bedroom apartments. And for Americans, this is a typical layout, which is found not only in New York, but also in other cities in the United States.

However, usually no one lives in the living room, since this is a common passage room - it serves as an entrance hall, kitchen, and dining room. “However, it happens that enterprising Russians rent the living room as a separate room to our compatriots,” Gurieva said.

Many people think that New Yorkers travel around the city exclusively by taxi. This stereotype was also formed thanks to the movie. The characters in the series “How I Met Your Mother” used this mode of transport so often that a driver from Bangladesh named Ranjit almost became one of the members of their company.

In fact, typical New York is the subway. “Almost no one has personal cars in the city, with the exception of those who live outside the city or far from Manhattan. The reason is that it is very difficult to park cars in New York - the city is designed in such a way that it is almost impossible, ”the author explained.

New Yorkers prefer the subway. This is a more convenient and faster way to get around the city. The metro covers the whole city, and the stations are close, they are very easy to find, literally in every quarter. “Everyone uses the metro in New York - you can meet guys from Wall Street, tourists, and officials there. There are a lot of musicians and artists in transitions - making transplants, you can get to 3-4 free performances. And the stories that the mayor may turn out to be a neighbor in the car are absolutely true, ”says Maria Guryeva.

Taxi in the Big Apple is really a lot, mostly yellow. But they take it when for various reasons they do not want to go down to the subway. For example, after a party or when you need to get somewhere in a presentable way, because the subway in New York is very dirty.

By the way, in recent times, rarely anyone catches a taxi on the streets as shown in the movies. Most people use Uber - it’s both more convenient and cheaper.