Home In the U.S. 'Grief covers the face': Jill Biden shared her impressions of a trip to Ukraine

Recently, US First Lady Jill Biden visited Ukraine, where a full-scale war has been going on for almost three months. She shared her impressions of her trip and told how what she saw changed her. The full text of Jill Biden's comment was published by the publication CNN. ForumDaily decided to translate the text in the first person to maintain an immersive atmosphere. 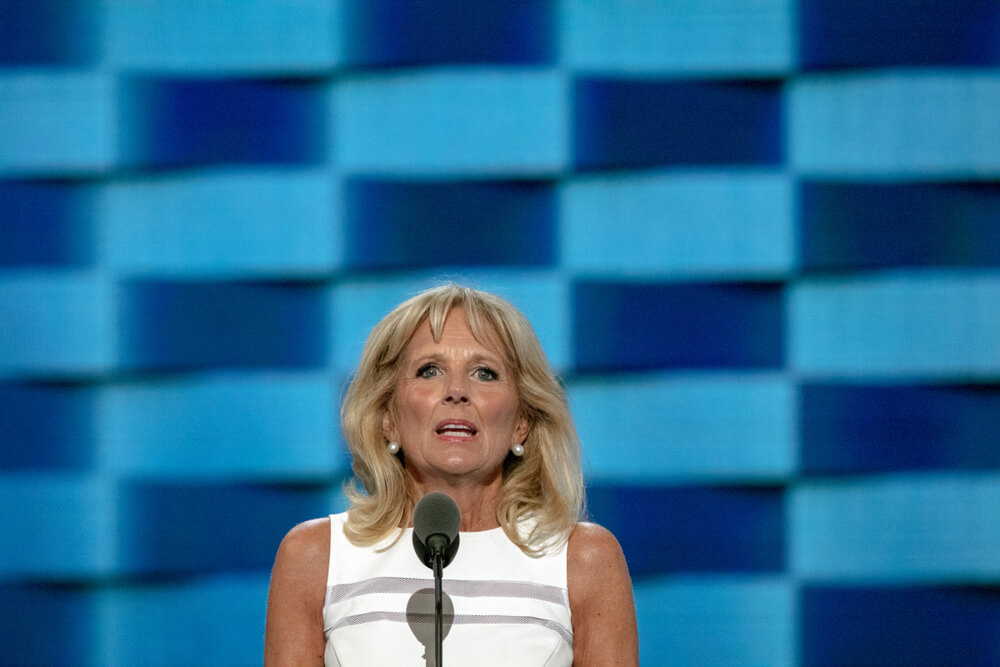 You cannot enter a war zone and leave unchanged. You don't have to see grief with your eyes because you can feel it with your heart.

The fact is that grief covers the face. As if the fog had descended. Mothers' tears are constantly at the corners of their eyes, as if they can barely contain their sadness. They take their children by the hands or touch their hair as if they are afraid of losing their physical connection. They have bold faces, but their emotions are displayed in the tilt of their shoulders, in the movement of their bodies. But there is no laughter.

Ukrainian mothers in the Romanian and Slovak schools I visited told me of the horrors of the bombs that fell every night as they tried to find shelter on their journey west. Many had to live for days without food and sunlight, hiding in underground cellars.

On the subject: Freedom wears yellow-blue clothes: coins with Ukrainian symbols were issued in the USA

A young mother I met in Uzhhorod (Ukraine) told me that when she and her family went out to find food, Russian soldiers fired on the lines of people waiting for a piece of bread. These Ukrainian mothers were so grateful to the people of Romania and Slovakia for their support! As another mother, Anna, told me, “our hearts have no boundaries.”

The border guards told me stories about thousands of people with few things that crossed Slovakia. This is a sea of ​​desperate people whose lives were forever changed on February 24, the day of the Russian invasion, which became the continuation of a war that began many years ago.

In the cold of February, many of them walked more than a mile without shoes. They ran in fear with one desire inside - to return home. The XNUMX-year-old came by himself with a phone number written on his hand to contact his family. And pets traveled with people.

“We were not ready for this,” the border guards told me.

Elena Zelenskaya, wife of the President of Ukraine, came out of hiding leaving her own children to visit me and ask for help for the people of her country. She did not ask me for food, clothes, or weapons. She asked me to help her get psychological help for all those suffering from the consequences of Vladimir Putin's senseless and cruel war.

She told me about the rape of women and children and about the many children who had seen how people were shot and killed, how their houses were burned.

“I want to go home as soon as possible,” she told me. “I just want to be with my kids.”

We congratulated each other on Mother's Day. I told her that I came to Ukraine to show Ukrainian mothers that we support them, and I brought with me the hearts of all the American people.

“Thank you,” Zelenskaya replied. “Ukrainians are so grateful to the American people for their support.”

Kahlil Gibran once wrote, "The deeper sadness enters your being, the more joy you can contain." I hope this is true for the mothers I have met. But that can only happen when this war is over.