Home Incidents Fires in California have reached unprecedented proportions in history: even a new term was needed

Fires in California have reached unprecedented proportions in history: even a new term was needed

In August, researchers warned that the word Gigafire would have to be added to the lexicon to describe the California wildfires. Now this word has become part of history. Writes about it Gizmodo. 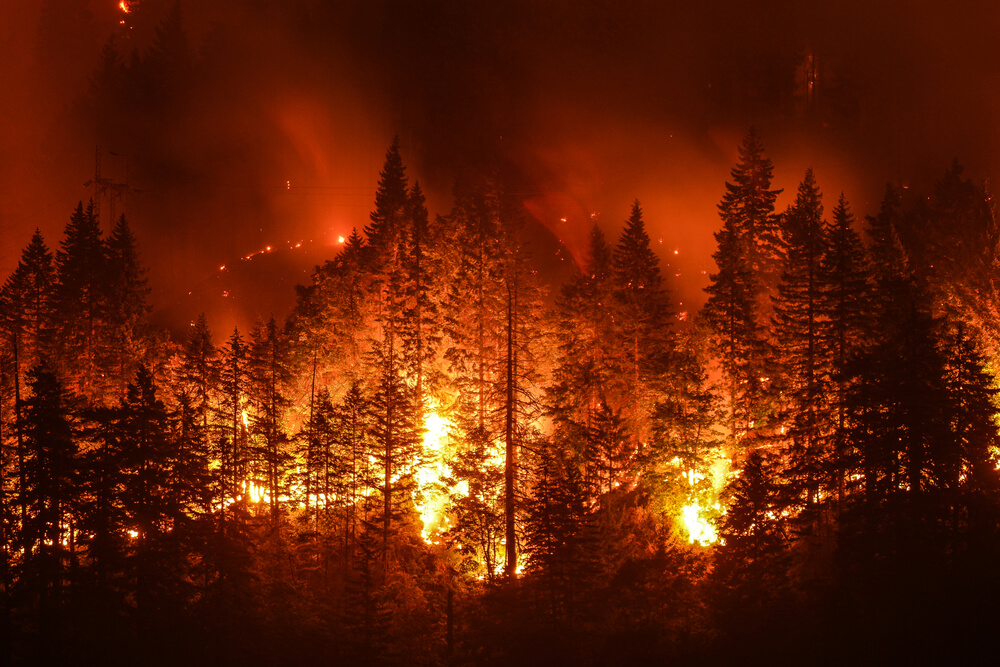 On Monday, October 5, the August Complex in Northern California surpassed 1 million acres (404 ha) - the threshold for a giant fire. This is the first giant fire in modern California history to more than double the total area burned in the previous record-setting fire.

The August Complex is a series of fires that would have made it into the record books by themselves. But the fires, which started from lightning in mid-August, merged into one monstrous fire, the area of ​​which exceeds the size of Rhode Island. The fire is localized only by 54% and is located in rugged remote mountains in seven districts. Conditions are favorable to keep it burning, with Cal Fire noting that on Monday "temperatures will be 10-15 degrees Fahrenheit (6-8 Celsius) above normal and relative humidity values ​​will drop to a minimum."

August Complex has many records. It is more than double the size of Mendocino Complex. The fire, which started in 2018, was the largest wildfire ever recorded in California before the August Complex, which became the Gigafire (giant fire).

Gigafire is the term scientists use to describe large-scale fires that span over 1 million acres. Gigafire was in Australia earlier this year. While there have been similar fires in the United States before, this is the first in over a decade. The most recent wildfire, which burned more than 1 million acres of land designated by the National Inter-Agency Fire Center as a "historically significant" fire, was the Taylor Complex in Alaska in 2004.

However, these types of explosive, uncontrolled fires are likely to become more common as the planet heats up. Analysis by Climate Central found that major wildfires are three times more common in the West since the 1970s, while the bushfire season lasts more than three months. This is at only 1,8 degrees Fahrenheit (1 degree Celsius) warming.

#wildfires in Northern #California have prompted #evacuation orders for 80,000 people, as 8,500 structures are under threat across the region.#Firefighters are now working to defend the 177,000 residents of Santa Rosa, Calif., from the flames. pic.twitter.com/XzHrfARCpt

The weather is expected to become hotter and drier in the future, creating conditions for forest fires. At the same time, decades of rapid population growth on the border of wilderness and cities have only worsened the situation, increasing the risk to human life and their property.

This trend is especially acute in California. According to the state agency Cal Fire, 17 of the 20 largest fires have occurred since 2000. A record four out of five, as well as 20 smaller devastating fires, raged in 2020. As the Santa Ana and Diablo wind season is still ongoing, the possibility of new dangerous fires igniting or the spread of current fires is a very real threat.

'Nobody buys wine with hints of smoke': California wineries suffer damage due to fires