Home In the U.S. February chill in April: weather in the northeastern United States will sharply worsen

February chill in April: weather in the northeastern United States will sharply worsen

After a delightful Tuesday, March 30, with sunshine and gentle breezes, temperatures are forecast to drop sharply by April 1 across much of the northeast. Forecasters AccuWeather winter weather is said to be "no joke." Some parts of the region are forecast to experience snowfall and cold winds to heighten the feeling of winter later this week. 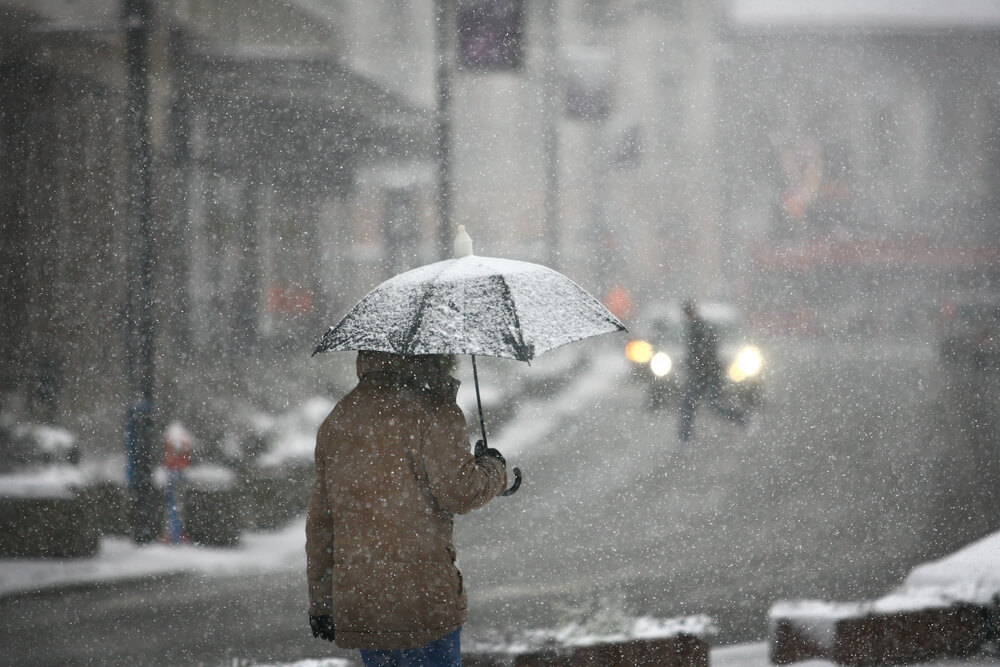 Early April will be more like mid-February, especially Thursday through Friday - April 1st and 2nd.

The advancing cold front will trigger a transition to colder weather in the West-East territories in the second half of this week.

“This is a roller coaster here in the northeast,” said AccuWeather meteorologist Brittany Boyer. "Everything changes from the feeling of spring to the feeling of winter."

The rain associated with the cold front triggered a change in temperature from the Appalachians to the west on Wednesday, March 31st. In many areas of West Virginia and western Maryland, Pennsylvania, and New York State in the west, temperatures were no higher than 50 ° F (10 ° C), and in some cases began to drop during daylight hours.

Further east, millions of people experienced another mild day on March 31 with temperatures of 60 ° F (15,5 ° C) across much of the Interstate 95 corridor. In some places, temperatures even approached 70 ° F (21 ° C). However, the air on the East Coast will also be colder.

Temperature drops in the Appalachian Mountains and areas further west will become more dramatic from Wednesday evening to Thursday morning (March 31 - April 1) as the storm moves northeast along an erratic cold front.

Buffalo, New York; Pittsburgh, as well as Charleston, West Virginia, are among the cities in which a small amount of snow can be expected in the evening on March 31. However, ridges in the central and northern Appalachians, as well as some cities even at lower altitudes, can collect several inches of snow. Cities such as Rochester, Syracuse, Elmira and Binghamton, New York; Bradford and Mount Pocono, Pennsylvania; and Montpellier, Vermont, snow can be raked and removed with snow plows.

On the subject: In one of the US states, an emergency was declared due to forest fires: hundreds of people are being evacuated

About a foot (30 cm) of snow is predicted to fall on the ridges and peaks of the Adirondack Mountains in northeastern New York State. Meteorologists expect much less snow to accumulate on roads than on lawns and car roofs.

AccuWeather meteorologists warn that some areas may have hazardous conditions. In places where the April sun warms the road surface, it will most likely be just wet. However, bridges and road surfaces in higher elevations can cool faster, resulting in slush. This can make driving especially difficult for those on the highways, and motorists will need to remain vigilant when traveling through the central and northern Appalachians. It is possible that some of the heights in West Virginia and West Maryland will be covered with 3-6 inches (7,5-15 cm) of snow.

No significant snowfall is expected along corridor I-95 in the northeast - heavy rain will fall there. But several snowflakes may fall in the northern and western suburbs of Philadelphia and New York at the end of the storm on Thursday, April 1.

And in areas where snowfall accumulates, the danger can persist even after the snow has accumulated. After sustained snowfall from Wednesday evening to Thursday morning (March 31 - April 1), the very cold air that rises high in the atmosphere is likely to cause localized heavy snow storms from the eastern Great Lakes to the central Appalachians.

The squalls can cause rapid snowfalls or, in some cases, mild hail. Winter rainfall can be intense enough to quickly cover roads and also lead to a sudden decrease in visibility. According to AccuWeather meteorologist Jake Soid, this may be more problematic for motorists driving on the expressway.

Gusty winds are expected to accompany the cold air flow. The main role of the wind is to make the air temperature feel much colder than the actual temperature in some cases.

While temperatures in some areas may be close to record highs on April 2 and 3, winds or breezes can prevent mass records from being set. The wind tends to keep the atmosphere mixed enough so that the coldest air does not settle near the ground. Clear and calm conditions, together with deep snow cover, are the best way to cause a sharp drop in temperature at night. In this case, most places will only have one or two of the three components.

Weather conditions will not improve quickly on Easter weekend and later. It will be chilly at night in the eastern states, but on Saturday afternoons and Easter Sunday (April 3 and 4) it will be slightly softer. For early Sunday outdoor services, predicted temperatures will range from 25 ° F (-3,8 ° C) in northern Maine to 45 ° F (7,2 ° C) in eastern Virginia.

Temperatures are predicted to rise every day from the weekend to early next week. It is possible that this weekend over a part of the northeast for some time there may be clouds and point showers. Projected highs on Easter Sunday afternoon will range from 45 ° F (7,2 ° C) in northern Maine to 70 ° F (21 ° C) in southeast Virginia.

Winter storm in Texas killed 111 people: the state is looking for the guilty

Tornadoes hit the south of the United States: five dead and massive destruction