Home Israel “It really touched me”: the mother of an Israeli woman sentenced to 7,5 years for hash smuggling gave an interview

“It really touched me”: the mother of an Israeli woman sentenced to 7,5 years for hash smuggling gave an interview

The Times of Israel, citing sources, said that Israeli Prime Minister Benjamin Netanyahu intends to send petition for clemency convicted in Russia, the citizens of Israel and the United States, Naama Issahar. A spokesman for the Russian president, Dmitry Peskov, confirmed this. 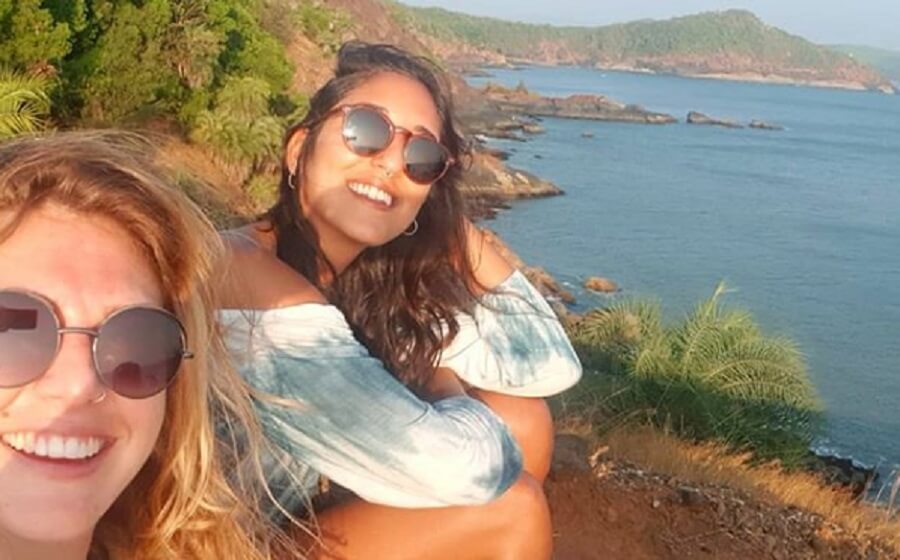 “We know that Mr. Netanyahu's appeal has been sent. After it arrives through diplomatic channels, it will be reported and considered by the President of Russia, ”Peskov said.

On Friday, 11 October, Khimki City Court of the Moscow Region sentenced Naamu Issahar to 7,5 years for smuggling and possession of narcotic substances.

Issahar flew from India to Israel with a transfer in Moscow. In her luggage, which did not leave the transit zone, nine and a half grams of hash were found. In neither India nor Israel, possession of such a quantity of drug is considered a crime.

On the subject: 'This is crazy': an American spoke about 600 days in a Russian jail

The Jerusalem Post reported that Moscow had offered Israel to exchange Naama Issahar for Russian citizen Alexei Burkov, who was arrested at Tel Aviv Airport in 2015 at the request of the United States. Washington made a request for the extradition of the Russian. In the States, he is suspected of cybercrime against US citizens. 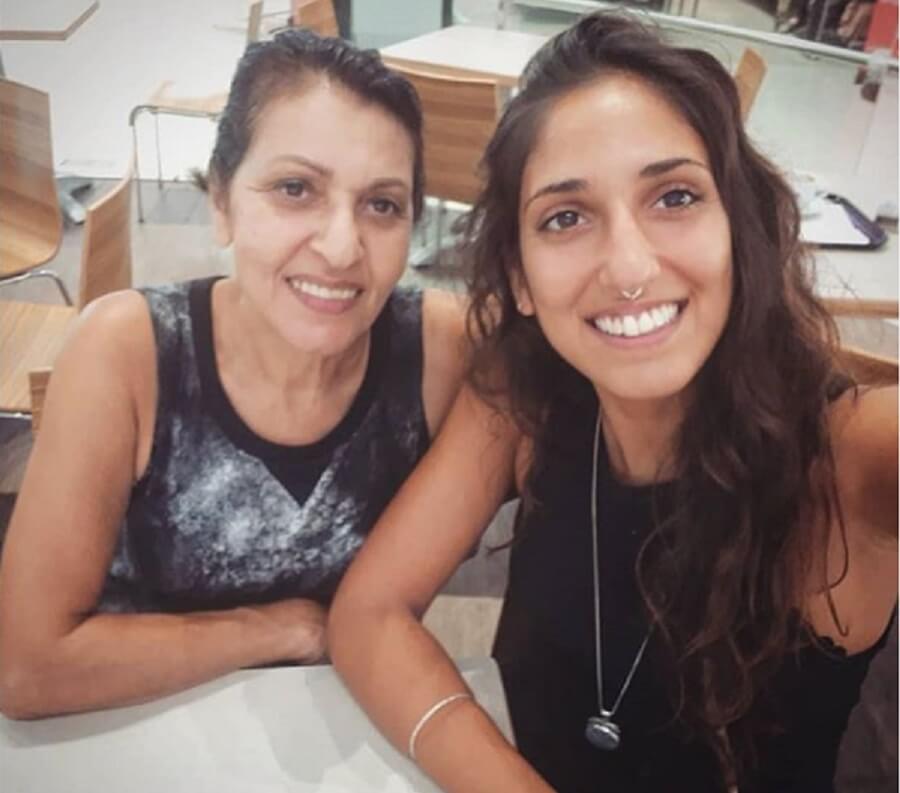 The woman flew to Russia to support her daughter during the trial, remained after the verdict was sentenced, and was seeking meetings with Naama in jail. On the eve of Jaffa, she managed to see her daughter and pass on her sweets.

- What was your first reaction when you found out about the detention of your daughter?

- I thought it was a mistake - she made a mistake and they will let her go home. She didn't intend to bring it here, she didn't intend to carry it in her backpack. It was in the hold, the dog smelled it while transferring baggage between planes. At first we were scared, but we thought they would find out. She was in the waiting area for 14 hours, and all these hours we thought that they would return her passport and say: “Go home, and the substance remains here”.

- And when it became clear that this story is much more serious?

- Then we thought it would be qualified as storage. She did not intend to carry this; she could come to Israel and buy without breaking the law. Then we realized that, apparently, the punishment for storage would follow.

- You were in the courtroom at the time of the announcement of the verdict, how did your daughter react?

- The translator did not translate for her, she got confused. Naama understood what the judge had said - something that I did not understand. She looked at me in shock and said: "Mom, seven and a half years." As if saying “what are you talking about”. Between the bars [tried] to embrace her by the shoulders and tell her: “It doesn't matter if it's a year or ten, this trial is a show.” We learned that day that it was not something she had done.

- Yesterday you received permission to meet with your daughter, did you manage to see each other? How is Naama feeling? Did she say anything about the conditions of detention? About the months spent in jail? How is the investigation being conducted? What about the attitude of the investigators?

- Yes, I managed to see her and talk to her after almost three weeks, during which I saw her only for a short time in the courtroom. I was able to sit with her and explain what was really happening between Russia and Israel.

- There are rumors about a proposal to exchange Naama for Russian hacker Alex Burkov? What do you know about this?

“I don’t know how a hacker who should be issued in the USA, who has been imprisoned for several years, who committed crimes, is connected with my daughter.” But I understand that this is a political issue. Therefore, we were not able to transfer her to house arrest during these six months, so she was not allowed to use the phone, I was not allowed to visit. We did not understand the reasons, I was in the dark, I could not understand why we did not succeed for six months - and now the picture is clearing up.

“Do you know something about this hacker?”

- The Prime Minister of Israel appealed to the President of Russia with a request to have mercy on Naama. Does the Israeli government contact you? Does it support you, and if so, how? 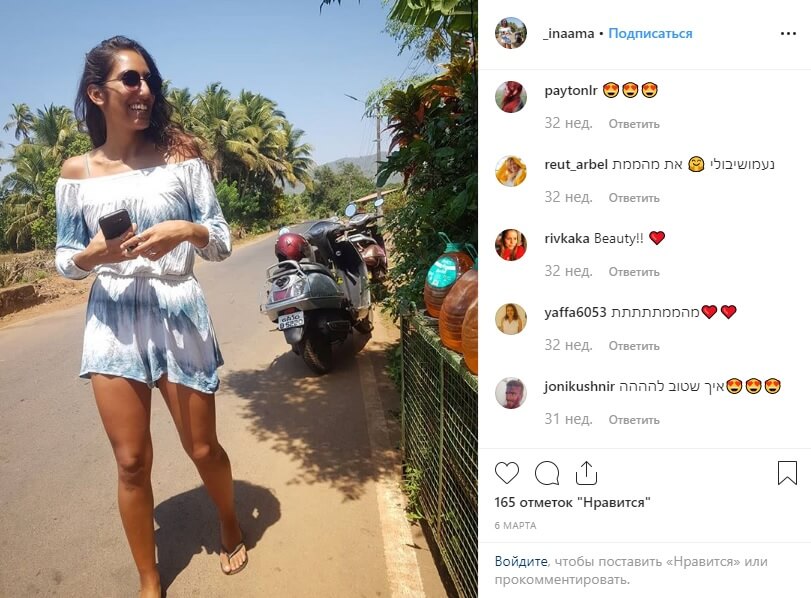 - How does she feel?

- She is exhausted, tired, she wants to return home to Israel, and she no longer has the strength. She told me, "Mom, take me home."

“Did she say anything about the conditions of detention?”

- Yes, the conditions are uncomfortable, she has no conditions, like other prisoners. She cannot write letters, since this should be in Russian, she does not receive the right to call like other prisoners. She understands the [Russian] language a little, but she is in a small cell with three more [prisoners]. She still has not received a sentence, and she has been in this position for six months now.

- How does the staff of the SIZO relate to it?

“She says the attitude is normal.” In this institution they are friendly. Previous Prison 6 (SIZO 6 Printers - HB) it was much worse in terms of staff and attitude. Here, although it is separated from the community, the rabbi is not allowed in, but the staff is more pleasant.

“She had a birthday, you brought her a cake, which, alas, had to be thrown away.” Did you manage to convey something this time?

- I asked her if I could give her the cake, she said: no, you can’t pass the cakes with cream. I bought her cookies and chocolate.

“Did the daughter tell me what she most lacked?”

ForumDaily previously wrote that in Russia, after two years in prison, an American was released - he turned behind bars due to the fact that he purchased a cleaning product over the Internet.

'This is crazy': an American spoke about 600 days in a Russian jail

Nine types of people who shouldn't go to the USA

What to do in case of loss, theft or delay of the green card abroad