Home Page At home Another US warship entered the Black Sea. A PHOTO

Another US warship entered the Black Sea. A PHOTO

On Saturday, January 19, the US destroyer Donald Cook passed through the Bosphorus Straight into the Black Sea and became the second American warship to cross this water this year.

The moment of passage through the strait was recorded by the Turkish edition of Bosphorus Naval News, having published a photo in social networks, writes “Radio Liberty".

“The destroyer Donald Cook passed through Istanbul on January 19, 2019 heading north. First frame: moving this destroyer. Second frame: the movement of a US Navy destroyer into the Black Sea, ”the caption to the photographs says.

On January 19 at the National Center for Defense Management of Russia, they said that they were tracking the US destroyer’s presence in the Black Sea. 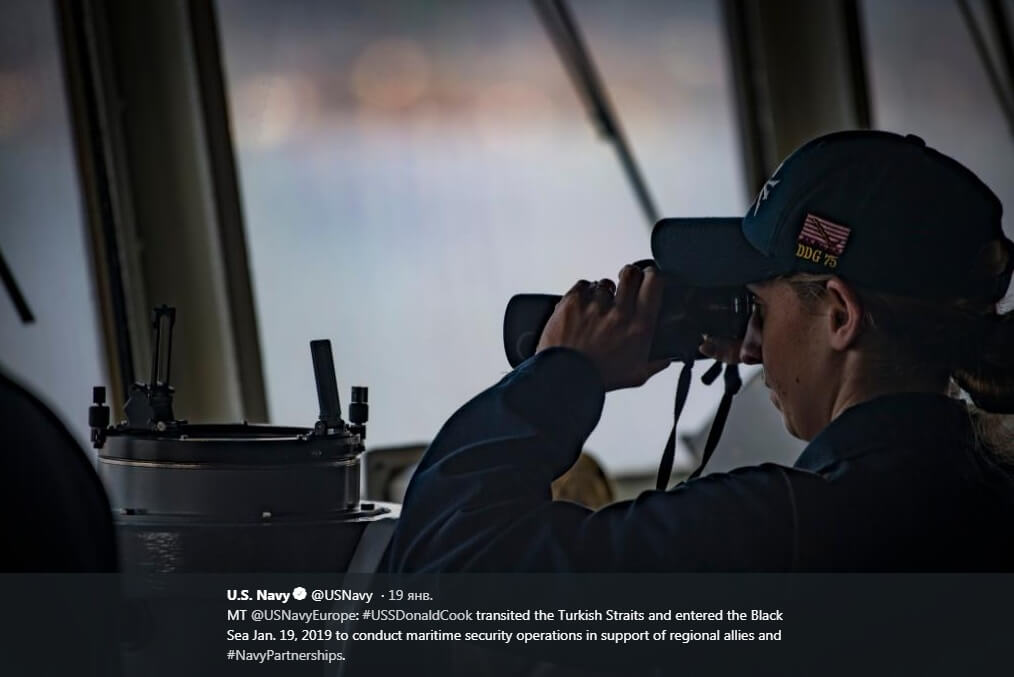 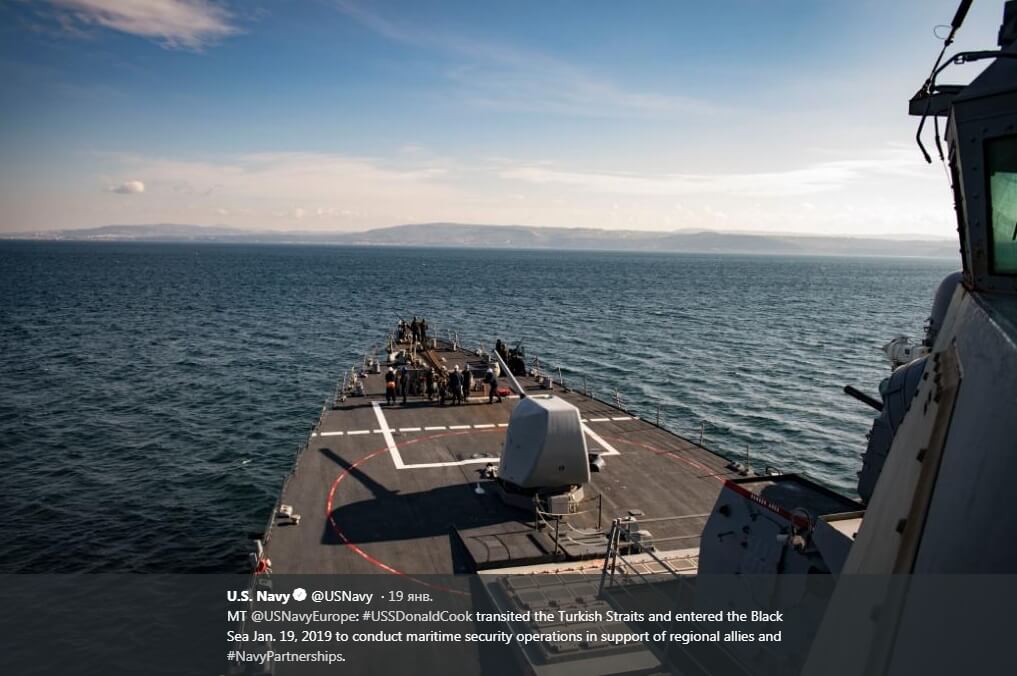 USS Donald Cook is an early version of the Arleigh Burke-class destroyers.

The head of Ukraine’s mission to NATO, Vadim Pristayko, said earlier that Alliance ships are increasingly entering the Black Sea.

Earlier US Navy destroyer Gravely has entered to the Baltic Sea through the Danish Straits.

According to open data, the destroyer is equipped with two Aegis missile defense systems on 32 and 64 cells for missiles, respectively. It can be armed in various combinations with Tomahawk cruise missiles, anti-submarine RUM-139 ASROC or Harpoon anti-ship.

We also wrote about the USS Porter DDG78 US missile destroyer, which arrived last year in Odessa to participate in the exercises Sea Breeze-2018.

25 November 2018, the Russian security forces near the Kerch Strait opened fire on Ukrainian ships, captured them and 24 members of their crews. Three sailors were injured. All captured Ukrainian sailors are kept in a detention center in Moscow. Ukrainian authorities recognize them as prisoners of war.

The newest destroyer of the USA turned out to be defective.

US Special Forces held a training session with Ukrainian colleagues