Home culture The episode of the continuation of 'Sex and the City' angered the Russians: they demand an apology

On January 20, the eighth episode of the 10th first season of the series “And just like that” became available for viewing - the continuation of the favorite series of the late 90s - the beginning of the XNUMXs “Sex and the City”. It is likely that the last episode available for viewing today will badly spoil the reputation of the series and call into question its future, reports Hello! 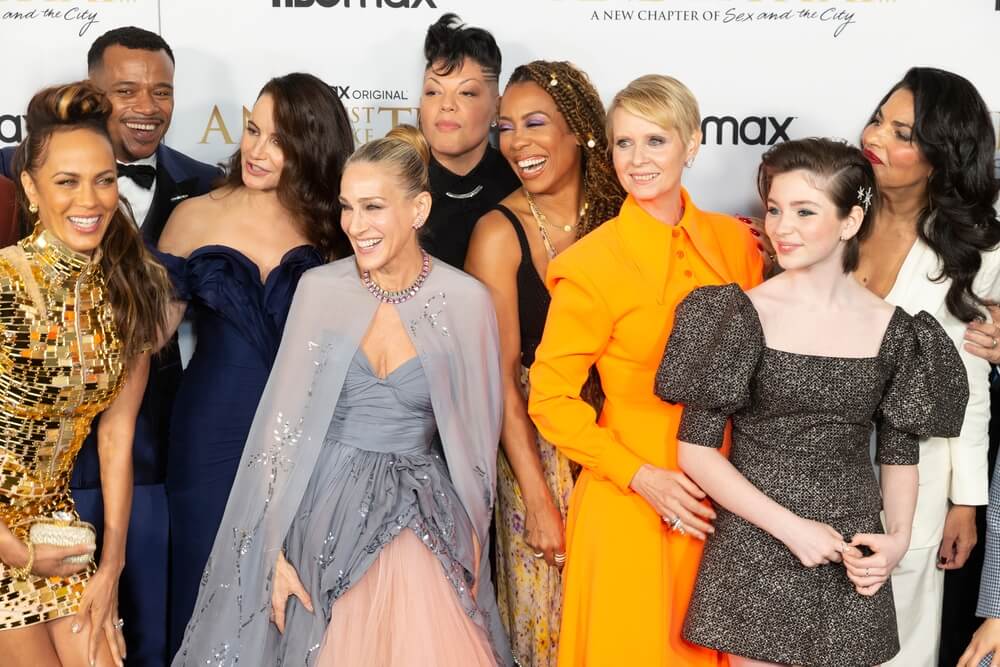 At the beginning of the series, Sarah Jessica Parker's character Carrie Bradshaw, having returned to her former apartment in Manhattan, sorts out her wardrobe and plans to hold a garage sale. She is visited by her new friend Seema (actress Sarita Choudhry), who helped her sell the apartment where Carrie lived with Big. Carrie shares her experiences with her about a past life (even a Versace dress with a multi-layered skirt appears in the frame, in which Carrie was in Paris with Alexander Petrovsky) and at the same time - observations of her young neighbor Lisette. Having spied on how Lisette kisses with her companion on the porch of the house, right under Carrie's window, the following dialogue takes place:

Carrie: A friend loves to hang out on the porch. She's so cool. She's always like that... You know, one shoulder is bare, and a luxurious necklace is wound around her neck, something like that.

Carrie: Yes... I'm just trying to figure out how she can afford a good apartment in this house at her age.

Sima: A Russian prostitute? (in the original it sounds like “russian hooker”)

Carrie: Where did you get it?

On the subject: Arnold Schwarzenegger ran a red light and had an accident: the driver of the second car was hospitalized

The audience reacted immediately: in less than a day, more than 3 thousand comments appeared under the last posts in the official Instagram account of the series, mostly in Russian. But many English-speaking spectators also did not appreciate the caustic passage towards Russian girls:

“What kind of tolerance? Seriously?".

“The season sucks, tolerance is only one way here.”

"Isn't the main character the same?"

“Calling Russian women prostitutes is so terrible! We fight against stigma, and you build a joke on it.”

“Sarah Jessica, I knew you were warm, but not that much!”

“Who hired these writers?? Disappointed."

“Let them make an official apology! Got it already."

“I don’t know what your screenwriters are smoking, but in an era of universal tolerance, when you keep up with the times and insert minority characters into the series, but at the same time label Russian women, calling them prostitutes, it’s not tolerant at all.”

“Starting with this series, I no longer watch or re-watch this series. And I encourage everyone to do the same. Russian sh***?! My God, how is this even possible in such a tolerant TV show?

“Showrunners and actors have yet to react to the wave of indignation on the network.”

In mid-December, right after Chris Noth's character in the Sex and the City sequel died in the first episode, two women filed a lawsuit in which Chris Noth accused of sexual assault. The “cancellation” mechanism worked quickly: the actor lost a multimillion-dollar advertising contract, a role in the series and lost his place in an acting agency, and his personal life went downhill - he celebrated Christmas alone in New York, and his wife Tara Wilson with two children went to her parents to California.

On February 3, the final, tenth episode of the first season of the series “And Just Like That” will be released on the HBO streaming service. The plot of the series is kept a big secret, but one significant detail got into the network: there will be no scene with Chris Noth in the series.

According to insiders, this scene (probably in the form of some kind of powerful flashback, since the hero died at the very beginning of the season) was supposed to be the climax of the season, but after allegations of harassment, the writers decided to urgently redraw the episode. In their words, this scene allegedly "was insignificant" for the overall picture of the narrative. However, film experts believe that even this “will not save” the unsuccessful continuation of the once beloved story.

Adele canceled concerts in the US a day before they began: fans lost a lot of money