Home Educational program Fentanyl epidemic in the US: What you need to know about the killer drug

Fentanyl epidemic in the US: What you need to know about the killer drug

An avalanche of fatal overdoses of fentanyl has covered Chicago, Philadelphia and the major cities of the state of Maryland. The “death trend” is increasing and spreading rapidly to other cities in America and Europe. What is the cause of the epidemic of fentanyl and what its scale, understood Mind. 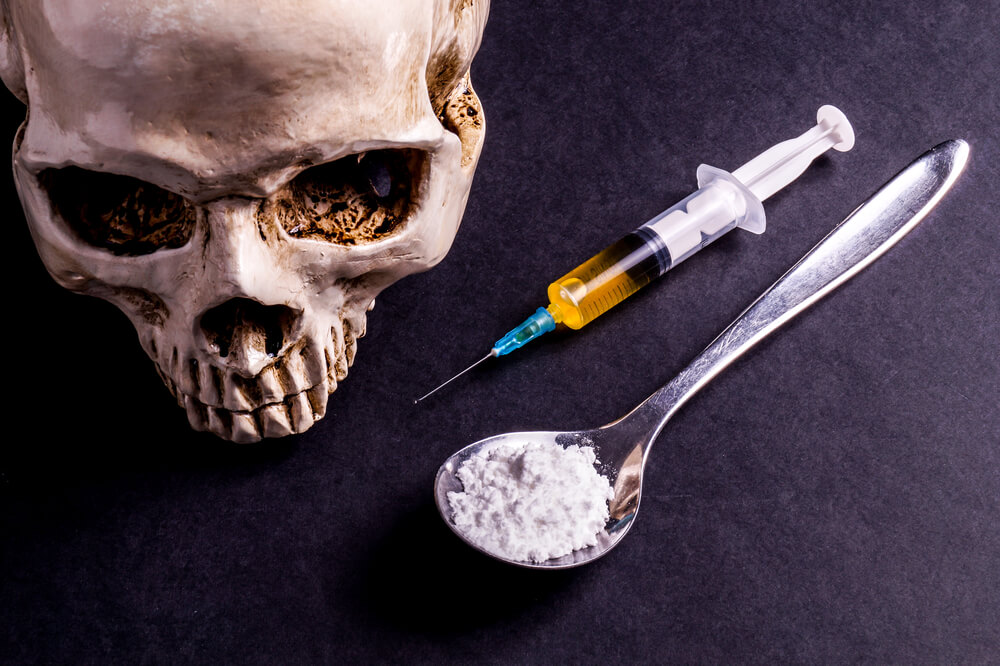 For several decades, “synthetic heroin brother” - fentanyl was used as a painkiller for surgical operations and played a minor role in the drug crisis. In 2014, this euphoric-provocative drug became a mainstream product on the black market and led to an explosive increase in mortality in a number of cities.

Opioid analgesic fentanyl was synthesized by the Belgian scientist Paul Jansen in 1960, and entered clinical practice as a general anesthetic, writes Mediazone. Fentanyl and other substances of its series, for example, carfentanil, remifentanil and sulfentanil, are included in the second list of the list of drugs to be controlled. Their turnover is allowed only for medical, scientific, expert and veterinary purposes.

Impressive mortality statistics. Anxiety is beating Chicago, Philadelphia and Maryland. In Chicago, only 2014 fatal overdose of fentanyl was recorded in 20. In the 2016 year - almost 30 times more (562 deaths). In Philadelphia before 2012, according to official statistics, only 9 people died from a fentanyl overdose. By 2014, this drug caused more than 100 deaths, and by 2016, the city’s authorities had already recorded more than 400 deaths.

The worst statistics in Maryland. The authorities reported 372 deaths from fentanyl only for the first quarter of 2017, which is almost 50 times the figure for the same period of the “pre-crisis” 2013.

“Fentanyl added gasoline to the fire, which was already burning in our country,” said Thomas Farley, head of the health department of Philadelphia, overseeing the mortality rate due to overdose. - Now we have the worst crisis, the like of which we have not seen in our entire life. This infection will kill more people than the AIDS epidemic. A suitable comparison can only be considered the Spanish flu pandemic 1918 of the year. ”

According to officials, the fentanyl overdose epidemic is spreading to all segments of the population, regardless of gender, race, financial status or social status. The most famous victim of the drug was the rock musician Prince, who took a lethal dose in April 2016. And one of the most ridiculous victims is the married couple Daniel and Heather Kelsey, who died from an overdose in December 2016 of the year. Young parents became famous after they dropped dead on the highway near their car, in the cabin of which remained three of their children aged from 8 months to 4 years.

Fentanyl has several advantages for traffickers over heroin. Opium poppy fields are not needed for its production; it is 30 – 50 times more powerful, which makes its effective dose 10 times smaller and 10 times cheaper. It can be smoked, swallowed, inhaled through the nose, stabbed in a vein, rubbed into the skin.

The main manufacturers are in China, according to the Office of Anti-Drug Administration of the US Department of Justice (UBN). In Chinese port cities such as Shanghai, fentanyl produces thousands of legally operating chemical laboratories, which nothing prevents to ship the drug abroad. Chinese regulators look at it through their fingers.

Fentanyl is shipped to US cities in small quantities in postal parcels and in envelopes with letters. Since the dose of the lethal drug is as small as a dozen grains of sugar, translations of several servings hidden in packages are extremely difficult to detect. Large quantities of fentanyl flow into the States through Mexico through the same channels as all traditional banned substances.

“The Mexican drug cartels saw the enormous margin of fentanyl,” explains UBN spokesman Rusty Payne. - A kilogram of fentanyl, divided into small parts and sold in doses, can bring more than $ 1 million profit. For comparison, on a kilogram of heroin, you can earn from $ 50 000 to $ 100 000. Fentanyl can be delivered much easier than heroin, and drug couriers have begun to take this into account. ”

US government agencies publish a lot of conflicting information about fentanyl, some of which intimidate, while others calm the population.

"Fentanyl is so powerful in itself that just touching it or breathing in a tiny amount, the size of a grain, can immediately cause an overdose of this drug in the human body ... Places like hotel rooms, public toilets, rental cars can contain fentanyl and pose a serious danger to unsuspecting citizens who may accidentally touch or breathe it. Do not touch suspicious substances, ”the Georgia Police Department cautions.

As an example of the accidental death from an overdose of fentanyl, the US authorities cite the death in Miami of 10-year-old Elton Banks. The tragedy occurred 23 June 2017. The boy was walking near the public pool, and returning home, complained of nausea, he vomited, he lost consciousness and died. In his blood, doctors discovered a mixture of fentanyl and heroin, which, according to local authorities, was ingested by Elton Banks as a result of a simple touch. If this is possible, then a new drug can be considered a weapon of mass destruction.

Fentanyl vs heroin: what is the difference

However, narcologists say that the probability of getting an accidental overdose of fentanyl through the skin or breathing is close to zero. Otherwise, thousands of friends and relatives of active users of this drug would die. But this is not happening.

“The lion’s share of unintentional overdose of fentanyl occurs when consumers buy the drug on the black market and breathe it in respiratoryly,” says Mark Larochelle, chief therapist and researcher at the Greyken Boston Drug Treatment Center.

As Larochelle explains, fentanyl differs from other opioids in that it causes very fast and strong euphoria, but it disappears within an hour and is replaced by an unpleasant sensation of getting out of the state. The effect of pure heroin, on the contrary, is long-lasting, but relatively weak, and consumers have to wait up to an hour until it comes.

For this reason, in recent years, drug dealers have begun to supplement heroin everywhere with various modifications of fentanyl in order to speed up, intensify and prolong narcotic effects and increase dependence. The mixture is extremely dangerous, according to Laroshelle, because the two substances look exactly the same, but the effective dose of heroin is measured in milligrams and fentanyl in micrograms (in 1 milligram 1000 micrograms). And extra 5-7 sand grains can be fatal.

By confusing drugs or making mistakes in the calculations, the drug dealer condemns his clients to death. And buyers of the drug mixture on the black market, as a rule, do not know exactly what quantity of fentanyl it contains. Thinking that they are taking the usual dose of heroin, they unintentionally inject a dose of “gray death” that kills outright.

Personal opinion: why you can not take away weapons from Americans

Trump wants to introduce the death penalty for selling drugs

In Silicon Valley, carried away by new drugs