Home World Jeff Bezos took a famous actor into space: now he is the oldest who has been there

Jeff Bezos took a famous actor into space: now he is the oldest who has been there

Hollywood actor William Shatner - Captain Kirk from the legendary TV series Star Trek ("Star Trek") - became the oldest person in space. He went as a member of the crew of the Blue Origin suborbital ship New Shepard by businessman Jeff Bezos. Writes about it with the BBC. 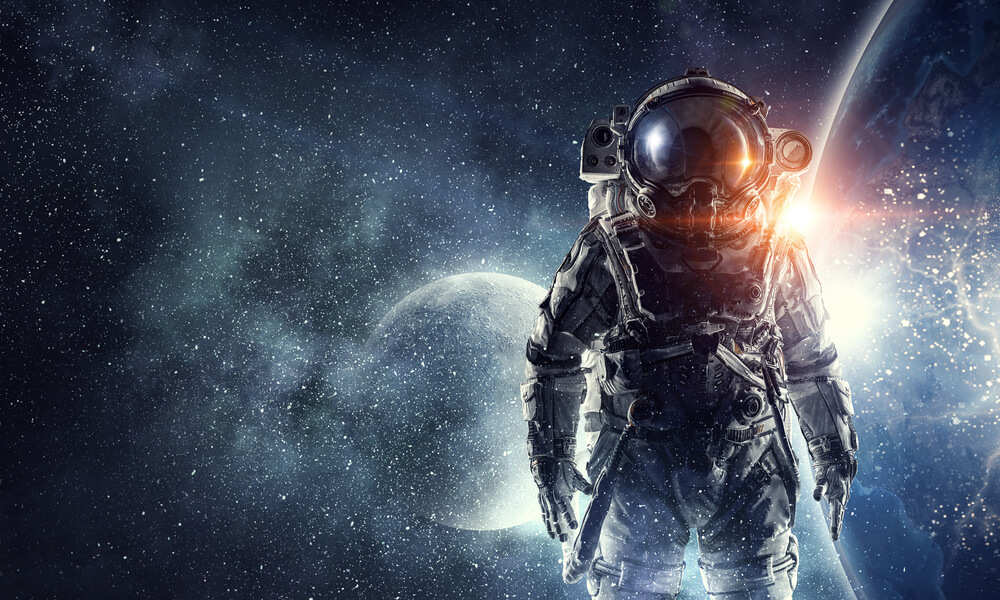 Now the actor is 90 years old. The flight took place from the Texas launch site on October 13. It lasted 10 minutes, and the team successfully returned to Earth at 10:00 local time.

New Shepard has risen to an altitude of no more than 100 kilometers, which is considered the lower limit of space. For a short time, the crew was in zero gravity and observed the rounded outlines of the Earth through the large windows of their capsule.

“Every person in the world must do this. It's incredible! " "Captain Kirk" admired upon his return.

“What they gave me is the deepest experience. I am overwhelmed with emotion. I hope this feeling stays with me, I don’t want to lose it, ”the actor shared his feelings with tears in his eyes in a conversation with Bezos.

Before the start, Shatner honestly admitted that he was going through a future test.

William Shatner became famous for his role as Captain Jamie Kirk in the early seasons of Star Trek. And uhthat was the second flight of the New Shepard.

On the subject: Bezos and Branson have been in space, but they will not be given the titles of astronauts: what went wrong

The first flight on July 20 briefly sent Jeff Bezos himself, his brother, and also a student from the Netherlands and 82-year-old American pilot Wally Funk into space.

Until today's flight, Funk was considered the oldest astronaut in history, although NASA does not officially consider space tourists who traveled on the spacecraft of Bezos and other businessman Richard Branson, founder of Virgin Galactic and another enthusiast of the space tourism industry, to be astronauts.

Now the oldest person in space is Shatner.

The flight control center said that the mission went according to plan, the capsule with the astronauts landed normally in Texas, all participants in the flight feel fine.

“There is some kind of mysterious force in going into space, getting closer to the stars and being in zero gravity,” the actor said before the flight and clarified:

“I will admire the view of space. I want to look at the globe and enjoy its beauty and power. "

The newly minted astronauts underwent training for only a few days - during a fully automatic flight, they did not need to control the ship.

However, Blue Origin officials say the crew should have known what to do in the event of unforeseen circumstances.

In addition, passengers were prepared for the shaking and noise usual for such a flight, and most importantly, not to worry too much about this.

“The third reason why we train the team during preparation is the rules of behavior in zero gravity conditions: how to move around the cockpit without bumping or kicking each other, how to use the handrails, and what will happen during the flight and how to it's to react, ”explained former astronaut Nicholas Patrick, head of Blue Origin's Mission Control Center.

Shortly before New Shepard's flight, some former Blue Origin employees, mostly anonymously, said that the company was in a toxic atmosphere and that safety standards were not being properly followed.

Representatives of the company itself, however, denied such accusations.

“My impressions of Blue Origin are not at all like that. - The approach is incredibly thorough, and this has been the case from the very beginning of the work until today. Safety has always been our top priority, ”Nicholas Patrick replied in this regard.

Space in cinema and not only

William Shatner was the first of Star Trek to travel from cinematic space to real space. Although several NASA astronauts in the past have gone this way in the opposite direction.

Astronaut Mae Jamison appeared in an episode of Star Trek: The Next Generation (sequel to the original Star Trek).

In addition, the creator of this series, Gene Roddenberry, and actor Jace Doohan, who played the engineer Montgomery Scott in the first seasons of Star Trek, made a space journey, although after death. Their ashes were sent into space by will.

Although Jeff Bezos invites some to fly to New Shepard for free, a significant portion of the seats are sold for a lot of money.

But, unlike Richard Branson, the founder of Amazon does not disclose the cost of his tickets to space.

Prisoner of Fahrenheit Castle: how to get used to the American system of weights and measures

Ukraine and the United States jointly launched a rocket into space: it exploded after 2 minutes

Once in history: how the American flag flew over the Kremlin for nine days