Home At home Two incidents in a week: why tigers in zoos kill their caretakers

At the zoo in the city of Mena in the Chernihiv region, the tiger Shakur killed his caretaker, who was his friend for three years, knew all the habits of his animal, his favorite dishes ... They trusted each other, but something went wrong, writes "TSN". 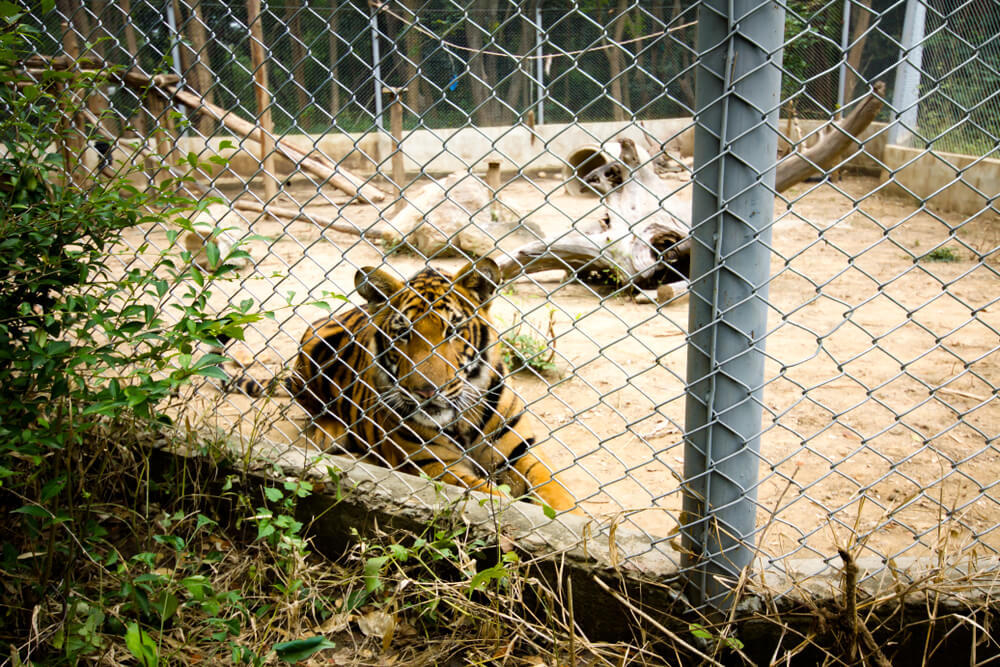 In total, the deceased worked with wild animals for more than a decade and was an experienced worker.

The aviary, in which the tiger was then housed, is divided into three parts, between each section is a partition-gate, the purpose of which is to protect a person from a predator.

“He had to check where the animal is, at the right time to close the gate. Why this has not been done, no one can already know, ”says Leonid Vorobey, Deputy Director of the Men’s Zoo.

When the 47-year-old caretaker entered the enclosure to feed the animal, the tiger attacked him and bit his neck. The man died before the ambulance arrived.

The Mensky Zoo is the only one in Ukraine in the countryside; it was opened almost forty-five years ago, and they have been dealing with tigers here for twenty years.

The attack from hunger in the menagerie is rejected. Each tiger is given, among other things, seven kilograms of meat every day.

“They are not starving here, there is enough food,” the zoo administration says.

All the caretakers enter the enclosures in pairs to clean up after the animals or feed them. The deceased worker violated another safety rule - contrary to instructions, he was alone.

“Now everything indicates that he walked alone to the cage. There are no surveillance cameras that would show the moment when the animal attacked a person, but they are not far from this place, ”says police spokesman Yulia Kovtun.

Tiger Shakur is scared. In the menagerie they say that the impression is that the predator is aware of the whole tragedy. Perhaps he was defending his territory. But trusting tigers, even familiar ones, is risky.

“At any moment, the instinct of a predatory animal can wake up,” says Leonid Vorobei.

The fate of the tiger will be decided after the completion of the work of the labor management commission. The zoo does not accept visitors until the investigation into the circumstances of the tragedy is completed.

On the subject: At the zoo, bears killed the caretaker in front of tourists

Deadly attack of tigresses in Indonesia

The other day a similar incident occurred on the island of Borneo, Indonesia. Two female rare Sumatran tigers escaped from the zoo, killing a man and several animals. Only one was caught alive, writes Hromadske.

The tigresses, about one and a half years old, fled on Friday, February 5: because of the downpour, the fence behind which the animals were moved, and they were able to get out into the wild.

Near the enclosure, a 47-year-old caretaker was found dead, who was apparently gnawed by tigresses (there were scratches and wounds on his body), as well as several other animals, in particular an ostrich and a monkey.

A large-scale hunt was organized for the animals. Local police ordered the closure of nearby tourist attractions and ordered people to stay at home.

On Saturday, February 6, the police hit one of the animals with a tranquilizer wire and were able to grab her alive. Another tigress had to be shot.

“We first tried to use a sedative, but it didn’t work, so we were forced to shoot the tiger because it was already behaving very aggressively,” said Saddat Nur Adirakhmanta, head of the local environmental agency.

Sumatran tigers are endangered. It is believed that there are less than 400 of them left in nature.

Why do tigers attack rangers?

The main problem is the human factor. The caretakers get too used to the animals and neglect the safety rules, writes "TSN".

“The mood and motives of a predator are different. People lose control of the situation and such things happen. This is a wild animal that is forced to live next to a person. The predator can always attack at any moment. This is not a dog that demonstrates its intentions, ”says zoopsychologist Sergei Klochko.

The head of the department of predatory animals at the zoo in the Kiev region shows how he works with them every day. Weasels - only through the net. And although Igor knows tigers well, while the animals are in the enclosure, he does not visit them.

Keeper contact with animals in the menagerie is, in fact, encouraged. True, this cannot be called training, as in a circus, where a person can calmly enter a cage.

“They are in close proximity to humans, and therefore, in order for a partnership between humans and animals to arise, they must be in close proximity at all times. Through affection, warmth, a human animal gets used to the fact that for him a person is such an animal that brings good, feeds, loves, heals, helps in difficult times, and then the animal has an image of a human friend, ”says Nikolai Kozyrev, trainer of the highest category of the National circus of Ukraine.

Experts as one admit that in 100% of cases of tragedies in zoos occur solely through human fault.

'Bitten on the genitals': in the zoo, an American attacked a camel to survive