“Now that they provide parole options, they are setting as many obstacles as possible,” said a lawyer from the Southern Poverty Law Center, quoted NBC News. 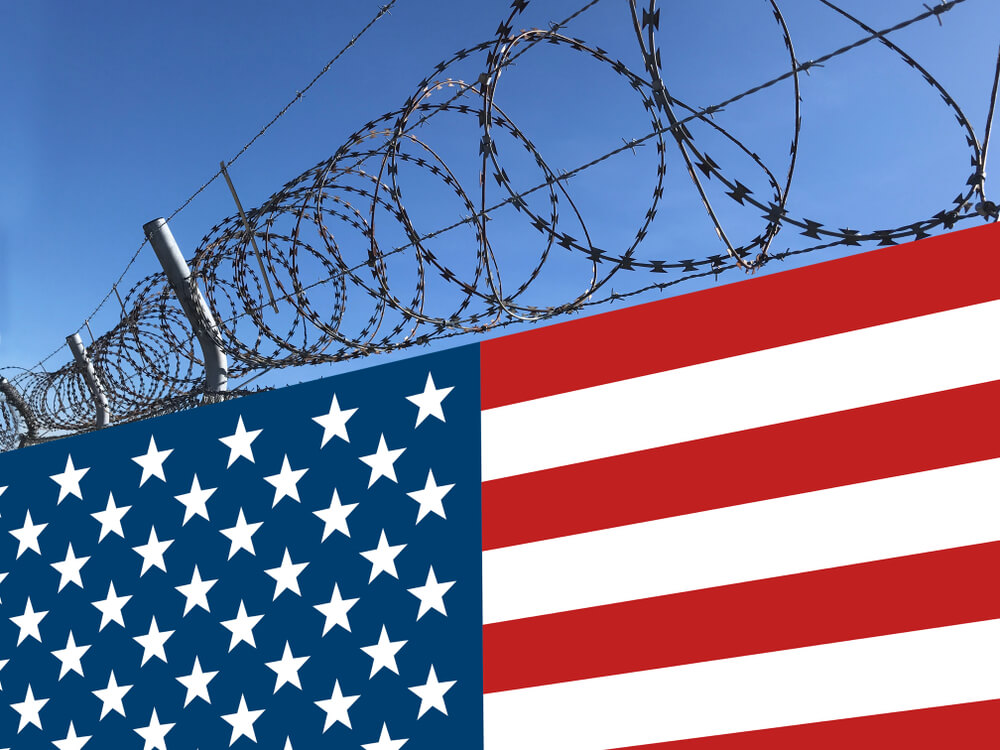 Two weeks ago, Karina Serrano Rodriguez was escorted to a computer terminal at the South Louisiana Detention Center to prepare her asylum case before an immigration judge. The woman found out that she could finally get on parole.

27-year-old Rodriguez, an asylum-seeker immigrant from Cuba, spent 8 months in a detention center in Basil after waiting for three months in Ohinaga, Mexico, according to Trump administration protocols.

Rodriguez was delighted when she found out about the possibility of going free until she was informed that parole would cost $ 10.

“It's like a bucket of cold water on your head,” said Serrano, who now lives with relatives in Tampa, Florida. "I was desperate because I didn't know where my family would find that kind of money."

Lawyers and advocacy groups say Serrano is part of a small but growing number of asylum seekers from Louisiana detention centers who are being released on parole, which is unusual for “arriving aliens,” as immigrants are called at US points of entry. ...

"This is an unorthodox move," said Mitch Gonzalez, a staff attorney for the Southern Poverty Law Center who is working on a lawsuit against the New Orleans Immigration and Customs Enforcement Field Office.

“Now that they are providing parole options, they are setting as many obstacles as possible,” Gonzalez said.

According to Gonzalez, immigration judges and ICE staff usually require bail for people with specific circumstances, such as a criminal history or unauthorized entry into the country. In accordance with the 2009 ICE Directive, no liens were set as a condition for the release of legal asylum seekers. Immigration judges do not have jurisdiction over the detention of asylum seekers, and only the ICE decides whether they will receive parole.

On the subject: Trump administration to sharply tighten US asylum rules

However, ICE officials are demanding a bond of between $ 10 and $ 000, which is a very large amount for relatives and friends of the detainees.

Asylum seekers and lawyers say detainees are not told why a bail is required for their release.

Brian Cox, director of public relations for the southern region of ICE, told NBC News that he was not sure whether ICE was tracking this type of data. If so, he is not sure that he will be able to provide information due to the ongoing lawsuit.

The Southern Poverty Law Center and the American Civil Liberties Union have filed a series of cases against the local ICE office in New Orleans for what they call a “common policy” for asylum seekers to be imprisoned. Organizations won the lawsuit in September: a federal judge ordered the ICE to report each month the number of asylum seekers on parole in the New Orleans field office.

Although ICE began to provide figures after lawsuits, Gonzalez was skeptical.

“We don't think the data is accurate. We believe they are underestimating the number, ”insists Gonzalez.

ICE's New Orleans Field Office is notorious for virtually ceasing to provide parole to prisoners. In 2016, more than 75% of asylum seekers under its jurisdiction received parole. This number dropped sharply to 1,5% in 2018, and in 2019 only three out of thousands of prisoners were released.

Recently, there are no data on the number of asylum seekers released on bail. The information was obtained from lawyers and is based on interviews with people, so it cannot be considered official.

When Serrano was notified of her parole, three more women got the same opportunity for $ 10 (each). According to Serrano, all women, like her, are Cubans who do not have a criminal history, and all have families in the United States.

“This is extremely unusual,” Lopez said, adding that he had seen this only a few times in his 10 years of practice.

On the subject: 36 arrests and 3 attempts of deportation: how an illegal criminal was saved by asylum policy

It is difficult to find money, because many do not have jobs due to quarantine due to the COVID-19 pandemic, and it is difficult for families to raise money. Mortgage funds have been exhausted throughout the country and now have very limited resources that are not able to satisfy requests.

Yaneysi Peña Torres, 29, from Cuba, was released on parole from the South Louisiana Detention Center on June 3 after 10 months in custody, and was twice refused her release.

Peña Torres signed a contract with a mortgage company to pay $ 10, which were attached to her parole. She is looking for work in Miami, but is worried that she will not be able to find. Torres will have to pay a $ 000 monthly mortgage company.

“This is an abuse of power. They don't care about us, ”Peña Torres is outraged. - There are women who have been in prison for over a year. They are going crazy in this hell. "

USCIS quarantined: which offices are open and what to consider before visiting