Lovers of stargazing will definitely have something to do in 2022. Several bright phenomena await them at once, including a parade of five planets at once and a couple of total lunar eclipses. More about what can be seen in the sky in 2022, said the publication Accu Weather. 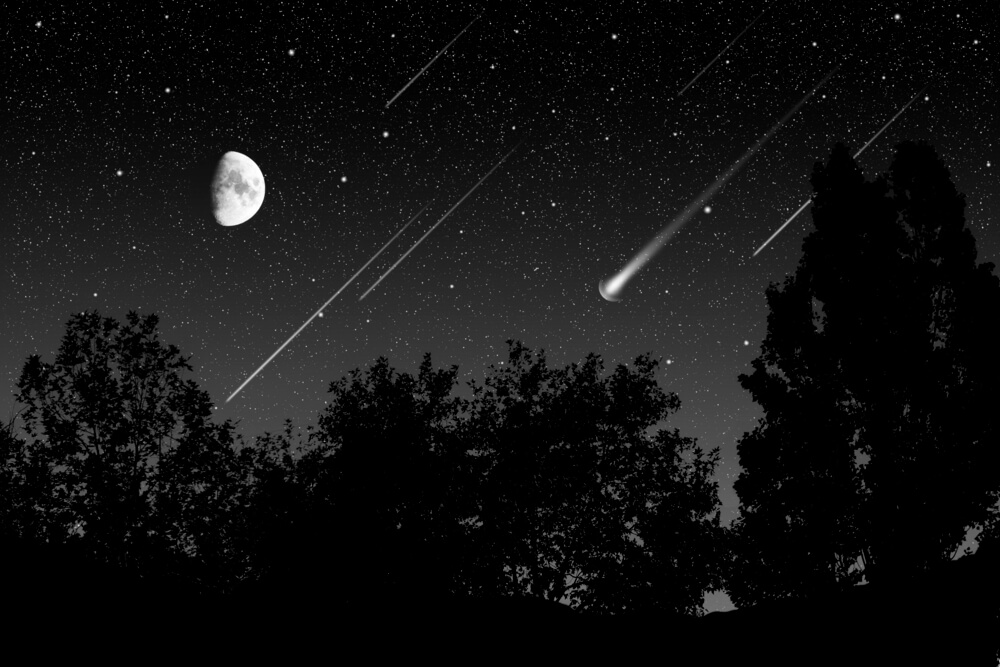 This year will start very calmly in terms of astronomical events. But already at the end of March, the three planets will come together and this can be seen from the Earth, provided the sky is clear.

Mars, Saturn and Venus will be very close to each other in the sky and will be clearly visible before sunrise during the last two weeks of March. And on the morning of April 4 and 5, Mars and Saturn will come so close to each other that from Earth they will seem to be one huge star, near which Venus is attached.

On the subject: An important step in the conquest of space: NASA created oxygen on Mars

April is the month of global astronomical events. The Lyrid meteor shower will peak on April 21-22.

Less than two weeks after Lyrid, Eta-Aquarids, a very active meteor shower, can be seen in the sky. From 20 to 40 meteors will fall per hour during its peak - on the night of May 4-5. Eta-Aquarids will be the brightest meteor shower of the year visible to the inhabitants of the Southern Hemisphere.

The third major astronomical event in 2022 is the only one that cannot be seen even through a telescope.

The term "blue moon" has become popular in recent years to describe the second full moon in one calendar month, even if the moon does not take on a bluish tint. But there are similar terms not only for full moons, but also for new moons, if they occur twice during one calendar month. The April Black Moon is the second new moon of April. But new moons cannot be seen, since this is the time when the illuminated side of the moon is facing away from the earth.

Although the "black moon" cannot be seen in the sky, it is a good time of the month for stargazing. Since there will be no natural light pollution from the moon, observers will be able to see more in the sky.

In total, three supermoons are expected in 2022. The first will happen in mid-June.

Supermoons occur when the full moon is near perigee - the point in the moon's orbit when it is closest to Earth. As a result, from Earth, such a full moon looks slightly larger and brighter than the others. Two more supermoons will occur on July 13 and August 12, 2022.

Mercury, Venus, Mars, Jupiter and Saturn are bright enough to be seen with the naked eye, and they will align in a straight line one after the other towards the end of June.

A rare occurrence will occur shortly before sunrise on June 24th. The crescent will also be in line with the planets - between Venus and Mars.

One of the most popular annual meteor showers will peak on a summer night as usual, but this year it will be something absolutely mesmerizing. The Perseids will reach speeds of 50 to 100 shooting stars per hour, and the peak of the event will occur on the night after a bright supermoon.

Orionid Peak is expected two months later. On the night of October 20-21, the speed of the Orionids will be about 20 meteors per hour.

The second and last total lunar eclipse of 2022 will occur before sunrise on November 8, although not all of North America will be able to see it. Observers from the East Coast will not be able to see the total eclipse phase. Residents of Canada and the rest of the US will be able to enjoy the show, weather permitting.

After the November eclipse, people across North America will not be able to see a total lunar eclipse until March 14, 2025.

One of Earth's closest neighbors will become a prominent point in the night sky in the second half of 2022, eventually reaching its maximum brightness in early December, when it reaches the point of opposition.

The opposition of Mars - the convergence of the Earth and Mars, when three celestial bodies - the Sun, Earth and Mars - are located exactly on the same line. As a result, Mars is visible all night and shines brighter than most of the stars in the sky.

Mars reaches the point of opposition only once every 26 months; after 2022 this will not happen again until January 15, 2025. This phenomenon is also the best time for space agencies to launch missions to Mars.

Under ideal conditions, the Geminids can reach speeds of over 100 meteors per hour, but an almost full moon would overshadow the shower. Evening may be the best time to watch this event, you need to choose a time before moonrise between 22:00 and 23:00. However, the meteor shower will be active throughout the night, and shooting stars will be visible mainly in darker areas of the sky, where the moon is out of sight.