Home Educational program The Department of Education will write off $ 3,9 billion of student debt of Americans

The Department of Education announced Aug. 16 that it will cancel nearly $4 billion in federal student loans for 208 borrowers who were scammed by a popular commercial institution, reports CNBC. 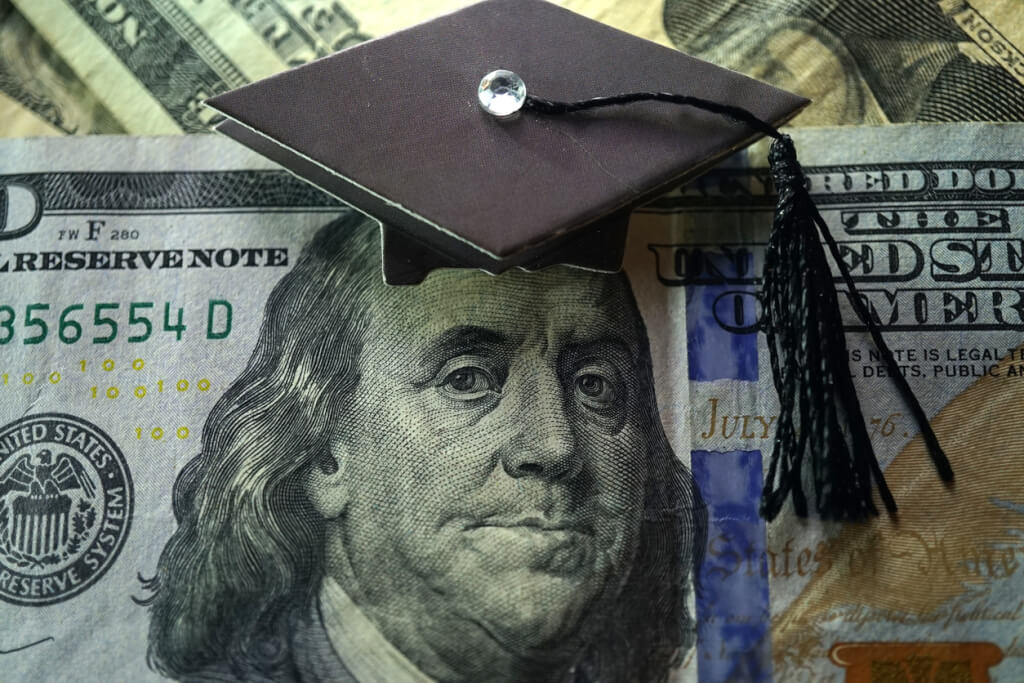 All remaining students who attended the now-defunct ITT Institute of Technology (ITT) between January 1, 2005 and its closure in September 2016, including those who did not file a claim in the borrower's defense, will have 100% of their loans cancelled. Borrowers who qualify for assistance will not need to take any additional steps to receive funds.

“It is time for student borrowers to stop bearing the brunt of years of lies and false promises from ITT,” Education Department chief Miguel Cardona said in a statement. "Evidence shows that for years, ITT leaders deliberately misled students about the quality of their programs in order to profit from federal student loan programs, with no regard for the difficulties this could cause."

On the subject: Court decision: tens of thousands of dollars in compensation will be paid to workers fired for refusing to be vaccinated against COVID-19

In 2018, former ITT chief executive Kevin Modani and former CFO Daniel Fitzpatrick agreed to pay $200 and $000 respectively in a settlement with the Securities and Exchange Commission for alleged investor defrauding, although neither admitted wrongdoing.

The Biden administration has already approved approximately $1,9 billion in debt relief for 130 borrowers who attended ITT on the grounds that the institution misled students about their job prospects, the ability to transfer loans to other schools, and the accreditation of their associate degree in nursing. affairs.

The Aug. 16 announcement is the Biden administration's second-biggest targeted debt relief for defrauded borrowers, a department spokesman said. A more extensive $5,8 billion loan write-off for 560 students who attended the now-defunct Corinthian colleges was in June.

That brings the administration's total loan bailout to $32 billion, including $13 billion for defrauded borrowers.

As part of its broader efforts to provide targeted assistance to vulnerable and defrauded borrowers, the department also announced that it has formally notified DeVry University, a private for-profit university headquartered in Naperville, Illinois, that it must pay millions of dollars for approved applications. for the protection of the borrower.

A spokesman for DeVry University said the university was "awaiting" the department's announcement and is investigating the notice it sent.

"It's worth reiterating that these student claims date back to ads that were used between 2008 and 2015, before DeVry became an independent institution with new board and leadership," the spokesperson said. "We continue to believe that the Department is mischaracterizing DeVry's calculations and alumni results due to certain publicity, and we disagree with their conclusions."

The news comes just two weeks before the end of the student loan, interest and fee pause that was first introduced in March 2020, and while White House press secretary Karine Jean-Pierre said the pause was ending, “no decisions are have been made,” some experts say the pandemic aid policy will be extended once again, at least until the end of the year.

Jean-Pierre confirmed that Aug. 31 — the date scheduled for the resumption of payments — is also the deadline by which President Joe Biden will decide on a broader write-off of federal student loans.

White House officials have focused on writing off $10 from all borrowers who earn less than $000 a year, but the administration has yet to confirm such plans.

Most borrowers, according to the memo, will be required to apply for the program on StudentAid.gov by self-certifying that they qualify for assistance, but several million borrowers for whom the department has available income information will receive debt relief automatically.
A Department of Education spokesman said the agency was "considering a wide-ranging debt relief but no decisions have been made" and that they would not comment on "any alleged internal documents or internal discussions of hypothetical scenarios."