Some of these facts will be useful to travelers, others will unpleasantly surprise. In any case, it is worth finding out before going on air travel. Lifehacker. 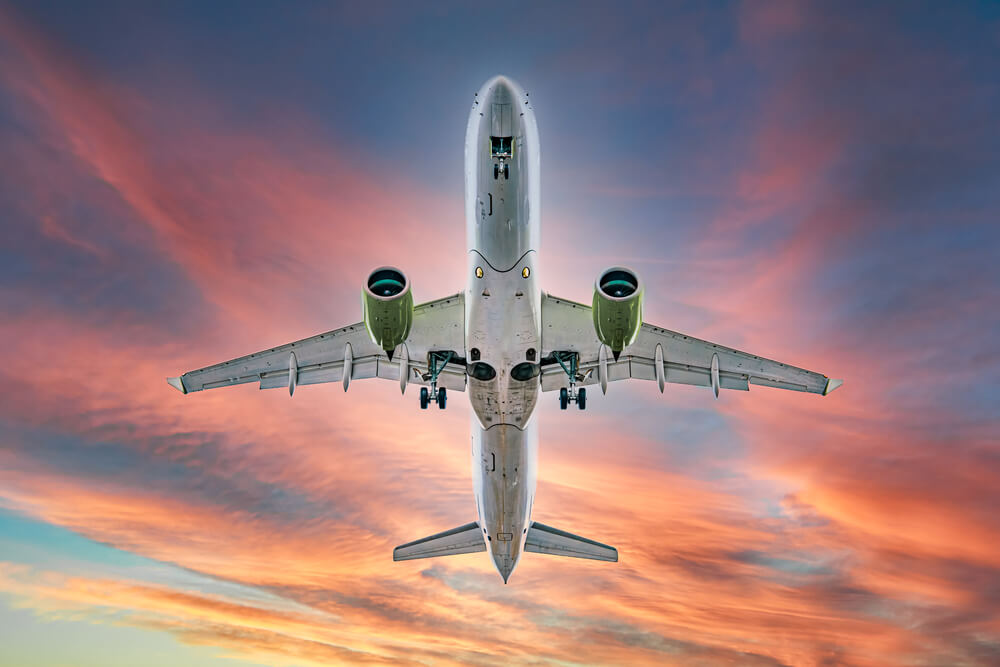 Muffled light in the plane is needed to prepare for evacuation.

When the plane lands at night, dim lighting turns on to prepare passengers for evacuation. Your eyes will get used to the darkness, and you will see better outside the plane.

You can unlock the toilet outside

The mechanism for locking the toilet door is usually hidden behind the “No Smoking” icon. You just need to raise the flap and move the bolt to unlock the door.

You breathe air from the engine

The air you breathe in an airplane is compressed air from an engine. Most (from 25% to 50%) is blown out, and the rest of the passengers breathe. Air flows out through a small hole in the back of the fuselage.

On the Web site Boeing it is explained that the air, passing through the engine compressor, gets warm, and then goes to the cabin, which is already suitable for breathing.

Nobody washed your blankets, and baby urine can remain on the tray table

A stewardess at a low-cost American airline, Southwest, said that after a flight, free pillows and blankets are simply folded back, not washed and not disinfected.

In addition, people often change diapers on children on food tables, and the tables are not disinfected afterwards either. If you scattered food on such a table, think twice before sending it into your mouth.

This fact was confirmed by another stewardess - in her airline fresh pillows and blankets can be seen only on the first flight, in the morning. On all subsequent flights, they are simply removed and re-issued, without being washed or disinfected. As for the tables, they are simply washed once a day, which is clearly not enough if a used diaper was on such a table.

Captain can arrest you in flight

When the aircraft door closes, the captain of the aircraft is given unlimited authority. He can arrest a passenger, issue a fine, and even accept the last wish of a dying person.

Of course, he does not have the full legal right to arrest someone, but he can restrict your freedom on board the aircraft and transfer it to the authorities after landing. That is, the police will directly arrest you; however, on board you will be restricted in movement.

You can be transferred to business class after takeoff.

Flight attendants can transfer a person to a business class after the aircraft’s doors are closed. Of course, this does not happen as often as they sometimes have to report on such events and causes.

But still, people who have paid for the economy, sometimes fly in business class. Most often, these are well-dressed, handsome people, pregnant women, very tall passengers, and, of course, friends and acquaintances of flight attendants.

Pilots may fall asleep during flight

About 43-54,% of pilots working in the UK, Norway and Sweden admitted that they fell asleep while driving a passenger plane.

Experienced air hostess Tracy Christophe told us that during long flights, pilots are given time to rest, and then the co-pilot takes control.

Be that as it may, the pilots participating in the survey admitted that they involuntarily fell asleep, that is, not during a fixed rest. It sounds scary.

Sometimes passengers steal life jackets placed opposite or under the seat. They take the vests as souvenirs, although this is a serious and punishable violation.

During the day, the presence of life jackets is not checked before each flight. Therefore, before the flight, it is worth checking on your own whether you have a life jacket, and, in case of its absence, inform the flight attendant about it.

The next time you find yourself in an airplane, pay attention to the handles on the doors inside the aircraft. What are they meant for? That's right, they act as handrails, but for what?

In the event of evacuation and panic on board, when flight attendants prepare the door to exit, passengers in a panic wanting to leave the plane as soon as possible can push the flight attendant out of the way, simply pushing them out onto the runway.

The handrail is needed in order to keep it and stay on board the aircraft.

You can ask for a whole can of Coke.

If you are thirsty, you can get more than a little soda. Just politely ask the stewardess to bring you a whole can of cola, and most likely she will be happy to help.

The mask will give you total 15 minutes of oxygen.

The oxygen masks in the plane are enough for only 15 minutes of breathing, but this time is more than enough for the pilot to lower the plane to the desired height, where you can breathe normally.

In general, when the masks fall out, the pilot lowers the aircraft as much as possible, and is looking for the nearest airport to land.

In general, finding a height at which you can breathe relatively normally takes from 10 to 20 minutes, depending on the height at which the aircraft is at the time of depressurization.

Sometimes flight attendants do not serve dinner, hoping that you will fall asleep

On night flights, flight attendants sometimes delay the moment the meal is served as long as possible. They hope that the passengers will fall asleep, and they will not have to bother with the supply of food.

Do not even touch the water in the plane

Never drink water in an airplane unless it is out of the bottle. Better not even touch her. In the ports, the cleaning of the toilet and the pouring of clean water are practically close to each other, and sometimes one employee generally does both.

The process of water replenishment may vary in different airlines, but one study by the Wall Street Journal is alarming.

In the 2002 year, water samples were taken on 14 different flights, and it turned out that the level of bacteria is tens, and sometimes hundreds, times the established rate for the United States.

Employees are paid only when the plane takes off

Some airlines pay their employees only when the landing gear is taken off the ground. So, the hours of delay are not paid, although sometimes the difference in time that an employee spends in the air, and his real time of work, including delays on the ground, is simply enormous. For airlines, this is a great way to save money.

Of course, this is not the case with all airlines, some pay from the moment the aircraft door closes, and employees get paid for the hours of departure, too.

Pilots get different food in case of poisoning.

In some airlines, pilots are served different foods that they can not share among themselves. This is done in case something causes food poisoning.

In this case, there will always be a co-pilot in full health, who will be able to normally manage the aircraft.

Flight attendants do not comply with the rules for mobile phones

After the stewardess asks everyone to turn off the electronics, it is quite possible that she herself will use her smartphone.

11 mistakes made by tourists who first arrived in New York

Mistakes that US tourists make in other countries

15 most beautiful places in America to visit in spring