Home Page Incidents The death toll after the collapse of the building in Florida grows: how are the rescue work

The death toll after the collapse of the building in Florida grows: how are the rescue work

It is now confirmed that 46 people have died in the partial collapse of an apartment building in the Miami Beach area. On Wednesday, July 7, authorities announced 10 more bodies were found - the largest increase in the death toll in a single day. Writes about it NBC News. 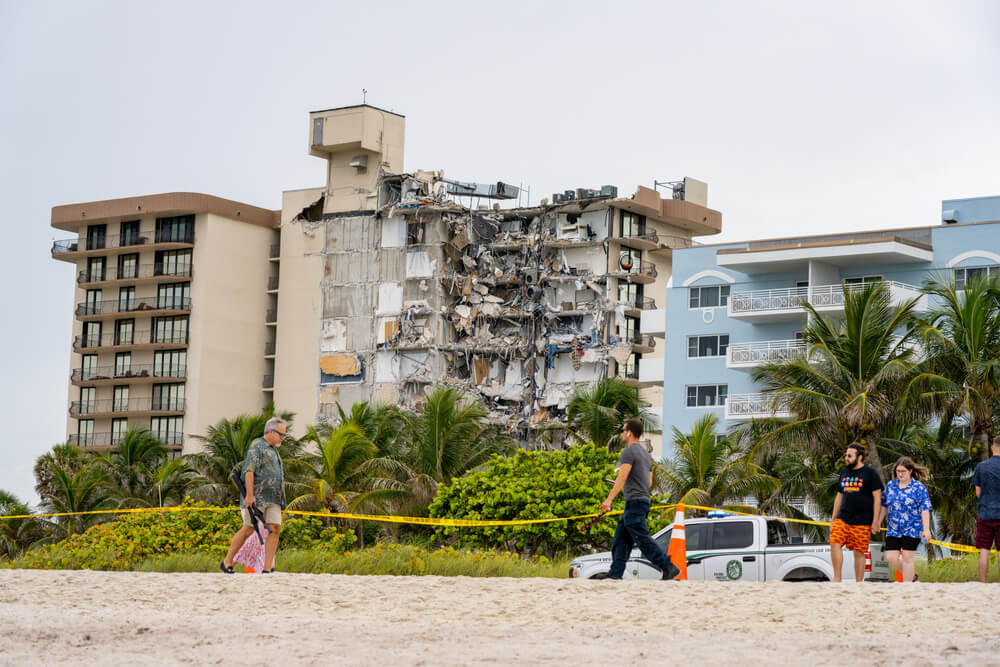 94 people are still missing, rescuers have not found anyone alive almost since the collapse of the building on June 24.

Miami-Dade Mayor Danielle Levine Kawa said that of the 46 confirmed deaths, 32 have been identified and their families notified.

Officials continue to refer to the grueling, near-continuous excavation as a search and rescue mission, although this sounds less reassuring as Thursday, July 8, marks two weeks after the collapse.

"The emergency services are searching the rubble as if they are looking for their loved ones," said Levine Kawa. "I think everyone will be ready when the time comes to move on to the next stage."

According to the mayor, US President Joe Biden, who visited the area, expressed his support.

The weather continued to impede the search. While Tropical Storm Elsa hit the opposite shore of Florida, the Miami area was still feeling the effects of high winds and rain.

A video released Tuesday by the Miami-Dade County Fire and Rescue Service shows dozens of people working on the pile, tarp and tents fluttering in the wind and palm trees swaying from side to side.

Miami-Dade Fire Chief Alan Kominsky said the brigades stopped searching at night as they demolished the remainder of the building, after which the search was resumed.

Kominsky said the brigades removed 124 tons of garbage from the site. The wreckage is sorted and then stored in a warehouse as potential evidence in an investigation into the building's collapse, officials said.

Documents released by officials have highlighted previous concerns about the structural integrity of Champlain Towers South. According to a 2018 report, technical consultant Frank Morabito revealed that “severe cracks” were observed in the building's underground garage.

Morabito recommended that the concrete slabs, which were in poor condition at the entrance and on the pool deck, should be “completely removed and replaced”. According to him, the damage to the concrete must be “repaired in a timely manner”.

The National Institute of Standards and Technology and local agencies are working together to find out what caused half of the building to collapse.

Tax holidays in the USA: when and in which states you can save on purchases