Home In the U.S. 'The Price of Truth': why the Holodomor film sparked heated discussion in the USA

'The Price of Truth': why the Holodomor film sparked heated discussion in the USA

Director Agnieszka Holland's The Price of Truth (originally titled "Mr. Jones") is now available on Amazon and elsewhere following its US premiere this spring. Recently, more and more reviews of the film have appeared in the Western press, which helps the tape itself in terms of gaining a wider audience, but also sheds light on a little-known tragic page in world history - the Ukrainian Holodomor. "Voice of America". 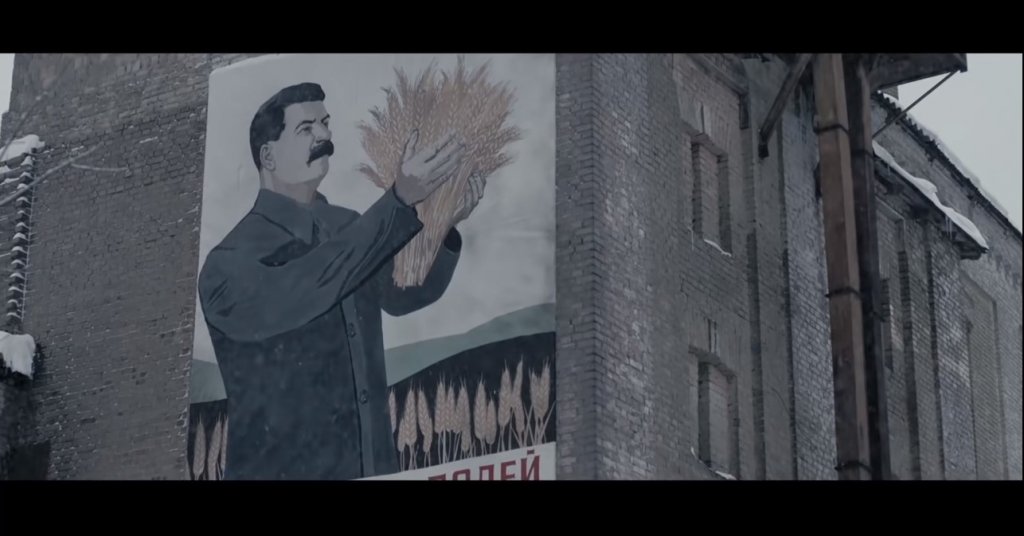 According to Plokhy, the film is an important new historical drama with a very modern context. It sheds light on one of Stalin's worst crimes, "while serving as a reminder that today's talk of fake news is not really new."

“With its focus on the journalistic duel of narrative control around the Stalinist famine, the film echoes many of the themes that define today's information battlefield. In the current era of fake news and alternative facts, “Mr. Jones ”shows that previous generations also faced similar challenges. It illustrates the deadly responsibility of the media to convey events accurately, while at the same time showing a constant authoritarian impulse to cover up and distort, ”writes Sergei Plokhiy.

The film is also important, as the Harvard professor notes, that it sheds light on the Stalinist Holodomor by showing for the first time the Ukrainian Famine of 1932-33 to an international audience.

"Famine was one of the worst crimes of the 20th century, but it still needs to enter the global consciousness in a way that reflects its scale and the consequences of that tragedy," the Atlantic Council website said.

That lengthy "whitening" of the Stalinist famine in Ukraine, which was carried out by the Moscow correspondent of The New York Times, Walter Duranty, turned out to be convenient for an international audience, Plokhiy notes. In his opinion, then the world was more concerned about Hitler's coming to power in Germany and the economic consequences of the Great Depression - therefore there was little demand for a confrontation with the Kremlin in the early 1930s.

"There can be no happy Hollywood-style ending in the Holodomor films, but at least at the end (the film) told the story," Plokhy notes. 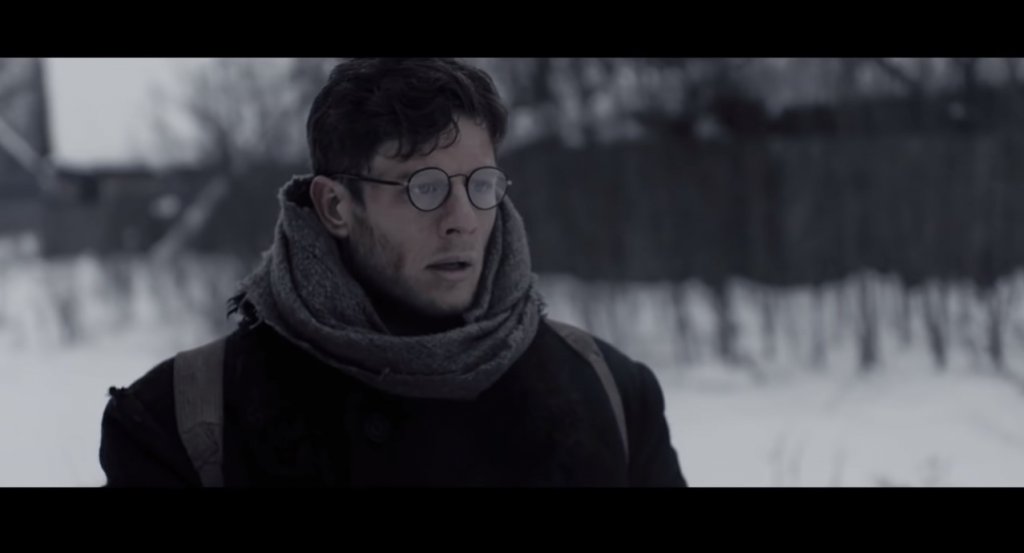 In influential newspaper The Wall Street Journal, journalist James Freeman collected reviews in the American press on the film "The Price of Truth", in particular, citing The First Thing: "The words" you must see "are grotesquely abused in film reviews, but in this case they are successful. "

In many reviews of Mr. Jones, film critics also note that it is especially relevant in today's "time when lies, bullying and violence seem to be returning instead of progress, equality and justice," and the film " is a useful lesson in consequences - it is an opportunity to watch and learn, ”notes Francis Meyer in a review in The First Thing.

Reviews of the film also say that the film sheds light on a little-known theme of the Holodomor of 1932-33, when, according to current estimates, almost 4 million Ukrainians died of an artificial famine.

"They did not die naturally ... That famine was a deliberate policy adopted by Stalin, with the selection of crops and other food products and widespread persecution, deportation and even execution of dissent," Anthony Lane writes in The New Yorker.

“His (Stalin's) large scheme of collectivizing agriculture failed ... but ideologically it could not be a failure. Who is better than the Ukrainians, who were often mistrusted and demonized by Moscow, presented themselves as scapegoats and saboteurs? " Lane asks.

In the influential National Review, Kylie Smith recalls that for the Polish director Agnieszka Holland, the topic of the crimes of the communist regime is not something distant, because she was arrested by the communists during the suppression of Soviet tanks in the Prague Spring of 1968.

On the subject: Mr. Jones: the story of a journalist who told the world about the Holodomor and interviewed Stalin

In the review we read that the film is portrayed as a duel between Welsh journalist Gareth Jones and the New York Times' Moscow correspondent Walter Duranty, who wrote positively about the Stalinist Soviet Union and denied famine in Ukraine.

A very positive review from the reviewer is caused by the play of actor Peter Sarsgaard, who played Duranty, this actor is good at the role of negative characters in films.

In reviews of the film in American publications, a phrase is quoted from one of Duranty's articles, which was included in the script of the film (American Andrea Chalupa worked on the script). Duranty says about Stalin's excesses: “You cannot cook eggs, not breaking eggs” ... But the terrible truth was that during the Holodomor human lives were broken.

One of the reviews indicates that Russia still does not recognize the Holodomor, and Dmitry Medvedev, as president of Russia, called the Holodomor in 2008 "so-called" and stated that portraying Ukrainians as victims of this Stalinist crime is "cynical and immoral" ...

In an interview with the New York Daily News, director Agnieszka Holland noted that after the fall of the Iron Curtain in 1989, "humanity is quickly forgetting the crimes of communism." 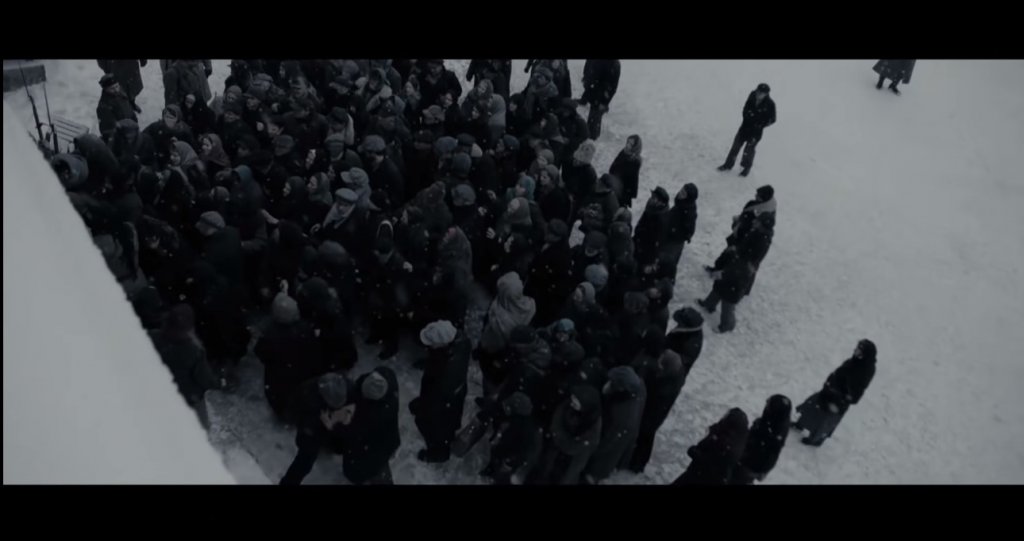 But “some crimes against humanity are unbearable,” the director says, adding that people know little about the events that are reflected in the film, and even the real number of victims of the Stalinist Holodomor is still not known.

“Nobody talks about it. Nobody knows about it. So I thought I had to somehow shed some light on this, ”Holland told the reporter.

Among those who published a review of the film is The New York Times, for which Walter Duranty worked as a Moscow correspondent. Reviewer Manolo Dargis writes that the film is "a political thriller with an unwavering, unrelenting pulse."

On the subject: American businessman has assembled the world's largest collection of paintings about the Holodomor in Ukraine

“Holland is one of the no-dialogue filmmakers to express content, and some of the strongest scenes in Mr. Jones ”is speechless or almost wordless. When Gareth goes to Ukraine, the film is transported into an increasingly eerie, as if from other worlds, peace. In this frozen world there is a touch of danger when other train passengers in Gareth's carriage look at him, at how he eats, with tremendous psychological intensity, ”read Manolo Darґis in his review.

“At the moment when he escaped from his escort, walking through the snow-covered, deserted countryside - it looks like he is walking through a wide cemetery,” writes The New York Times.

And The Wall Street Journal, calling the film "brilliant", says it will help make sure "neither the crimes of the Marxist regime, nor its victims in that wide cemetery will be forgotten."

'Sadist', 'executioner', 'Nazi criminal': a series about a Ukrainian who served in death camps appeared on Netflix

Our borsch: how the Russian Foreign Ministry used the Ukrainian dish for military propaganda of the Russian Federation

'They read my mother's letters to me': stories of those who saved Jews from the Holocaust, risking their lives