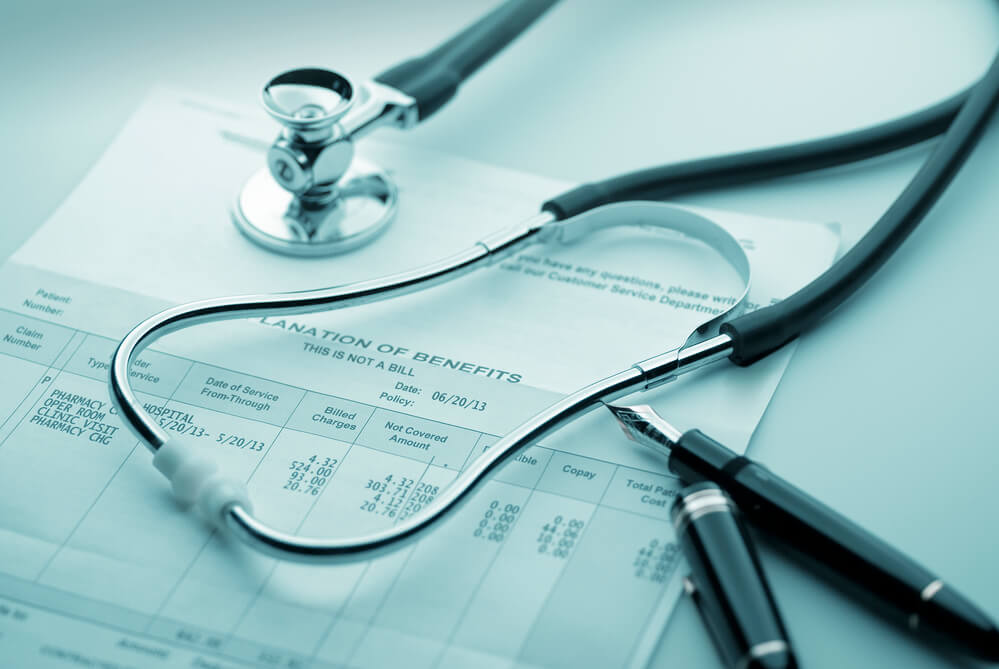 Five defendants in a major case of fraud with medical insurance in the United States, which caused damage to 33 million, pleaded guilty in exchange for leniency.

He writes about it Air force With reference to Juna Kim, Acting Chief Prosecutor of the Southern District of New York.

The five other defendants deny the guilt and continue to await the trial, the start of which is scheduled for 23 on April 2018.

The fraudulent operations took place in eight clinics that were opened for this purpose in Brooklyn by a former Kyiv resident Alexander Burman.

For several years, Burman worked as an undercover informant for the FBI. On two medical fraud trials that took place in the Manhattan federal court in 2004 and 2009, he testified.

In an interview after the trial in 2004, which revealed his rare awareness of the underground medical business, Burman said that he had retired from insurance frauds. It turned out not quite.

According to prosecutors, he collaborated with the investigation with 2001 on 2012 a year and planted numerous criminals.

In 2012, Judge Deborah Betts took into account his services to justice and sentenced him to two years probation for an old medical scam.

The current scam lasted from 2007 to 2013 for a year, that is, it captured the period when Burman was still an informant.

After his arrest, he quickly pleaded guilty and expressed a desire to cooperate with the investigation.

Investigators met him a couple of times, but refused his help. This usually happens when they come to the conclusion that they are being told lies.

It so happened that this time 55-year-old Burman had no merit in justice, and in May he received 10 years in prison.

The judge also ordered to recover damages in the amount of 18,7 million dollars.

Burman invested profits from frauds with medical insurance not in expensive cars or jewelry, but in real estate.

Now the prosecutor's office sells 22 of the Burman property, but doubts that it will help out something close to the required amount.

Lawyers asked for leniency, referring to the fact that while living in Kiev, Burman could suffer from a radioactive release in Chernobyl, that he was impressed by the anti-Semitism he was subjected to in the Soviet Union, that he was seriously ill and a drug addict: Burman 20 spent years on opioids.

The prosecutor’s office rejected these arguments, noting that many Jews suffered from anti-Semitism, but few of them chose the criminal path.

Perhaps the judge still took into account the life of Burman, because he gave him less than requested by the prosecutor's office.

Burman could not open a clinic in his own name, because, according to New York law, for this, you must have a medical license, which he does not have. In such cases, fraudsters hire doctors who are listed as owners of clinics and receive a commission for this.

Their responsibilities include signing medical records stating that they allegedly accepted a certain number of patients, as well as writing fake prescriptions and certificates.

Burman had three such doctors in which he recorded his clinics.

One of them, 44-year-old Mushtak Vayd from Michigan, pleaded guilty last week for posing as the owner of a clinic and signing false documents about medical services.

Invoices for these services were sent to Medicaid and Medicare, government health insurance programs for the poor and the elderly.

On Tuesday, Burman’s ex-wife 54-year-old Marina pleaded guilty. She was the owner of a medical supplies store. Universal supply depot and represented in Medicaid fake accounts for allegedly issued goods to patients, for example, diapers for adults.

Patients were also recruited for money. They did not need diapers and changed their recipes for a more useful product - bed linen, dishes and kitchen utensils, which now adorn the homes of many Brooklyn old people.

The top five guilty are 49-year-old Oleg Kataev and his sister 47-year-old Alla Tsirlina, who operated one of the Burman clinics, as well as 37-year-old Ivan Voichak.

This Monday, he admitted that he ran a company of ambulances and received from Medicaid payment for non-existent transportation of patients.

10 life hacking for new immigrants in the US

How to avoid becoming a victim of fraudsters when making insurance

5 ways to save on Medicare insurance

Survive without insurance: how to get medical care in the US and avoid huge bills