Home In the U.S. 'It will be like in Belarus': Trump does not promise to peacefully surrender power in case of defeat in elections

'It will be like in Belarus': Trump does not promise to peacefully surrender power in case of defeat in elections

US President Donald Trump did not promise that he would peacefully transfer power in case of defeat in the November presidential elections, writes Air force. 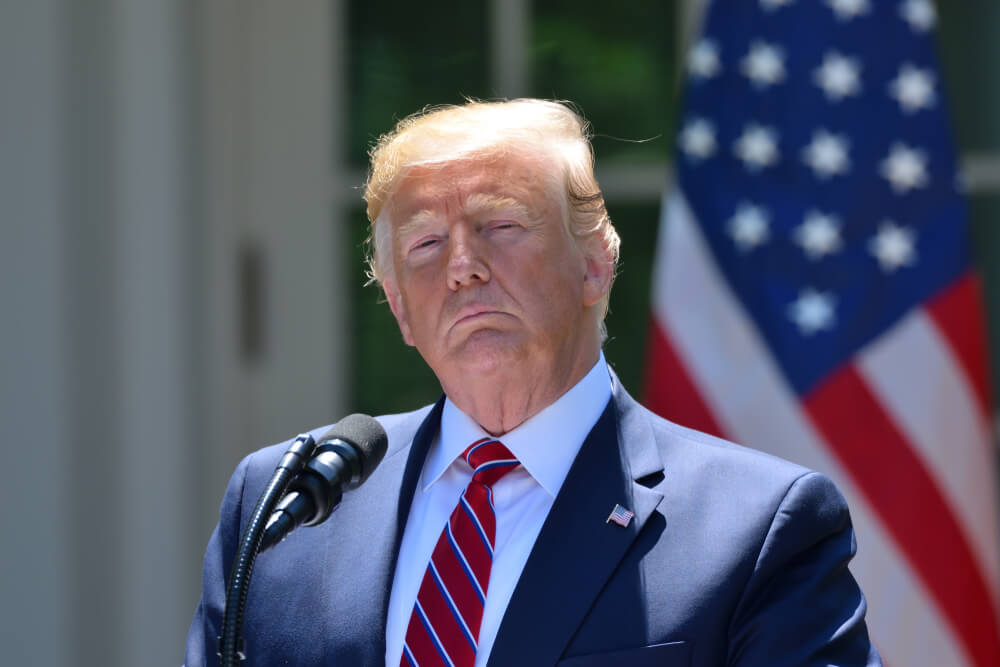 The president reiterated that the postal vote, which many more Americans intend to use this year due to the pandemic, is vulnerable to fraud. These allegations are groundless: in several states in recent years, all voting was carried out almost exclusively by mail, and cases of fraud were rare.

"I have very serious complaints about the ballots, and these ballots are a disaster," Trump is quoted as saying "Voice of America"... "We want to get rid of these ballots."

On the subject: Donald Trump, Satanists and the Ghost of Communism: What Do US Voters Want and Fear?

Polls also show Trump lagging far behind Biden. Counting mail ballots, however, will take much longer, with election day results being the first to be known, and may be in Trump's favor.

Democrats openly warn that Trump may prematurely declare victory soon after the election, without waiting for full results. So, last month, Hillary Clinton, who lost to Trump in 2016, urged Biden not to admit defeat in the first hours after the election, regardless of the results at that time.

Trump's words were even condemned by some Republicans, however, it was Mitt Romney (Republican nominee in the 2012 elections), one of the few party members who from time to time publicly distanced themselves from the president.

“A peaceful transfer of power is fundamental to democracy, without it Belarus will be,” Romney tweeted. "Any hint that the president will not comply with this constitutional guarantee is unthinkable and unacceptable."

As recently as Saturday, September 22, Romney backed Trump in a bid to fill a vacant Supreme Court seat vacated since demise of Liberal Judge Ruth Bader Ginsburg... His position practically guarantees that the Republican majority in the Senate will approve a new judge. It is only unclear whether the process will end before the elections or soon after.

On the subject: Trump said he would run for a third presidential term: can he do it

Trump promised to name the judge on Saturday, September 26, shortly after Ginzburg's funeral, and said he prefers to appoint a woman to the position. He has repeatedly announced the lists of ultra-conservative judges who will be considered candidates for the Supreme Court when vacancies appear there, and this promise, judging by the polls, strongly motivates many of the president's supporters.

Earlier Wednesday, Sept.23, Trump said he would prefer the Supreme Court vacancy be filled even before the election, as he foresees the possibility of litigation over the voting results, and these disputes will eventually be resolved in the Supreme Court.

After Biden arrived in Delaware on Wednesday evening, September 23, he was asked to comment on Trump's words.

"Which country did we come to?" The former vice president asked, but then clarified that he was "just kidding."

“Look, he says the most irrational things. I don't know what to say, ”the politician summed up.

Elections 2020: how Ukrainians in the USA support Trump and Biden

Trump said he would run for a third presidential term: can he do it