Home At home Bucha, Irpin, Gostomel: a Russian fighting for Ukraine spoke about the liberation of the Kyiv region

Bucha, Irpin, Gostomel: a Russian fighting for Ukraine spoke about the liberation of the Kyiv region

A Russian citizen, a former Los Angeles Times journalist, joined the Territorial Defense Battalion to defend Ukraine. He passed through Bucha, Irpen, Gostomel and other settlements near Kyiv and saw many things that journalists did not yet have access to. Sergey Loiko told the publication about what he experienced and saw Voice of America. 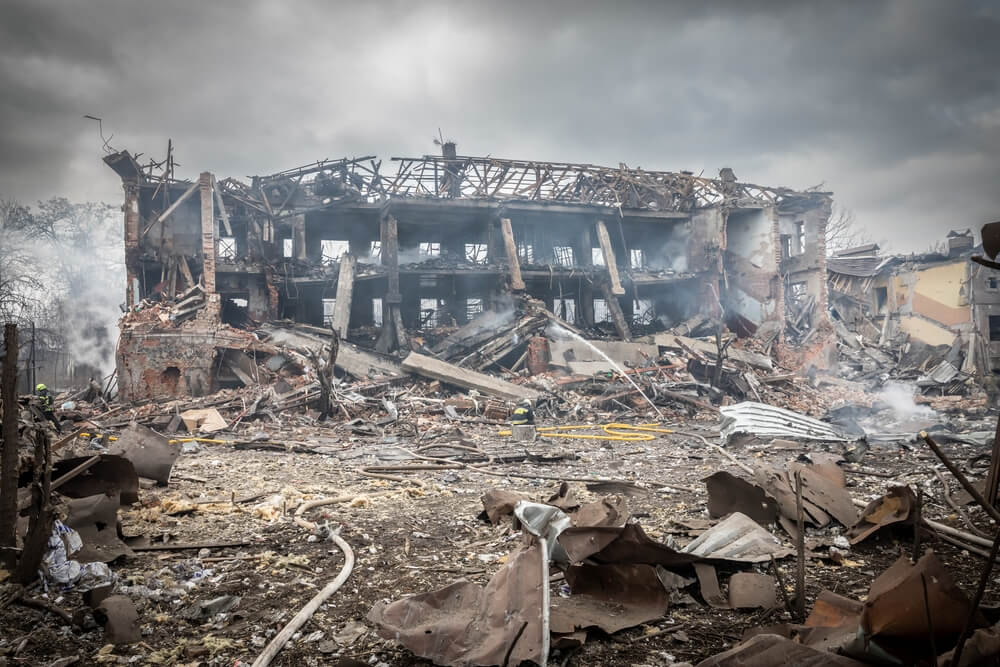 “I was in Gostomel, Bucha, Irpin, in the villages next to them. The picture, of course, is horrific. I saw the same in Grozny in 1995. Everything was completely destroyed,” Sergey began the story.

He documented everything that happened in the cities he entered.

“Judging by the way the cannonade was around Kyiv all these days, one could imagine the scale of the destruction. But no one could have imagined such a mass extermination of civilians,” he noted. “Why didn’t these people die from shelling or shrapnel, they died from bullets, they were shot at point-blank range.”

In his videos from the scene, Sergey showed and talked not only about the destruction, but also about the bodies of the dead civilians, who for a long time remained lying on the bare ground.

Loiko's footage shows that Bucha, Irpin, and Gostomel are "dead" cities, more like an exclusion zone than the recently revitalized and flourishing suburbs of the capital.

On the subject: Ukrainian journalists awarded Pulitzer Prize: full list of laureates in 2022

“There were entire streets of cottages, a pine forest is an amazing place,” Sergey said about Irpen. “It feels like they were burned on purpose.”

In Bucha, Russian troops set up their headquarters right in the beauty salon. Irina, the owner of the salon, said that they tore out all the furniture in order to make a checkpoint and shoot at civilians.

“They mostly walked on the floor, and peed in pots of flowers,” Loiko stressed.

He also showed the "catch" of the Kadyrovites. True, they failed to bring the loot home. A lot of phones, laptops and other equipment were found in the car.

“Practically in all houses and apartments, the doors are broken, they are all gutted. The bandits stole everything that could be stolen, up to women's underwear, - said the former journalist. “And such a picture in every apartment.”

Many have heard about the atrocities of the Russians in Bucha, but Sergey says that in Gostomel and Irpen the situation seems to be a little milder at first glance, but still far from normal: civilians and children were shot, not only shopping centers, but also playgrounds were bombed.

At the same time, Loiko emphasizes that after all that he saw among the Ukrainian military, a degree of hatred towards the invaders has grown.

“We went into a house where an elderly woman and her daughter lived. The Russians raped their daughter for 20 days. And when it was time to retreat, one of the invaders decided to confess his love to her and wished to take her with him to Russia. She said that you would not go anywhere because her mother was sick. Then the monster killed her mother in front of her eyes and asked: “Are you going now?” - one of Sergey's colleagues told the story that struck him the most. “Obviously, she didn’t go anywhere, but the brutality that the invaders are doing is just some new dimension of hatred.”

“At first it was hard to believe that such atrocities could be done by a living person,” another colleague, Valentin, was amazed. “Now I am filled with a thirst for revenge.”

The civilians who managed to survive still do not believe that they are free. According to Sergei, they are still afraid that the Russians will return and everything will start anew.

But still, says Loiko, “there is already some revival in the streets, residents go for water and supplies. They already walk more or less calmly, do not run and do not bend down.

One of the inhabitants of the city of Vladimir said that when the power supply was lost at the beginning of the war, many left. Those who remained hid in cellars. About 200 people huddled with him in the basement. Fortunately, many managed to escape - some left on their own, some were taken out.

“I met a wonderful man. Since March 8, he came every day and took out the pets of people who managed to escape, ”Sergei said in the end.

Sometimes people gave him keys, sometimes he had to break down doors. He took all the animals - both those who were simply abandoned, and those whose owners died.

Responsibilities and risks: what you need to know for those who decide to sponsor a refugee from Ukraine in the USA

The United States will provide Ukraine with military assistance through Lend-Lease: the last time this was done for the USSR during World War II

Foreigners go to fight in Ukraine: how legal is it and can they be punished