Home In the U.S. More masks than jellyfish: how 'coronavirus' waste pollutes the ocean

More masks than jellyfish: how 'coronavirus' waste pollutes the ocean

An excess of discarded disposable masks and gloves clogs the seabed and is washed by the waves on the beaches, says The Guardian. 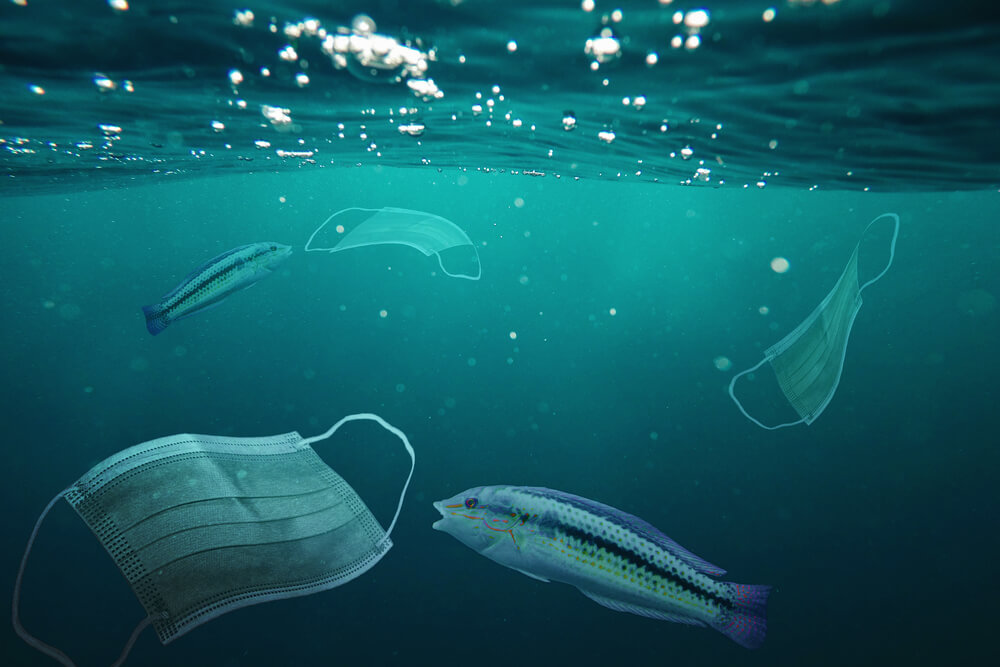 Conservationists have warned that the coronavirus pandemic could trigger a spike in ocean pollution - in addition to the excess plastic waste that is already threatening marine life. Experts came to this conclusion after the discovery of disposable masks floating like jellyfish and latex gloves filled with water and scattered on the seabed.

The French non-profit organization Opération Mer Propre, whose activities include the regular collection of garbage along the Cote d'Azur, began to sound the alarm in late May.

The divers found what the organization's Joffrey Peltier called "Covid waste" - dozens of gloves, masks and bottles of hand sanitizer in the waves of the Mediterranean, mixed with common rubbish in disposable cups and aluminum cans.

According to Peltier, the number of masks and gloves found was far from huge. But he is concerned that this discovery is hinting at a new type of contamination that will become ubiquitous after millions of people around the world use disposable accessories to protect against coronavirus.

“This promises that pollution will come if nothing is done,” Peltier said.

“There is a risk that soon the Mediterranean will have more masks than jellyfish,” he wrote on social media, along with a video of the dive showing algae-tangled masks and dirty gloves at sea near Antibes.

The group hopes that images will encourage people to use reusable masks, and instead of wearing latex gloves wash their hands more often.

“With all the alternatives, plastic is not the solution to Covid protection,” says Peltier.

In the years leading up to the pandemic, environmentalists warned of the threat of plastic pollution to oceans and marine life. According to a 2018 UN Environment estimate, up to 13 million tons of plastic enter the oceans annually. The Mediterranean Sea receives 570 tonnes of plastic annually, an amount that WWF has named equal to 000 plastic bottles being dumped into the sea every minute.

These numbers could increase significantly as countries around the world are struggling with the coronavirus pandemic. Masks often contain plastic, such as polypropylene, says French politician Eric Pauge.

Earlier this year, representatives of OceansAsia, a Hong Kong-based organization, began to raise similar concerns after scoring dozens of disposable masks on marine debris on the uninhabited Soko Islands.

“On a beach about 100 meters long, we found about 70 pieces,” said Gary Stokes from OceansAsia. - A week later, another 30 masks were washed ashore. And this is on a desert island, no one knows where! ”.

On the subject: Research: all New York airports may be under water by 2100

Wanting to know how far the masks sailed, he began checking out other nearby beaches.

“We find them everywhere,” he said. "Ever since society began wearing masks, cause and effect have been visible on the beaches."

He suggested that light masks were also occasionally carried by wind from land, boats, and landfills.

“It's just another marine debris object,” Stokes said, comparing masks to plastic bags or straws that are often washed up on more distant city shores. "It's not better, not worse, just another item that we leave as a legacy to the next generation."

However, given the likelihood that porpoises and dolphins might take the mask for food, environmentalists are gearing up for grim finds.

“Their bodies are constantly washed ashore, and we are just waiting for the autopsy to find the mask inside,” he said. "I think it's inevitable."

Catastrophe for the Arctic: a large-scale oil spill occurred in Russia

Venus with a surprise: how quarantine 'affects' even a distant planet