Home Educational program What Americans are most afraid of

There is no doubt that 2020 has been a difficult year, full of extraordinary events that have struck fear and alarm in the hearts of Americans. The raging pandemic and economic downturn, followed by elections that sparked a dramatic uprising, are just a few of the incidents that have increased tensions across the country. What are the Americans most afraid of now, the portal found out Safe home. 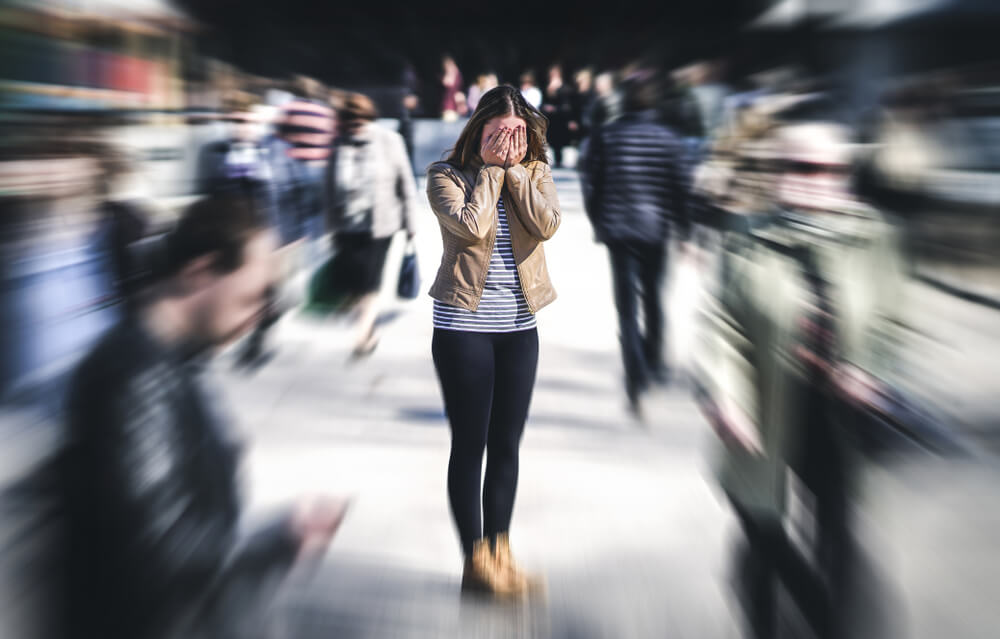 Safe home assessed how Americans coped with the stresses of recent months, and identified the biggest fears left after them. Studies of more than 2000 people have highlighted their underlying problems and the lingering effects of anxiety more than a year after the outbreak of the pandemic.

Overall, health problems and community violence became the biggest concerns as financial stress, mistrust of government, and environmental concerns loomed alongside standard fears such as crime, slimy creatures, and car accidents. A comprehensive study found that 45% of people experience more anxiety and fear every day than 12 months ago.

After a year of isolation and conflict, the idea of ​​losing loved ones generates intense fear: 65% were afraid of the death of a loved one, and every fifth - to lose relationships due to political differences.

On the subject: In 2020, life expectancy in the United States dropped sharply: this has not happened since World War II

2020 was named the most stressful year on record, and the American Psychological Association said rampant anxiety has turned into a mental health emergency in the country. Research shows that the situation has not improved significantly yet.

Only 29% of respondents felt their daily anxiety had decreased compared to 12 months ago, while 45% said it had increased. This stress has manifested itself in American sleep patterns, which remain seriously disturbed: 39% said they suffer from insomnia at least once a week.

To determine what factors fueled this anxiety, participants recorded their fear levels for 41 different issues across seven categories: health, relationships, finance, politics, the environment, crime, and other fears. The responses were pooled into a fear index, which measures the average level of fear on an ascending scale from one to 100.

Only two problems in the study recorded a fear level of over 90 among the entire population: fear of death of a loved one and fear of serious illness.

One in five Americans said they were afraid of political differences that could burn the bridges between their family and friends. In the past year, disagreements over presidential candidate selection and vaccinations have sparked contention in the most loving families. Others have been cut off from loved ones due to increasingly frequent extremist views, a relatively new phenomenon in the United States.

News headlines have constantly put a strain on society as police violence, heated electoral controversy, and conflicting information about vaccines have sown mistrust across the political spectrum, maintaining cycles of conflict and anxiety.

Hate crimes and police brutality led to massive protests that sparked calls for law and order. The attack on the US Capitol, which has not occurred since 1812, also likely raised new political concerns. This series of events sparked unrest and public safety concerns and rekindled fears among Americans.

While the overall results showed that political and government fears were widespread, a closer look showed that specific fears often varied widely across the political spectrum.

Given the wide political division in the country, it was not surprising to find statistical differences along ideological lines.

Americans on both sides of the conventional barricades shared concerns about civil unrest, excessive corporate influence, and terrorism. Left and right were alike concerned about government corruption, but the form that corruption took varied greatly depending on personal ideology.

Conservatives were especially concerned about the threats of communism, restrictions on firearms, and government surveillance, while liberals were more likely to fear police brutality, hate crimes, and fascism.

These diverging fears may be fueled by contrasting information bubbles, especially on social media, which paint vastly different views of the world.

The recent economic recession has hurt for a variety of reasons. Quarantines shut down businesses and caused massive unemployment, the stock market crash highlighted the volatility of savings, and hospitalization costs reminded Americans how disease can easily bankrupt them.

While economic setbacks have triggered a wave of insecurity in many sectors of society, wealth has also affected the level and focus of financial fears. Those who earn less than $ 50 a year report that their fears are significantly higher with regard to day-to-day money problems, while those with higher salaries were significantly more concerned about the stock market performance. In addition, women were more likely than men to fear the lack of retirement savings: 000% of women experienced this fear, compared with 59% of men.

Law-abiding citizens are always fearful of crime, but since there was a surge in certain offenses in American cities during 2020, such questions seemed more relevant to respondents. Economic hardship, public anxiety, increased online activity and renewed debate over the role of the police have fueled fears of criminal activity.

Mass shootings, which dwindled during the quarantine, remained the most feared crime, the third highest concern. Identity theft was the second most important crime, reflecting the rise in cybercrimes related to the shift to telecommuting. While more and more people are spending time at home, burglaries and burglaries are still a concern, with an average score of 61 out of 100.

On the subject: During the pandemic in the United States, the homicide rate rose to a record: there were no such rates in 60 years

In general, women reported more fear than men when it came to crime issues, especially with regard to mass shootings and physical assaults.

A year in which the virus, recession and political unrest reigned, caused great alarm among Americans. Health problems, financial troubles and growing political mistrust were the most serious concerns surrounding the dire current events.

Signs of hope are on the horizon since the darkest days of last year: a COVID-19 vaccine, an improved economy, and a peaceful presidential handover. What remains to be seen is whether these positive steps can quell fears, rally Americans, and let them sleep peacefully.

How the data was collected and processed

2083 American adults took part in the polls. Their response options were “Not Afraid,” “Slightly Afraid,” “Afraid,” or “Very Afraid” out of 41 fears in the survey. These options are used to create a fear rating for each topic.

Fear scores were determined by assigning a value to each answer from 0 (not afraid) to 3 (very scary) and then presenting the total score for each fear as a percentage of the total.

Buyers' observations: which products in the USA have risen in price the most

Damages the nervous system: lead is found in the blood of half of US children

Coffee, pizza, burgers, ice cream: 14 holidays in the USA when you can get free treats

During the pandemic in the United States, the homicide rate rose to a record: there were no such rates in 60 years