Home In the U.S. More than 40 earthquakes in a day caused a sound wave in the northwestern United States and frightened residents

More than 40 earthquakes in 24 hours have caused a sound wave in the northwestern United States, reports CNN. 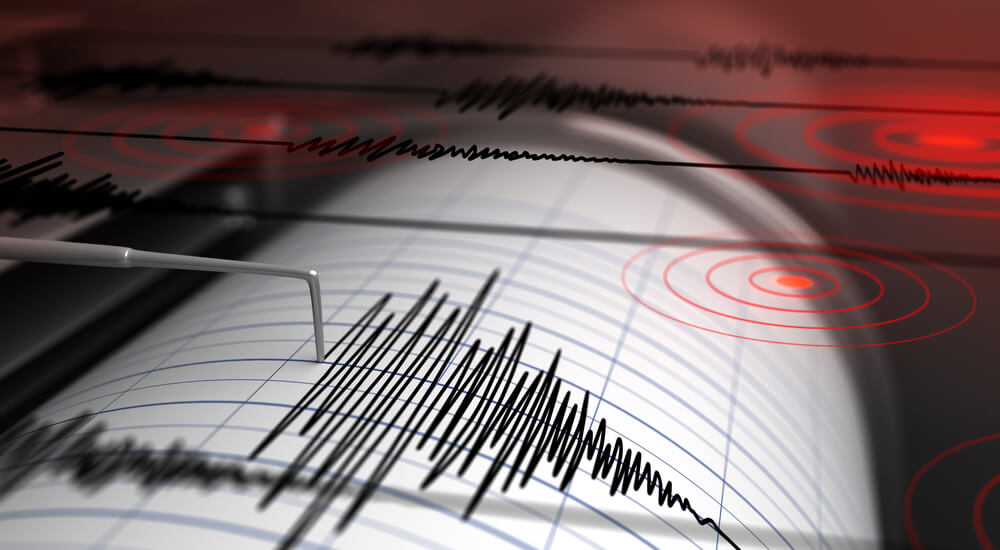 One of the most active fault lines in North America came to life on December 7 after more than 40 earthquakes - ranging in magnitude from 3,5 to 5,8 - struck off the Oregon coast, drawing the attention and concern of millions of the region's inhabitants.

The series of quakes, which began in the early morning of December 7 and lasted until December 8, occurred 320-400 km west of the coastal city of Newport, Oregon, far enough to be hardly noticed on land, but given the seismic history of the area, this the phenomenon creates a real buzz.

“If you asked me yesterday where on Earth is most likely to be a 5,0+ quake cluster in one day, that quake series would be number one on my list,” said Harold Tobin, director of the Pacific Northwest Seismic Network Washington DC university.

The fault line responsible for earthquakes is the Blanco Fault Zone.

There has been a 'swarm' of earthquakes off the Oregon coast this evening; the strongest reaching 5.8!

Such swarms are common. Thankfully, they mostly occur far from shore along strike-slip faults.

This means there is NO tsunami risk because little water is displaced! pic.twitter.com/8reA3m3rL0

This fault is more active than the infamous San Andreas Fault in California, which has produced more than 1500 magnitude 4,0 or greater earthquakes since the 1970s, according to Oregon State University analysis.

Not all earthquakes are the same

What was most impressive about these quakes was that the series included at least 9 tremors with magnitudes ranging from 5,0 to 5,8, most of which occurred at shallow depths of only 10 km.

According to the USGS database, the number of 5,0+ earthquakes in the region has tripled the annual average (three 5,0+ quakes per year) since 1980.

Fortunately, none of the earthquakes this week triggered a tsunami alert, according to the US National Tsunami Warning Center.

However, this activity has increased the level of concern for some, as the region is one of the most earthquake-prone areas in North America and has already produced one of the strongest earthquakes in the continental United States on January 26, 1700.

The quake originated in the neighboring Cascadia Subduction Zone, a mega-dimensional rift much closer to land where the Juan de Fuca Plate plunges under the N American Plate.

Although the epicenter of this week's quakes, the Blanco Fault Zone, is one of the most seismically active in North America, it rarely results in devastating earthquakes.

The fault is located about 440 km west of the Oregon coastline and about 320 km west of the Cascadia Subduction Zone, where the largest and most destructive earthquakes in the northwest have historically occurred.

“Earthquakes in the Blanco Fault are shear (lateral movements of blocks of the earth's crust on both sides, not up-and-down displacement), so they are very unlikely to pose a tsunami threat, even if a stronger earthquake occurs, such as magnitude 7,0 , XNUMX “, - said Tobin.

More than 1980 magnitude 133 or more earthquakes have occurred in the Blanco Fault Zone since 5, according to seismologist Dr. Lucy Jones, and there have never been any consequences on land since XNUMX.

“Today's earthquakes can be viewed as something like a major shock and a series of tremors, with the only difference that in this case there is not much difference in magnitude between them,” Tobin said.

While earthquakes this week have raised concerns that a so-called "big earthquake" may be around, Tobin assured that this is not always the case.

“There is a fairly long distance from these quakes to the Cascadia Subduction Zone,” Tobin explained.

“Our current understanding of how stress is transmitted through the crust (and mantle) suggests that these events do not appreciably change the stress in the Cascadia Subduction Zone,” he said.

He noted that although we had a significant number of 5,5+ earthquakes in a short period of time, this is not alarming, but rather a seismologically interesting phenomenon.

A similar series of quakes, although not as strong as this week, hit the Salton Sea in Southern California earlier this year.