Home In the U.S. Gluten-free diet - the absolute leader in demand in America

Gluten-free diet - the absolute leader in demand in America 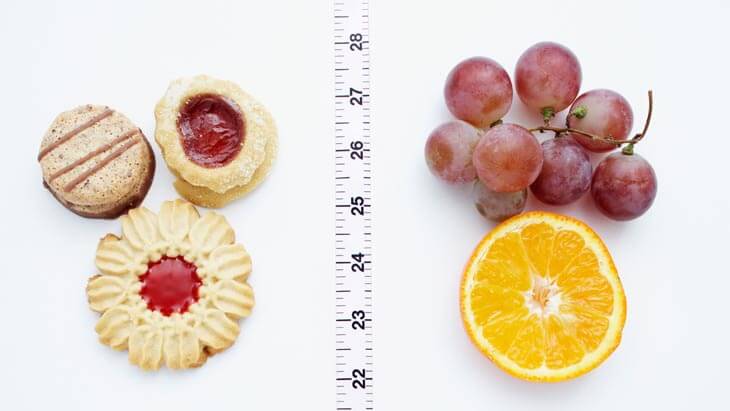 If you ask Google about which of the diets is the most popular in each of the regions of the United States, the answer will be astounding: a gluten-free diet is becoming increasingly common throughout America.

This diet involves the complete exclusion of food containing gluten (gluten protein), which unites a group of storage proteins found in the seeds of cereals, especially wheat, rye and barley. For example, the gluten content in wheat reaches 80%.

The main goal of a therapeutic gluten-free diet is to negate the signs of allergies in people with gluten intolerance or gluten allergy. However, many people choose this diet simply because avoiding gluten-containing foods (mainly starchy foods and sugars) is also a good way to lose weight.

Judging by the map of the United States, presented by the portal Vox, a gluten-free diet has no alternative dominates throughout the country. The states in which it is the most popular by the number of queries in the search engine are marked in purple. In second place is vegetarianism. 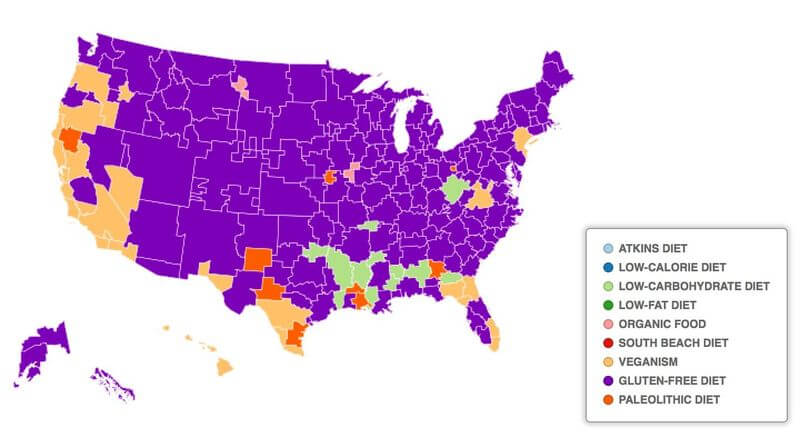 For comparison, the authors offer Google query data for previous years, including 2006. As it turned out, at that time, the absolute leadership belonged to user requests for organic food (highlighted in pink). As you know, this is food made without the use - or with less use - of synthetic pesticides, synthetic mineral fertilizers, growth regulators, artificial additives, as well as without the use of genetically modified foods (GMOs). 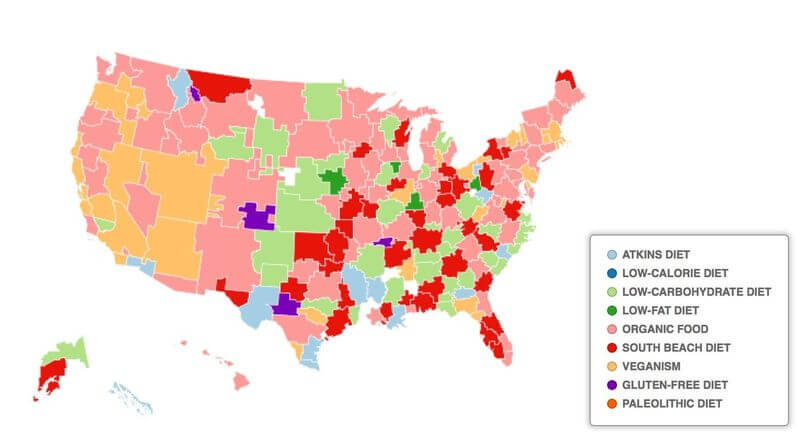 Of course, there are positive reasons for the fact that people today are increasingly following a gluten-free diet, since it is the only medically recognized method of treating celiac disease (about 1% of Americans suffer from this disease) or symptoms associated with this disease. Celiac disease is a serious condition that occurs when digestion is disturbed by certain foods that damage the villi of the small intestine.

However, many are turning to a gluten-free diet in the hope of losing weight. At the same time there is no evidence that such a diet will help to solve the problem.

In 2006 year in one study experts watched the 371 man, each of whom was on a gluten-free diet. Of these, 82 percent gained weight two years later. Another studyin which 149 children of patients with celiac disease participated, showed that in at least a year of a gluten-free diet, the percentage of overweight children has almost doubled.

Of course, weight gain is often associated with the fact that many people mistakenly think that replacing regular pasta or bread with their gluten-free analog will make food healthier and can be taken in large quantities. However, sometimes these substitutes are even more harmful than the original.

Read also on the "Forum":

Scientists: Mediterranean diet does not allow DNA to grow old

A sugar free diet can be life threatening.

A diet at a young age affects the health of women at a later age.