Home Page In the U.S. Unprecedented measures: Texas tries to fence itself off from illegal immigrants with a multi-kilometer barrier of cars

The Governor of Texas has approved a multi-kilometer police car barrier at the border to keep more than 8000 illegal immigrants from entering the state, reports CNN. 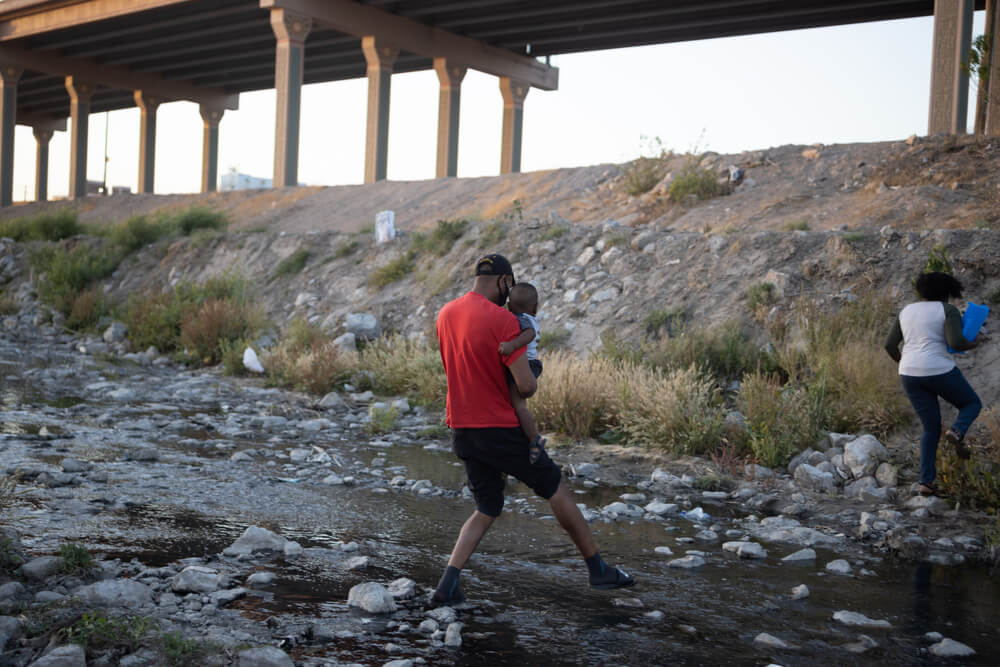 Texas Governor Greg Abbott said on Tuesday that 8600 illegal migrants remain under the Del Rio International Bridge, who simply settled there without permission... And now, Texas authorities are using "unprecedented" methods to keep migrants from crossing state lines, including placing National Guard and State Department of Public Safety vehicles miles along the border to create a "steel barrier."

The influx of migrants, many of whom are Haitians, is the result of word of mouth or social media reports that the border in Del Rio is open, according to the chief of the US Border Guard Service, Raul Ortiz. The chaos under the bridge has angered both local and federal officials. Some even called the temporary camps under the bridge inhuman.

Abbott blamed the administration of President Joe Biden for the current situation in Del Rio, saying the federal government is not doing enough to secure the country's southern border. This, Abbott claims, led to thousands of migrants staying under the Del Rio Bridge, waiting for the US immigration authorities to process their applications.

The Biden administration continues to rely on Trump-era border policies related to the coronavirus pandemic, which allow border officials to quickly remove migrants detained at the U.S.-Mexico border. In recent days, the administration has increased the pace of deportation flights.

US Department of Homeland Security chief Alejandro Mallorcas said the administration hopes to clear the migrant camp under the bridge within the next nine or ten days.

“We expect to see impressive results in the next 48-96 hours and things will improve over the next two days,” he told Senators during a Senate hearing on Tuesday.

On Monday, Governor Abbott requested a declaration of emergency due to the large number of migrants under the bridge. The influx of migrants to Del Rio has also resulted in the temporary closure of the bridge, and traffic has been altered to ensure a smooth flow of trade and travel, according to Ortiz, chief of the US Border Service.

DHS also relies on other border and customs points along the border to process applications for migrants in Del Rio. More than 1000 people have been transported to nearby El Paso, according to El Paso County Judge Ricardo Samaniego, with an influx of 500 per day expected.

Abbott said Border Patrol officers are "overwhelmed by the amount of work they have to do and suffer the consequences of not providing them with the personnel and resources they need."