Home Our people Belarusians in the USA write to congressmen about the situation at home: how it can help

Belarusians living in the United States urge each other and all those who are not indifferent to send messages to American senators and congressmen to tell them about the situation in Belarus and call for action. 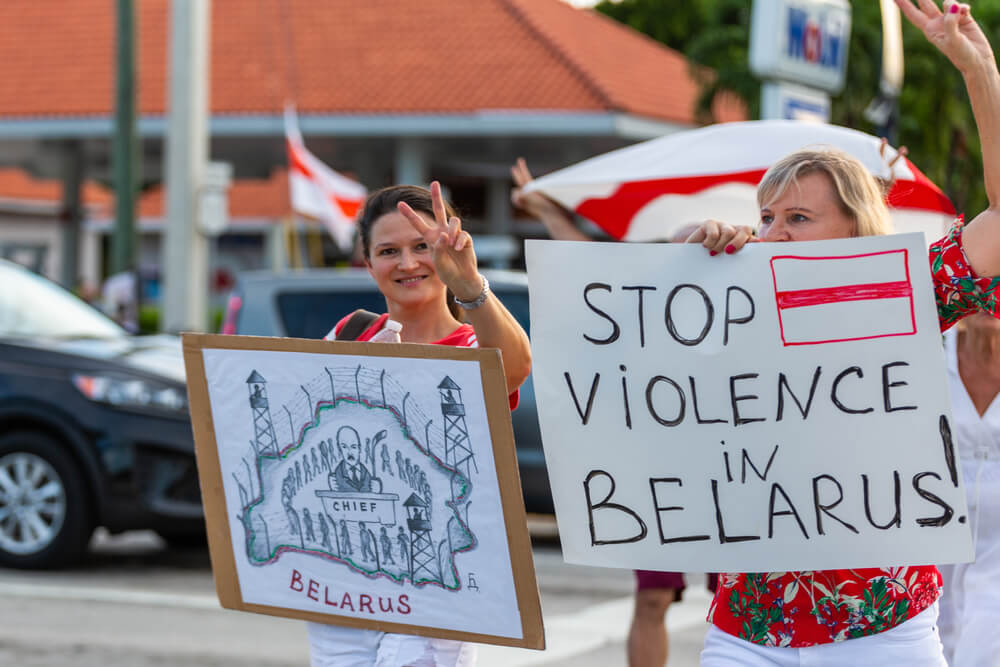 In the Facebook group “Belarusians ZSHA. Razam lagchei " compatriots urge to write letters to senators and congressmen. To do this, use the Resistbot service. It is a service for US residents to compose and send a letter to a designated official from messaging applications on their mobile phones “in just two minutes”. 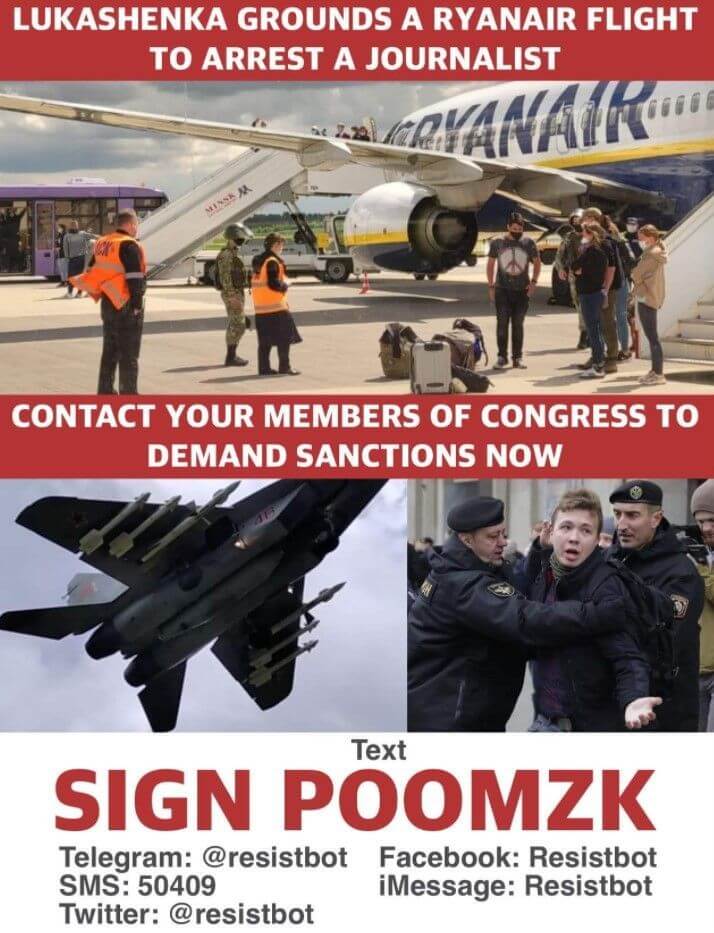 US congressmen and senators can propose sanctions and resolutions against Belarus. For example, in April 2021, the House of Representatives adopted a resolution "In support of the people of Belarus and their democratic aspirations and in condemnation of the falsification of election results and the subsequent brutal suppression of peaceful protests by the illegitimate Lukashenka regime," writes Khartya'97.

The text of the resolution provides evidence of repressions against citizens of Belarus who expressed disagreement with the Lukashenka regime, including against journalists who were repeatedly detained during the protests. The document emphasizes that the United States does not recognize the results of the elections held in Belarus on August 9, as they were “neither free nor fair”. The House of Representatives demanded the release of all political prisoners and called on the authorities of the United States, the European Union and partner states to impose joint sanctions against the Lukashenka regime.

On the subject: Aircraft interception by Belarus: pilot talks published, Europe stops flights over the country

The resolution is not binding law. This document expresses the general position of the lower house of Congress and is advisory in nature.

In the comments, users of the group report that they have already written to their senators and congressmen. And they began to answer.

User Svetlana writes: “It will work when they vote on Belarus. And plus you create contact with your senators to apply later on economic sanctions and so on. Building awareness is very important. Thanks to everyone who writes! ” and is attaching a screenshot of US Senator Dianne Feinstein's response to the message. The senator thanks for the appeal and promises to monitor the situation. 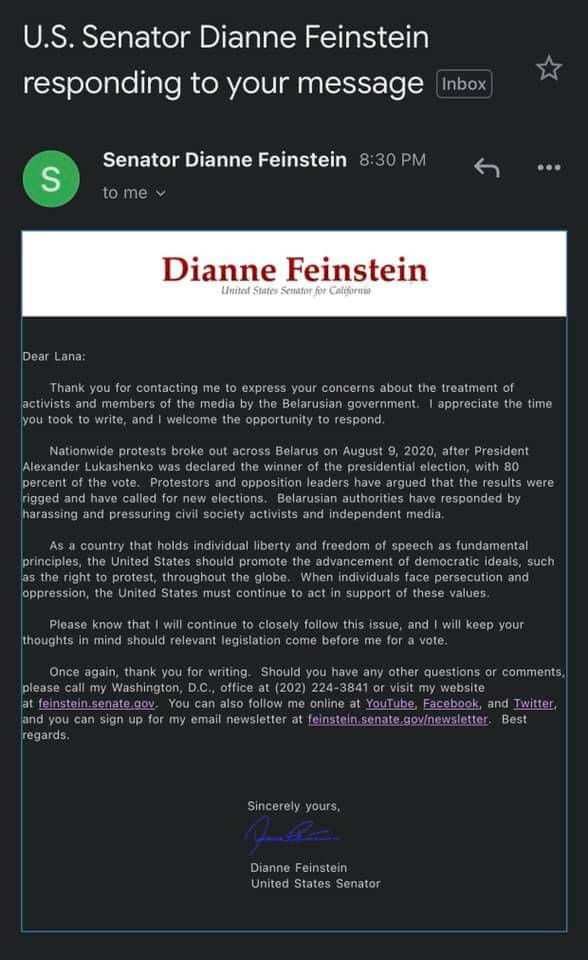 In addition, the website Change.org created a petition calling on the government of Belarus to immediately release Roman Protasevich. Who is he, read in the material ForumDaily.

“We, the undersigned, categorically condemn the abduction and arrest of Roman Protasevich by the Belarusian authorities. The way the plane he was on was diverted from the course by the Belarusian authorities using the threat of a bomb explosion on board, his subsequent forced landing in Minsk under the escort of a military plane and the arrest of Roman Protasevich is contrary to international law. It was a government hijacking of a Ryanair plane, and the state ordered the kidnapping of a private citizen by Belarus.

We call on the President and Government of Belarus to immediately release Mr. Protasevich without charge and to apologize to him, Ryanair and the international community, whose passengers have been seriously affected by this terrible behavior of the sovereign country. ”

Leave the country within XNUMX hours: Belarus and Latvia mutually expelled all diplomats

'Red line' and 'tough response': what Putin promised and who threatened in his annual message

'Covid followed on his heels': how Belarus visited the USA and other closed countries during the pandemic