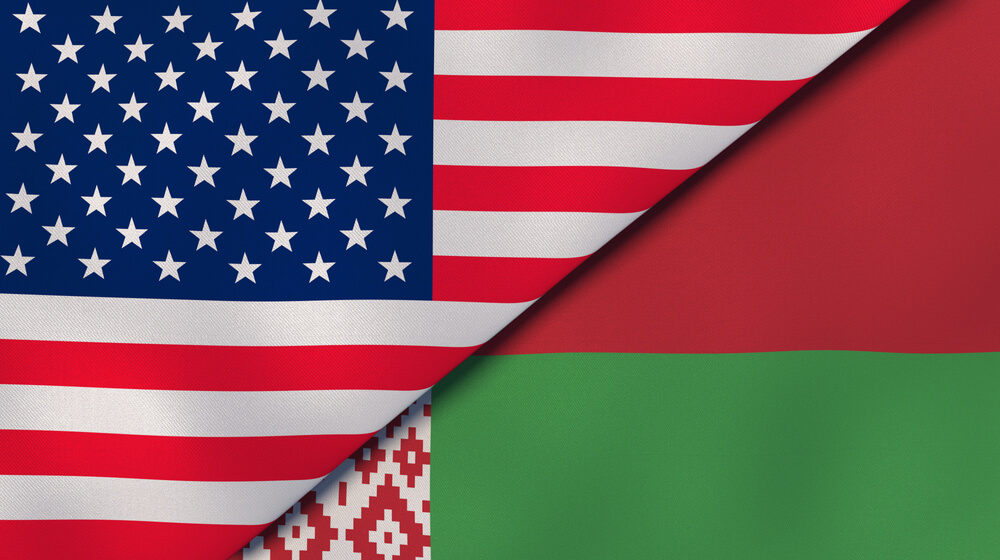 Among the restrictions - “reduction of diplomatic and administrative-technical personnel of the American diplomatic mission, toughening of visa procedures, limitation of the work of American specialists in Belarus on a temporary basis. The decision to work in Belarus of the US Agency for International Development [USAID] was also withdrawn. ”

Many projects are being implemented in Belarus with the help of the agency. In particular, USAID provided financial assistance to the country in the fight against the COVID-19 pandemic.

Many Western countries in connection with what is happening have recommended their airlines not to fly over Belarus. A number of states have banned flights of the Belarusian airline Belavia.

On the subject: Russia refused to let planes flying around Belarus from Europe: flights had to be canceled

The United States has received information about new restrictions on the number of employees of the Embassy, ​​confirmed the spokesman for the US Department of State Ned Price. The changes come into force on June 13, writes Voice of America.

The speaker added that the US Ambassador to Belarus Julie Fisher, who could not start her work in the country due to the lack of permission from the local authorities, will continue to work outside Belarus: she will “communicate with leaders of the democratic movement, journalists, students and members of civil society Belarus, as well as allies ”in support of a free, independent and democratic Belarus.

Price expressed his disappointment with the state of relations between the two countries. “Unfortunately, the Belarusian authorities brought our relations to this point through ruthless and growing repressions against their citizens, which reached a climax. Of course, we saw it: the forced deviation from the course of the Ryanair plane, as well as the arrest of a Belarusian journalist and his girlfriend who were on this plane, ”Price added.

“We know that a sovereign, independent Belarus, respecting the democratic aspirations of its citizens and their human rights, as well as the country's international obligations, is not only in their interests, it is in our interests too,” Price noted.

US Secretary of State Anthony Blinken recalled that in response to the intensification of repressions in Belarus, the United States resumed sanctions against nine state-owned enterprises in the country.

“Actions have consequences,” US Secretary of State Anthony Blinken tweeted. - As a result of the Lukashenka’s regime’s disregard for human rights, the United States canceled the permission for business transactions with 9 state-owned companies in Belarus. The escalation of repressive actions will not go unanswered. "

Americans and post-Soviet countries: where the State Department does not advise US citizens to go