President of Belarus Alexander Lukashenko issued a decree to close the border with Ukraine. He explained the decision by the flow of weapons from abroad and an attempt by saboteurs to blow up the station of the Navy. Ukraine denied accusations of supplying weapons. And Lithuania, due to the influx of immigrants from Belarus, declared a state of emergency. The edition told in more detail with the BBC. 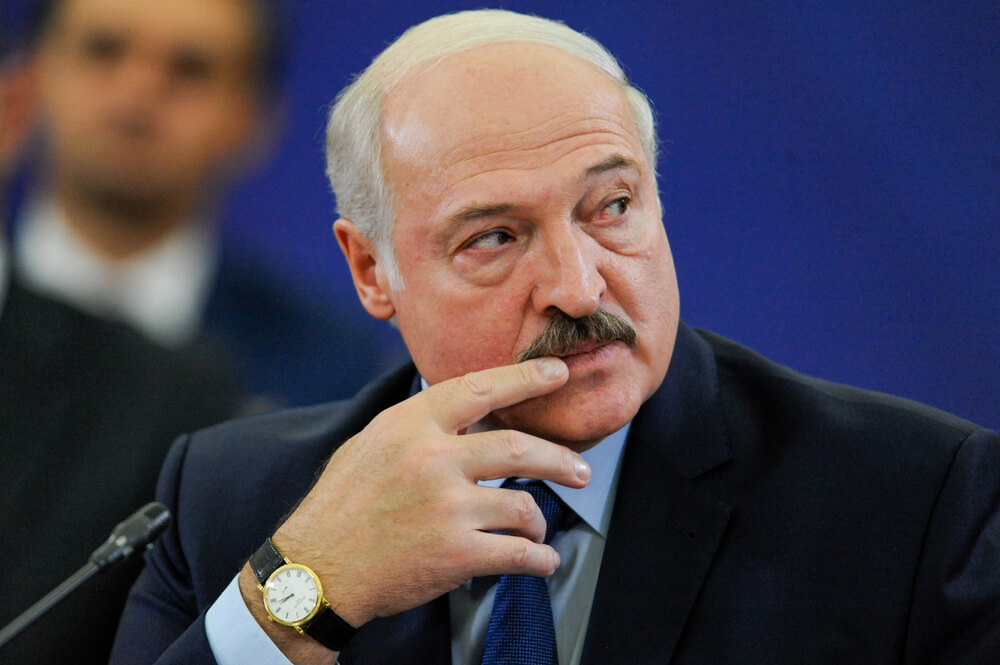 Lukashenko spoke at a ceremonial meeting in honor of the Independence Day of Belarus. He stated that they allegedly tried to blow up the 43rd communications center of the Russian Navy "Vileika" in Belarus. He believes that weapons from Ukraine were used for this. He spoke about the incident with Russian President Vladimir Putin.

“A huge amount of weapons comes from Ukraine to Belarus. Therefore, I instructed the border troops to completely close the border with Ukraine, ”Alexander Lukashenko said, writes beautiful.

“We discussed this problem in the most serious way. You understand the result of such a discussion - all the participants in the terrorist act, including those who carried out and organized, were found and arrested within two days, ”Lukashenka said.

Note: the 41st communications center of the Navy "Vileika" provides communication of the main headquarters of the Russian fleet with nuclear submarines operating in the Atlantic, Indian and Pacific oceans. The center is located 10 km west of the city of Vileika in the Minsk region.

Lukashenka announced the disclosure of "sleeping" terrorist cells, which are preparing to overthrow the current political system. He blamed Ukraine, the USA, Germany, Poland and Lithuania for their preparation.

According to him, the terrorists have created a Telegram channel with 2,5 people. The channel was allegedly moderated by a Russian citizen; the organizer was a German citizen. In addition, the members of the group tried to assassinate the TV presenter of the Minsk TV channel STV Grigory Azarenka.

“I am an absolutely peaceful person, but if I back down, if I waver somewhere, let alone play politics and the country collapses, you will never forgive me. Therefore, I have no other choice but to stand with the security forces to the death. This is our job, - the President of Belarus explained his decisions to the security forces. - You have defended peaceful citizens who believe in you, value national unity, freedom and do not want to destroy their home - Belarus. Having broken the hybrid blitzkrieg mechanism, which still works without fail, in fact, you have become on the path of a new expansion to the East. "

On the subject: USA wants to ban the sale of tickets for flights from America to Belarus

“Whether it is true or not, we'll see. But I am absolutely convinced of this: we have shown an example of how to defend national interests, what everyone who values ​​their independence should do. A conversation from a position of strength on our land with our people is futile. It has been and always will be. And they should hear it abroad, ”the head of state emphasized.

Kiev categorically denies Lukashenko's statement on the supply of weapons from Ukraine to Belarus and considers it aimed at intimidating Belarusians. “Positioning Ukraine as an external threat fits into the policy of disinformation, repression and intimidation of the Belarusian population,” Nikolenko said.

“We have never interfered in the internal affairs of Belarus. We are not going to do this in the future either. We expect the same position of Minsk: so that the northern border remains a security space, ”explained Nikolenko.

In Germany, the accusations have not yet been commented on

Representatives of the FRG government - Andrea Sasse from the German Foreign Ministry and Martin Fitz from the Federal Chancellor's office - refused to comment on Lukashenka's statements.

On June 28, the Belarusian Foreign Ministry announced that the country was suspending its membership in the EU's Eastern Partnership initiative, and on June 30, the German Embassy in Minsk received a request from the Belarusian Foreign Ministry to terminate the activities of the Goethe-Institut and the German Academic Exchange Service in the country within four weeks ( DAAD). According to Jürgen Hardt, a member of the German Bundestag from the ruling Christian Democratic Union (CDU), this event will lead to further international isolation of Belarus.

Rosgvardia is allowed to "block the territories and water areas of facilities to prevent attempts at illegal entry."

The document states that, among other things, the Kerch Strait and the illegally built bridge over it are under the protection of the Russian Guard.

Now the military can surround the water area when trying to "illegal crossing and penetration" into the specified water area.

Russia announced the closure of part of the Black Sea from April to October 2021 in the direction of the Kerch Strait for warships and ships of other countries under the pretext of military exercises.

Lithuania declares emergency due to migrants from Belarus

On the same day, the Lithuanian authorities declared an extreme situation at the state level due to the influx of illegal migrants from the territory of Belarus.

Deputy Minister of Internal Affairs of Lithuania Vitaly Dmitriev counted up to 150 migrants a day, illegally crossing the border of this country from Belarus.

Foreigners are accommodated in a tent camp at the Foreigners' Registration Center in Pabradė, at the school of border guards and at the outposts. The authorities are buying modular houses, which should cost the country's treasury almost € 150. They can house about 800 illegal migrants.

In the first six months of 2021, 822 illegal migrants tried to get to Lithuania from Belarus. This is 10 times more than last year.

Lithuania's actions are related to the fact that on June 22, President Lukashenko compared the West to Nazi Germany and announced that Belarus would not, as before, protect the European Union from illegal migrants. In his opinion, if Brussels wants help from Minsk in a number of directions, it should take steps to meet, and not strangle the country.

Lukashenko stressed that due to the sanctions Belarus has neither the money nor the strength to restrain illegal migrants.

“I honestly said that we will no longer keep those whom you spread rot in Afghanistan, Iran, Iraq. We have neither the money nor the energy for this as a result of your sanctions, ”he said.

In addition, the EU introduced sectoral economic sanctions against Belarus. They covered the Belarusian export of potash fertilizers and oil products, as well as manufacturers of tobacco products.

'We are not one people': Zelensky sharply responded to Putin about his words about Ukrainians and Russians

From August, the United States will completely stop issuing visas in Russia