Bananas, alligators and dogs driving: how did 2019 go in Florida

From pranks with alligators to a large number of naked people: Florida did not stint on strange tricks in 2019. Writes about it TEAM. 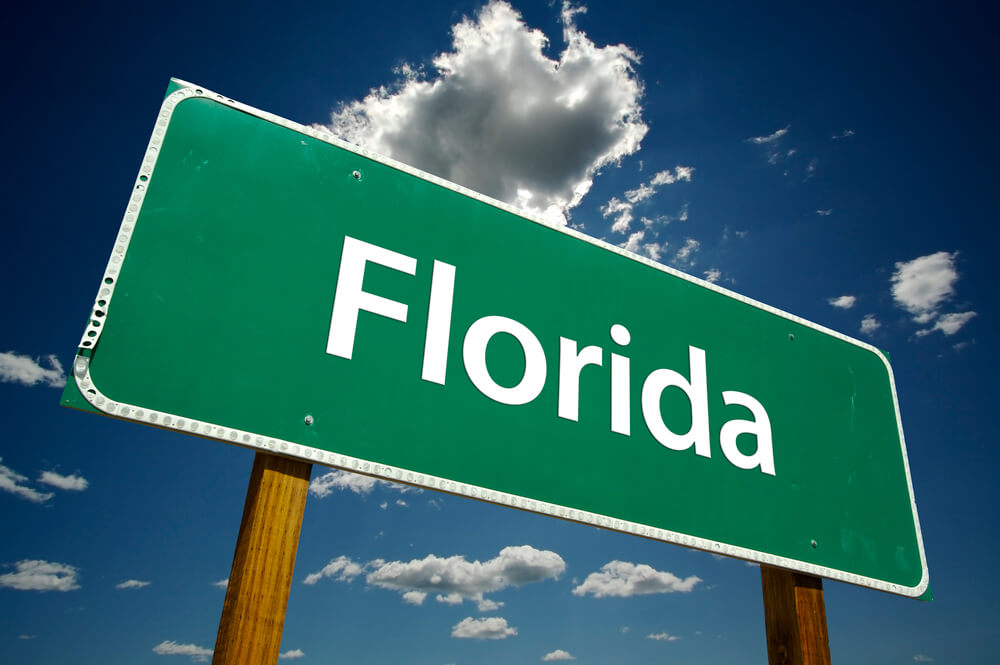 Some argue that Florida's weird news is surfacing due to state laws, while others attribute it to being the third-largest state, with over 21 million people on the peninsula - many of them wearing a bit of clothing due to the hellish heat round year.

In 1986, the official slogan of the state on tourism was: "Florida ... There are different rules."

Florida is famous for many things. Sun, beaches and oranges. Disney magic, South Shore glamor. And the most expensive bananas in the USA. In December, the couple spent over $ 100 on a "unicorn of the art world" - a banana taped to the wall - during the annual Art Basel art show.

These works were laughed at and parodied on social networks, and then a man at an art fair tore him off the wall and ate him.

On the subject: Hurricanes have nothing to do with why Florida has low housing prices

Italian artist Maurizio Cattelan sold three editions of The Comedian, each ranging from $ 120 to $ 000.

“We are acutely aware of the blatant absurdity of the fact that Comedian is inexpensive and perishable with a couple of inches of duct tape,” said one couple who bought a banana. “Ultimately, we feel that the Cattelan banana will become a landmark historic site.”

As they often do, alligators topped the list of strange stories this year too. Perhaps the most interesting case occurred in October when Paul Bedard answered a call regarding an alligator in Parkland. Bedard “played” with an 8 foot (2,4 m) reptile until she was tired. He then pulled an alligator out of the water and lifted it over his head for an Instagram photo.

This is not the only curious case with alligators. Before Thanksgiving at Fort Myersdna, a reptile knocked at the door of the woman’s house at night. In Martin County, two men drank alligator beer. They were eventually arrested.

On the subject: 'Thank you, very tasty': an immigrant from Georgia ate an exhibit worth $ 120 at an art show in Florida

Alligators were not the only animals to make headlines in Florida. In August, a Stuart restaurant canceled Monkey Mondays when a 9-month-old Capuchin named JoJo bit his baby on the finger.

Also in August, a man from Lake Worth Beach began feeding a kinkajo (a raccoon-like animal with a prehensile tail, native to Central and South America), but he grabbed the man's leg. “It was not a good kinkajo. It was super aggressive, ”said the man's friend.

And the Labrador Retriever somehow got behind the wheel of a car in Port St. Lucie.

Patrick Eldridge of Jacksonville he parked SmartCar in his kitchen because he was afraid that he would be carried away during Hurricane Dorian.

The owners of the Port Orange funeral home as part of their grand opening gave free cremation.

People attacked each other with all sorts of objects, including (but not limited to): pancake dough, pies, fake Christmas tree, swords, packs from McDonald's seasonings and cockroaches.

In Port Richey, two mayors were arrested within 20 days - one on obstruction of justice charges; the other allegedly practiced medicine without a license.

So that you do not think that all Florida people are strange, some did amazingly good things: Chicago Bears midfielder Halil Mack went to his hometown of Fort Pierce and stopped at the Walmart store. He paid all other people's debts in the amount of $ 80.

On the subject: Family from Florida taught an unforgettable lesson to a thief stealing her parcels

A Florida 9-year-old child offered his $ 15 for his birthday as a solution to the problem of insufficient teacher remuneration.

Some people, in order to attract attention, completely or partially naked.

A naked man from Florida robbed an elementary school in Apopka and scattered feces throughout the building. In the parking lots, in shops and other public places, the cops chased a lot of naked people.

In March, in Miami, motorists captured on camera a nearly naked man in bright pink socks, sneakers, underwear and a pink bandage on his head, a man in this form rode a bicycle.

How much do holiday decorations on houses cost residents of different states?

How to visit dozens of US national parks for $ 80