Home In the U.S. Biden sent $ 1,8 billion in aid to Ukraine - his son received millions of dollars from a company associated with the government

Biden sent $ 1,8 billion in aid to Ukraine - his son received millions of dollars from a company associated with the government

Peter Schweitzer, President of the Government Accountability Institute and Senior Editor of Breitbart News, recalled how Hunter Biden, Joe Biden’s second son, received millions of dollars from the Ukrainian energy company Burisma Holdings when his father, as Vice President of the Barack Obama administration, sent $ 1,8 billion to help Ukraine. He writes about it Breitbart. 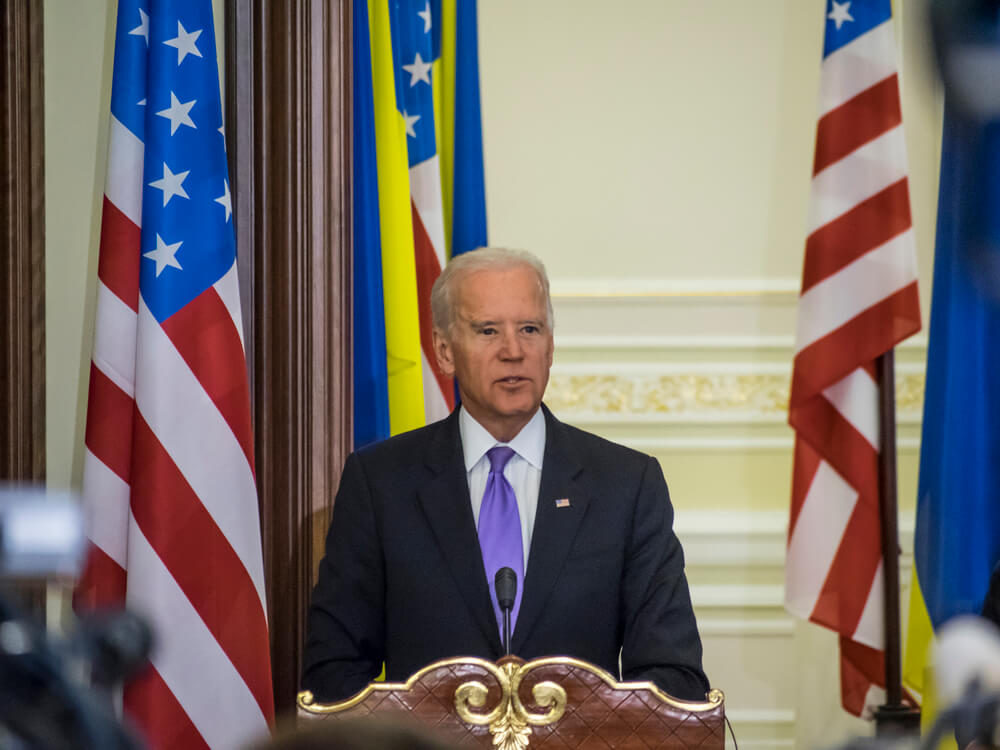 The journalist remembered this story during the SiriusXM's Breitbart News news release, led by Rebecca Mansour and Joel Pollack.

Schweizer said: “I think there is a deeper problem that Joe Biden faces. There is a fact that his family, especially his son, cashed out money while he was the vice president of the United States. ”

John Solomon, a journalist for The Hill, wrote that Hunter Biden received millions of dollars from Burisma Holdings, when in 2015, he was appointed to the board of directors of this company.

Bank records showthat Hunter Biden's American company Rosemont Seneca Partners LLC regularly received transfers of more than $ 160 thousand per month. The money came from Burisma from the spring of the year 2014 to the autumn of the year 2015. During this period, Biden was the main official in the United States, who led the Ukrainian question.

The official dossier, which was transmitted by the Prosecutor General of Ukraine, states that Hunter Biden, business partner Devon Archer and their firm Rosemont Seneca are considered potential recipients of the money.

В a letter to an American journalist Prosecutor General of Ukraine Viktor Shokin wrote that before he was dismissed from the post of Prosecutor General, he developed a “concrete plan” of the investigation, which included “interrogations and other procedures for investigating the crime of all members of the Executive Council of Burisma, including Hunter Biden”.

“Earlier, we talked about the deals he made with the Chinese government. And his son, Hunter Biden, made a big deal in Ukraine. In Ukraine, an energy company called Burisma was implicated, which is controlled by a very corrupt organization headed by the oligarch Nikolai Zlochevsky, who has ties to the pro-Russian ex-president Viktor Yanukovych, ”says Schweitzer.

“The bottom line is that Joe Biden was the Obama administration's chief of policy toward Ukraine. He channeled $ 1,8 billion in aid to the Ukrainian government, while his son struck a deal with Burisma - which we were able to track in just 14 months. The company paid $ 3,1 million to Hunter Biden's account, ”notes Schweitzer.

He also says that Hunter does not have experience in energy companies and work on the board of directors.

“There really is no legitimate explanation as to why he made a deal with this energy company, other than the fact that his father was responsible for giving money to Ukraine,” the journalist says.

He suggests that this is a big problem, and it concerns "the issue of corruption and the potential payments and bribes that foreign organizations brought to Biden in exchange for the fact that they could hope for a favorable attitude towards them."

The investigation of Robert Muller did not reveal a "conspiracy" between Donald Trump and the Russian state, but now, according to the journalist, the actual financial relations between the Biden family and Ukraine should be investigated.

Schweitzer said: "There is much more evidence of the collusion of Joe Biden or even the Clintons with foreign powers than Donald Trump."

He added: “There are no questions. Bidens got a lot of money - millions of dollars - from these foreign powers. Hunter Biden had no legal basis for a deal. He was just unqualified. ”

“Biden is using US government taxpayer resources for his family's personal gain. He was a representative of the Obama administration in Ukraine and traveled to this country about 17 times during his tenure as vice president, which is quite surprising, ”the journalist emphasizes.

He also considers it suspicious that a couple of days before Trump's inauguration, Biden was in Ukraine. “Biden’s influence was enormous, and it makes one wonder how he used or abused state power and what Ukrainians and Hunter Biden have in common.”

The journalist believes that Biden’s actions should be investigated.

Another suspicious episode, Schweitzer calls Hunter’s collaboration with China. “In December 2013, he flew to China with his father, and ten days later his company made a deal with $ 1 billion in private equity with the Chinese government.”

He stresses that Hunter’s company had no experience of working with China.

“Not only do we see the money coming from the Chinese and the Ukrainians in the account, there is another $ 1,2 million that we cannot track. They were deposited into a Swiss bank account that is involved in money laundering in ten countries. Another $ 145 came from the son of the former Prime Minister of Kazakhstan. This country is also corrupt. Ukraine and China are not isolated cases ”.

Hunter Biden also served on the board of directors of Bohai Harvest RST, a little-known private equity firm that received $ 1,5 billion in investment from the Chinese government.

Recall earlier ForumDaily wrote in detail about the scheme by which the authorities in Ukraine corrupted the American Democrats, in particular Joe Biden, and influenced the US elections in favor of Clinton.

John Solomon: Joe Biden got the dismissal of the Prosecutor General of Ukraine when he investigated the corrupt actions of his son

American journalist traced the connection between Biden, Clinton and the Ukrainian oligarch Pinchuk

Thank you for staying with us and trusting! Over the past 5 years, we have received a lot of grateful feedback from readers, whom our materials have helped to arrange life after moving to the USA. We have big plans, we don't want to stop or slow down the pace of work. Even now…

Processing ...
Подпишитесь на нашу рассылку We will write to you only about the most important

Do you want more important and interesting news about life in the USA and immigration to America? Subscribe to our page in Facebook. Choose the "Display Priority" option and read us first. And don't forget to subscribe to ForumDaily Woman and ForumDaily New York - there you will find a lot of interesting and positive information.

By the end of August, USCIS will lay off two-thirds of employees

10 fresh vacancies of the week for ours in the USA

Coronavirus in the US and the world: new numbers and data. The news is constantly updated.

The White House may ban some US citizens and holders from entering the country ...

Locked up with a tyrant: how to protect yourself from domestic violence during a pandemic

A visa has ended during quarantine: how can tourists extend their stay in the USA

Soundtrack at the Grammy: how a Ukrainian from the USA created the music for Chernobyl

Some Americans received a second check of financial aid from the IRS: what is the reason

A dog with a coronavirus dies in North Carolina: dozens of animals are infected in the USA

'There is no money in the piggy bank': will states be able to fulfill Trump's order on unemployment assistance

In one of the US states, an invasion of giant tarantula spiders is expected

A rare dereho storm swept across the United States: there are victims and destruction, hundreds of thousands without light

10 fresh vacancies of the week for ours in the USA

Protests in Belarus: police opened fire on people to kill

Swine flu: how Americans were vaccinated during a pandemic and how this experience is useful

Android will warn the whole world about earthquakes: started in California

Millions of US residents face eviction during a pandemic: what to do if it's you

Vaccinations against other diseases give immunity from COVID-19: a list

By the end of August, USCIS will lay off two-thirds of employees

Protests in Belarus continue: EU and US plan to impose new sanctions against Minsk

Vacancies for ours: Russian-speaking account manager in New York

Vacancies for ours: instructor for obtaining a driver's license in New York

journalist ForumDaily
CIA and State Department veterans: on protests, Trump’s chances for re-election and Russian intervention
Mass protests in the United States, caused by the death of African-American George Floyd, had real reasons, however, local radicals and Moscow will try to maximize their use in their interests. Most American experts agree on this view ...

Journalist of the Ukrainian Voice of America Service
Monument Fall in the USA: why protesters demand the demolition of historical monuments
The monument to the 26th US President Theodore Roosevelt was the last "victim" of the movement for the demolition of monuments that symbolize colonial expansion and racial discrimination. The Museum of Natural History in New York decided to demolish a bronze sculpture depicting Roosevelt on a horse, and next to ...

Guide to New York and America
What is it like a real Brighton Beach: a dream district within a huge metropolis
It is extremely interesting to read reviews of Russian tourists about Brighton Beach. Without a doubt, almost none of them even guesses what a spectacle actually opens before them. Most importantly, they are completely unaware that they are not dealing with ...

Journalist of the Ukrainian Voice of America Service
Personal experience: in the USA, even a dog can be put under house arrest
One of the arguments of supporters of the idea of ​​disbanding or reducing funding for the police, which is now being actively discussed in American society, is that law enforcement officers perform many functions in communities. In their article ...

Ours in Hollywood: 10 famous personalities with Ukrainian roots

'Immunity does not save': the doctor told, from which the risk of developing cancer increases 30 times