The Ukrainian company AvtoKrAZ has received a three-year contract to supply its trucks to the US Army. Writes about it with the BBC. 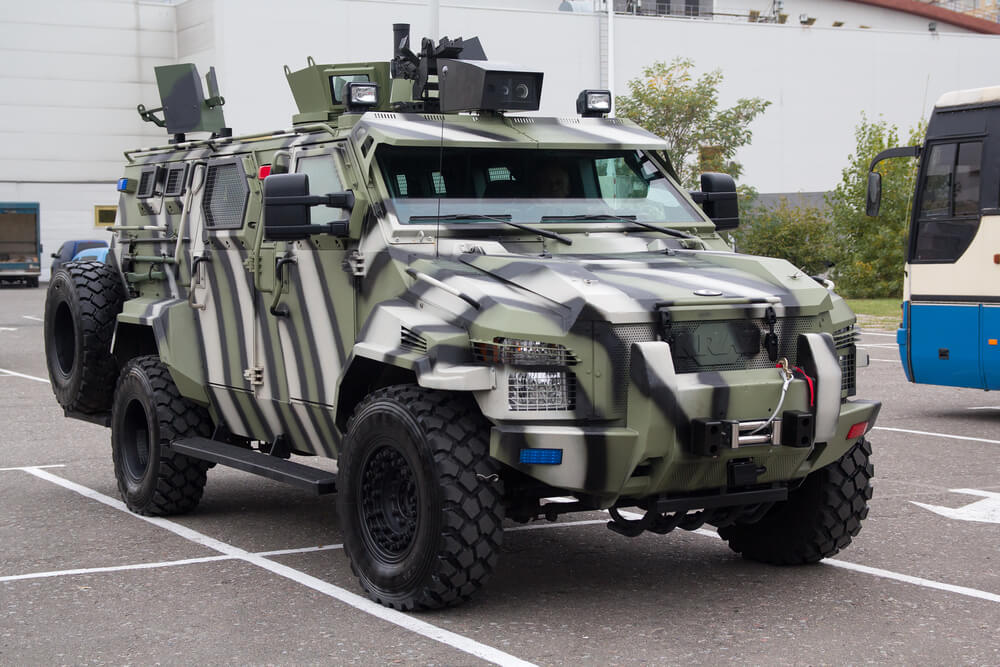 "The fleet will include equipment with a 4x4 wheel arrangement, in particular flatbed and flatbed vehicles, as well as tank trucks for transporting water and fuel," the publication on enterprise website.

They say that the customer was US21 Inc (Fairfax, Virginia). According to AvtoKrAZ, the company "regularly supplies the government, the Department of Defense and other US government agencies."

“We are very proud that with our products we were able to contribute to the development of the US Army's international security program,” said AvtoKrAZ.

Earlier, information about the contract with reference to ArmyRecognition was published by many Ukrainian media, and the general director of the plant, Roman Chernyak, shared it on his Facebook page without comment.

According to ArmyRecognition, the order includes vehicles for the transport of personnel, flatbed trucks, tank trucks for water and fuel, spare parts.

On the subject: Ukrainians have come up with a powerful electric bike: it was included in the Guinness Book of Records and is being tested by the US police

They assume that the KrAZ trucks will not be used directly by the US army, but they can be provided to partners, for example, for UN peacekeeping operations.

The representative of the company expressed hope that against the background of the crisis, AvtoKrAZ will fulfill the order, but noted that there are still doubts about this.

The day before the information about the contract got to the press, Defense Minister Andrei Taran and Deputy Prime Minister for Strategic Industries Oleg Urusky visited the enterprise.

“From our side, there are a number of questions about the quality of the equipment produced by the enterprise and its ability to fulfill defense contracts within the agreed time frame,” the Defense Ministry said in a Facebook message. At the same time, they admitted that “the demand for KrAZ vehicles and chassis is significant and amounts to tens of thousands”.

“In order not to force the Armed Forces of Ukraine to look for foreign alternatives, it is necessary for the whole world to provide a stable, modern and powerful production base here,” the Defense Ministry noted and called on the enterprise to “work on mistakes,” as well as preserve the staff and technological base.

Deputy Prime Minister Oleg Urusky recalled on his Facebook that “at present, the Deposit Guarantee Fund for Individuals is selling the pool of assets of Delta Bank and the bank "Finance and Credit", which are now undergoing liquidation. The main part of the lot is made up of the debts of the AvtoKrAZ group. He also noted that "this situation affects the defense procurement process."

The official also pointed out that “on the part of the military, there are a number of questions about the quality of equipment produced by the enterprise,” and therefore, they say, in the Ukrainian army “we have to observe an increase in the number of foreign-made trucks, decisions are being made to deploy a number of new types of weapons that are not domestically produced. ".

It is necessary, he noted, that the country "does not lose its technological capabilities, but develops them, improving its position in the market, and the Armed Forces of Ukraine are equipped with high-quality Ukrainian trucks manufactured at production facilities in Ukraine."

The plant has been experiencing major problems over the past year, with workers commenting on social media saying they have barely worked lately.

PJSC "AvtoKrAZ" is an enterprise with history. It started working immediately after the war, in 1945. The KrAZ trademark appeared in 1959.

The owner of "KrAZ" businessman Konstantin Zhevago had problems with law enforcement officers, he is officially abroad for treatment. A number of cases are being investigated on it.

President of Ukraine Volodymyr Zelenskyy visited the plant a year ago and even asked the director to “get in touch” with Mr. Zhevago.

Mickey Rourke will be buried in Ukraine: the actor has already booked a place in the cemetery

Ours in the USA: Oksana Dudko - about working with Enrique Iglesias and the Scorpions and the plight of world stars