Home At home Amnesty for the capture of Lukashenko: Tikhanovskaya announced a 'people's tribunal'

Amnesty for the capture of Lukashenko: Tikhanovskaya announced a 'people's tribunal'

The leader of the Belarusian opposition Svetlana Tikhanovskaya announced a "people's tribunal" and amnesty for the capture of President of Belarus Alexander Lukashenko and members of his "terrorist group" - this message appeared in her official telegram channel. 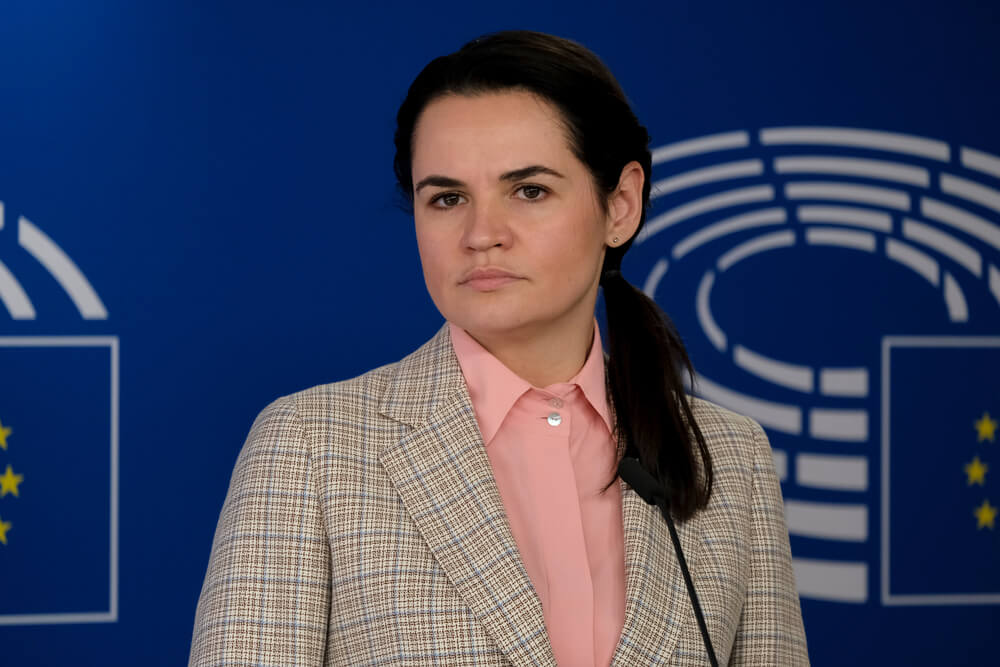 Below is the text of her message.

“Our country has finally turned into a crime scene. I declare that Alexander Lukashenko and his accomplices are a terrorist organization that must be held accountable for their crimes, Tikhanovskaya said. - In August, we became convinced that the electoral system is just a fiction to cover up the crimes of the regime. And we ourselves decided to count our votes. Justice in our country is the same fiction, and Belarusians are ready to act to return the law. "

“I, Svetlana Tikhanovskaya, together with the People's Anti-Crisis Administration, declare a“ people's tribunal ”and amnesty for the capture of Lukashenka and members of his terrorist group. If the state court system doesn't work, we can do it without it. Everyone who has cynically violated and is violating the law must answer: from members of election commissions and pro-government observers to officials, ideologists and officers who gave and carried out criminal orders. You have broken the law and you are afraid of justice. But the time for justice has come, ”Tikhanovskaya said.

How the tribunal will be held

The oppositionist shared a plan of how the “people's tribunal” will be held:

1. It all starts with those who threaten the right to protest... They neutralize the ideologues and accomplices of the regime, who arrange repression on the ground, threatening with layoffs, expulsions and jail. Tikhanovskaya urged to unite, to defend colleagues and associates in front of those who are trying to put pressure on them - and thus stop the lawlessness on the ground. This can be done in every company or hospital, as well as in every enterprise. Tikhanovskaya calls on independent trade unions and self-government groups to show solidarity.

On the subject: Lukashenko ignored Tikhanovskaya's ultimatum: US asks Americans to leave Belarus

Svetlana Tikhanovskaya said that work is already underway to recognize Lukashenka and his accomplices as a terrorist organization.

2. Collecting evidence of the crimes of the regime. The People's Anti-Crisis Directorate together with the Zubr and Golos platforms have developed a centralized system for recording and confirming evidence of crimes. Every Belarusian will be able to send evidence of lawlessness to her. Any breaker of the law who will facilitate the collection of evidence, ease his lot, or even receive an amnesty.

3. For law enforcement officers there will be the "Report" program has been launched. It confidentially and securely allows you to provide videos and other evidence of the execution or participation in the execution of criminal orders. Everyone who does this can count on amnesty or mitigation of criminal liability.

4. The platform "Voice" will host public prosecution process based on materials collected through the system of recording and confirming evidence of crimes. Every Belarusian will be able to vote to indict the suspects. All people whose accusation the people of Belarus will vote for will be the first to be brought to justice.

5. After summing up the results on December 20, the people of Belarus will go to the most massive march with the statement of the People's Prosecution and will show the whole world that the majority demands a fair trial of criminals.

6. And until the law is restored in the country, the only decision-making mechanism is the majority vote... If the majority votes that these people should be brought to justice, then according to Article 109 of the Criminal Procedure Code of the Republic of Belarus, every citizen has the right to seize and forcibly deliver to a government body a person caught in the commission of a crime or during an attempt to escape after committing it. This applies not only to Alexander Lukashenko, but also to everyone whose crimes will be witnessed by the people. Help in capturing the main criminals will be rewarded with amnesty or a serious mitigation of responsibility for previous crimes.

“This plan has two goals: to stop the lawlessness and to show that not the protesters Belarusians should be afraid, but those who commit crimes against them. The time has passed when you can simply kill people with the confidence that nothing will happen for it. The time has passed when “not up to the law”. From that day on, the guarantor of the law is the people of Belarus, ”Tikhanovskaya concluded her speech.

Russian-speaking FDA official: 'Coronavirus is not very harmful, mortality can be overestimated'

Why Americans do not like Russians: the opinion of our immigrant