Home Our people 'American mentality will not be mine': Russian woman - about adaptation in the USA

To fly away to live on another continent means to meet the difficulties and peculiarities of someone else's mentality. But why? Alina, an English coach and blogger, tells about this in an interview with the publication. She moved to America with her husband Sergei five years ago. 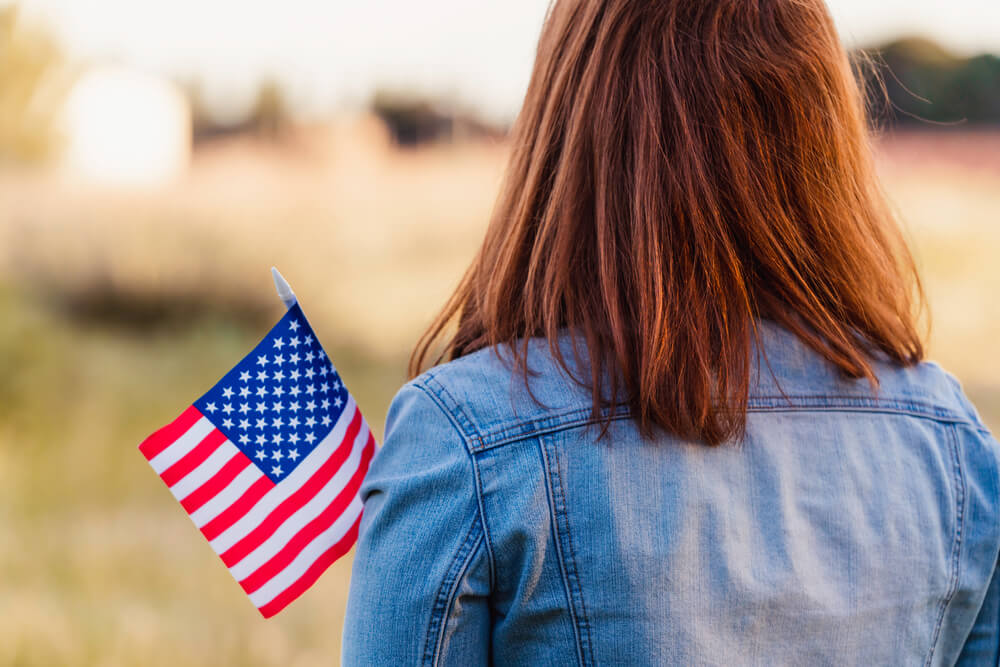 We have long wanted to leave Russia, to try ourselves in another country. And everything was ready for moving to Australia: they collected a package of documents, passed the IELTS exam ... But then they unexpectedly won the green card lottery. Later they decided: it means that it is better to start with America, although they did not initially plan.

- First impression of this country

On the very first day in New York, it was psychologically uncomfortable, as if I was in the wrong place at the wrong time. We rented an apartment, as it turned out later, in the most dangerous quarter of Brooklyn. They constantly looked at us, but we arrived with a stereotype that Americans are smiling ... We lived for three weeks and moved to Manhattan in December. It became easier.

- How did the adaptation go?

The first month we got used to: where are the shops, how to get a bank card, etc.

Then they started looking for work.

My husband applied for a resume at an IT company, since he had been in this field before. But then his English was still average. Therefore, telephone interviews became double stress for him. In mid-February we moved to San Francisco: the interviews continued, but the money was running out.

-Do you have any desire to go back?

Sure. I couldn't find a job then either. And here is a whole combo: no job, no friends, no relatives ... We were already thinking: damn it, this is probably the end of our American experience. Well, at least we tried. There was only money left to take a return ticket.

But at the end of February, Serezha was invited to an IT startup in Silicon Valley.

Then they were already able to breathe easy. With literally the last hundred bucks, he bought jeans and sneakers to go to work in American uniform ...

On the subject: 15 significant disadvantages of living in the United States, according to a Russian-speaking immigrant

It became easier with finances, and I decided to develop in my own direction: I taught English in Moscow, worked with Americans and British as a guide. Therefore, I opened my own business in these two areas. Tourism and teaching English online. I really enjoy working with people: to see how the language barrier breaks down, the fear of making a mistake disappears. And most importantly, a person's horizons expand, he begins to think in English. I think that's why I started a blog and continued to work online.

Why did you move from San Francisco?

Let's just say it's a very liberal city. Initially, we wanted to live in the center, to be dynamic. And so they did, they settled near the City hall, where the city hall is. However, the homeless also registered there.

Everything is literally studded with tents, which they calmly set up wherever they want and live. Constant stench, dirt. Of course, there are cleaner and more civilized places, but these are already sleeping areas, and we wanted to live in the center. Therefore, we moved to Los Angeles, where we have been living for almost 4 years.

Have you got used to American culture during this time?

In general, yes. But the American mentality will probably never be mine because of a different way of thinking. For example, small talk is the habit of talking to the first person you meet. I move from point a to point b, my head is busy with this. And then in the middle of the road with a stranger to start talking?

My system is breaking down. Why, about what? I have no time.

I am not saying that this is bad. It's just unusual for a Russian person. Whereas for an American, this behavior is absorbed with mother's milk.

-Do you have any American friends?

Yes, but again, this is a different communication, because the concept of friendship is different. In my opinion, there is great isolation in friendship.

It is not customary to help with something or lend money.

That is, I will be friends with you as long as you are doing well. But if you have problems, you solve them, please, yourself and then come. In Russia, a friend is known in trouble, and in America - beyond its borders. I think that's why there are so many homeless people in the US. Imagine if your best friend is in trouble and has nowhere to live. I suppose you will allow me to turn over with you for a month or two, until everything is working out. An American can do it too, but at most for a couple of days. And then everything - every man for himself.

There may of course be exceptions. But in Russia, people are more attached to each other. For an American, it is logical to ask the question: what will I get from this? ”And if this“ what ”is not, he will remain indifferent.

-What did you get from America, what does this country give you?

Experience. For our family, this is a very big test and proof to ourselves that we could, did not break.

After all, why do tourists like everything? They do not experience this routine, they are not embedded in the culture. But living in a different way of life is completely different. The United States for me is an interweaving of different cultures and habits in one country. After all, each state has its own characteristics and laws.

On the subject: Why Russians are leaving the USA: the immigrant named the main reason

-Do you want to live in another state?

I love California, more specifically Los Angeles. For me, this is an amazing combination of creativity in the city and nature. Mountains, hiking, ocean and at the same time graffiti, skyscrapers. Of course, other states are very interesting. But rather for travel.

I consider myself a man of peace. I am equally comfortable in Russia and in America.

The only reason I left my country five years ago was that I wanted new experiences. I think a person gets to know himself best when he learns the world, such a multifaceted and many-sided one. Getting to know other cultures, you get to know yourself more. Therefore, it is now interesting for me to travel not only around the States, but around the world. And then we will see.

Original column published on the blog. "Stupid America" ​​on Yandex.Zen

US citizenship test: all questions and answers in Russian

How a Ukrainian woman came to the USA without knowing English, but became a teacher and an Internet star