US businessman Morgan Williams has put together the world's largest collection of paintings on the Holodomor. Over a quarter century, he has acquired more than 400 works of Ukrainian artists. Writes about it "Voice of America". 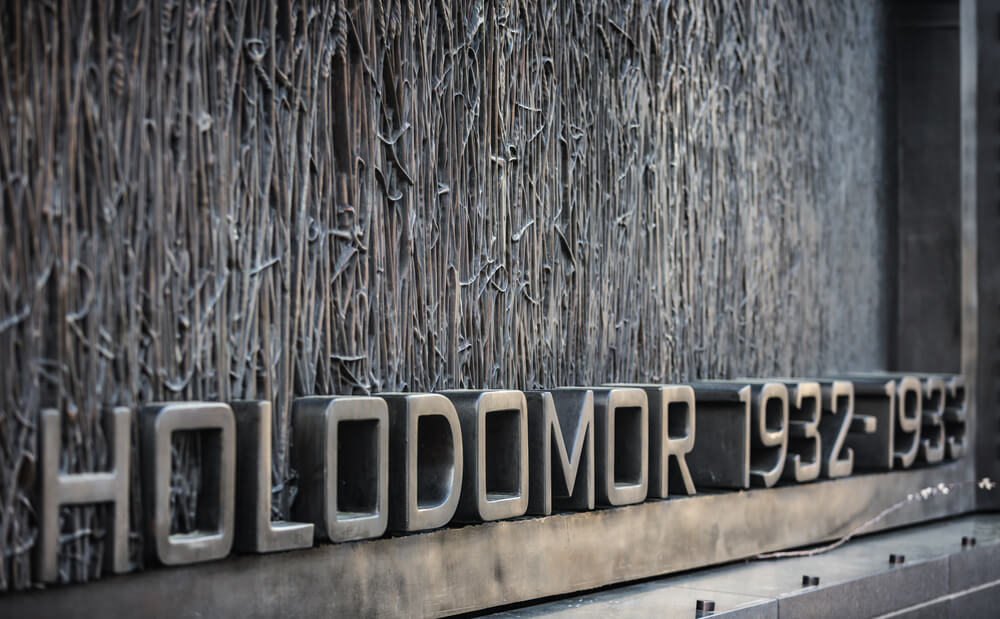 American businessman Morgan Williams arrived in Ukraine in the early nineties. In this country, he was engaged in agricultural business. In his free time he also studied Ukrainian history.

“Most of my life has been associated with agriculture. And it so happened that I became interested in the topic of hunger in different countries, and its causes. And I came to the paradoxical conclusion that only 20% of famines are caused by some kind of natural disasters. And the rest are man-made, which were organized either by governments or by corrupt politicians, says the businessman. “When I learned about the mass extermination of people in Ukraine in 1932-1933, I began to investigate how it happened, how Stalin starved millions of people to liquidate family farms.”

“It was just incredible. Of course, they tried to hide it all. And hid seventy years. So, I started to study this question, I was looking for photos. But there were no photographs, there were no paintings, there was nothing, ”adds Williams.

On the subject: Mr. Jones: the story of a journalist who told the world about the Holodomor and interviewed Stalin

In Kiev, Morgan met another American, the famous Holodomor researcher James Mace. Says - after talking with the historian and decided to collect works of art about this tragedy.

“I became very good friends with James Mace. He dealt with this topic, did research on the Holodomor for the US Congress. Once I saw in a book published at Harvard photographs that were signed "Holodomor in Ukraine 1933". I say to James - in the photo is not Ukraine in thirty-three. This is Russia 1922. He replies - but we did not have any photographs of the Ukrainian famine, we had to illustrate the book with what we had. Although this is not correct, - says Morgan. - I ask - where can I get some illustrations of the Ukrainian Holodomor? He replies: Morgan, you don't understand. There are none at all. They could have been shot for this. In Soviet times, it was dangerous to even talk about it, not to mention some pictures. So it was very difficult to search. And I practically never managed to find anything written earlier than 1989 ”.

He toured hundreds of workshops and exhibitions, met with artists. He remembers that in the early nineties it was almost impossible to find pictures dedicated to the Holodomor. The Soviet government imposed a complete taboo on everything related to the tragedy.

At one of the exhibitions, Morgan met the artist Vera Kuleba. She had several works on famine in a village in the Poltava region.

“From us, the system prepared artists-ideologists of communism so that we would glorify the party. But I could not, I painted my peasant women, my women. Back in Soviet times, I painted pictures about hunger. Only they were kept somewhere in some funds, ”Kuleba recalls.

On the subject: From Holodomor to the Holocaust: the story of an American family with Ukrainian roots

Her paintings show the story of her own family. “In my paintings specifically my grandfather and woman. Baba Martha and grandfather Nikolai. They both died, even though they had a beautiful garden and everything else on the farm. But they took everything from them, left nothing. Of course, I don't remember my woman, because she died on a hunger strike. Only my mother told me about her, ”the artist continues her story.

“There is no commercial interest in collecting Holodomor paintings,” the collector explains. “These are not works that you can make money from selling. On the contrary, at some exhibitions Morgan was threatened by communists who did not like the way Lenin and Stalin were portrayed. But the collector continues to exhibit paintings both in Ukraine and at foreign sites. He wants to know as much as possible about this tragedy.

“It's amazing how little is known about the Holodomor in Ukraine so far. And the world knows even less about it. Russia is carefully hiding information about this tragedy, ”the American shares his thoughts.

Now in the collection of Morgan more than 400 works. He regularly arranges expositions of collected paintings and posters in various exhibition halls both in Ukraine and abroad. He hopes to once show his world's largest collection in the Holodomor Museum. When it is finally built.

'Sadist', 'executioner', 'Nazi criminal': a series about a Ukrainian who served in death camps appeared on Netflix

Mr. Jones: the story of a journalist who told the world about the Holodomor and interviewed Stalin

Our borsch: how the Russian Foreign Ministry used the Ukrainian dish for military propaganda of the Russian Federation

'They read my mother's letters to me': stories of those who saved Jews from the Holocaust, risking their lives