Since the beginning of the war, dozens of orphanages have left the combat zone in Ukraine. Hundreds of orphans were displaced, either in their own country or abroad. Children are sorely lacking attention. A group of American scientists, immigrants from post-Soviet countries, figured out how to solve this problem, reports “Voice of America". 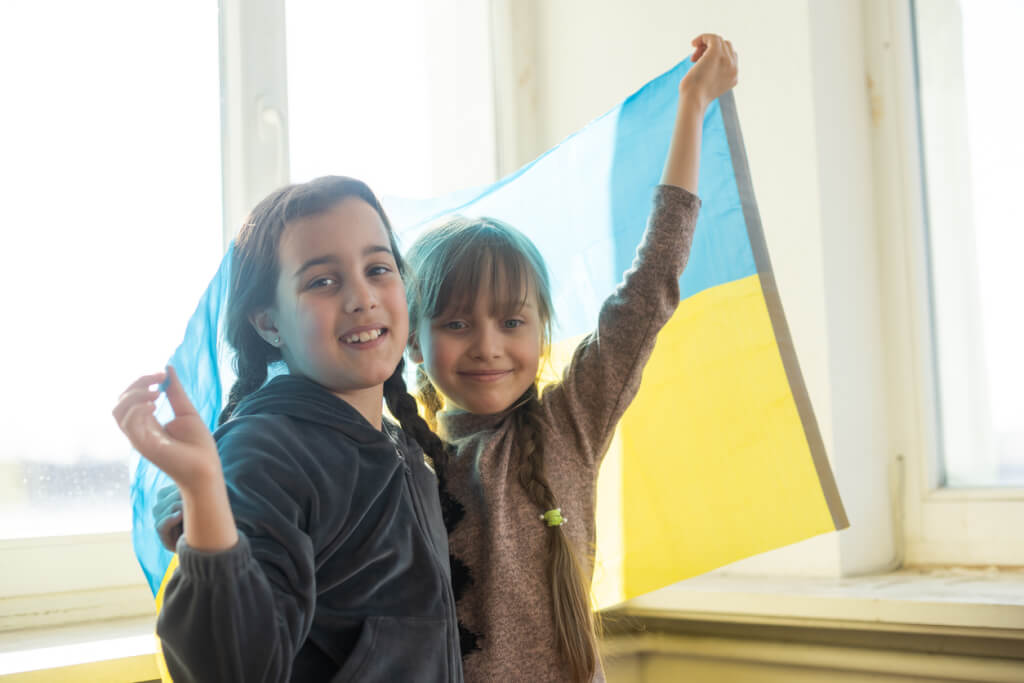 American scientists conduct entertaining online science lessons for children and open up the world of physics, astronomy and mathematics for them.

They arrange virtual tours of laboratories for Ukrainian children: refugees and orphans, orphans.

Astrophysicist and former astronaut instructor Yulia Brodskaya explains how she and her colleagues came up with the idea.

On the subject: Ukrainian writers won a grant from Netflix: they will write a script for a new series

Hundreds of children from dozens of orphanages turned out to be migrants both in Ukraine itself and abroad. There are many children, and the staff is catastrophically small. There is hardly enough time and energy for the most necessary things.

The former entrepreneur Galina Bondaruk, who after the war left her grain business and began to take care of children, has almost a thousand wards. Her foundation “Little Peremogi” helps orphans who were brought to Lviv from different Ukrainian cities.

“These children are not taken care of. Thankfully they are now in school. They are at school before lunch and they have to do their homework. All summer they were like homeless children. The staff who work at the locations only feed the children and put them to bed,” says the founder of the foundation.

Yulia Brodskaya and her colleagues threw out a cry, connected all their knowledge and contacts of teachers, scientists, psychologists - especially those who can talk about science in an interesting and not boring way. The task was to captivate the children and relieve the staff at least a little.

“I taught a course called 'Repeating Scientific Discoveries with Artisanal Methods' where we pretended to be time-traveling into the past and trying to replicate scientific discoveries with whatever tools were available in the past. It is difficult to call it some kind of normal standard school course, but various interesting things can be packed into it,” said Alexander Kaurov, co-founder of the EARTYLINGS HUB project.

“Let's say you can talk about a microwave oven and what happens if you put grapes in it and turn it on. In this case, plasma will be obtained. Then after that you can discuss what plasma is,” he says.

They also launched the “Ask a Scientist” program - every day at a certain time, two scientists on duty are waiting for the most curious, who are ready to answer any questions. There is no end to those who want to teach - teachers from different countries have already joined the project, and children have a chance to get closer to their dream.

“Here came a boy of 13 years old and said: “Teach me geometry and physics as soon as possible. I want to grow up and become an architect, I will restore the destroyed Ukraine. In addition, we invite him to different classes, we found an architect student who works with him and tells him exactly about architecture,” says Yulia Brodskaya.

Galina Furdyga, headmaster of Chernivtsi Secondary School No. XNUMX, which also became a camp for IDPs, says the project is “just a godsend for both children and adults.”

“This is a completely different approach to teaching mathematics than in our school. Also problematic, but different. This is very interesting - including our teachers. They connect to classes, then they will take something for our school, ”says Galina.

And online lessons are the only opportunity to take a break for teachers and educators.

The wards of Irina Shramko, a teacher at a boarding school from the city of Gulyai Pole, left Ukraine immediately after the outbreak of hostilities for Poland. There are 106 teachers for 4 children.

“For 45 minutes, when you bring your child to an online class, you have time to relax a little - both physically and mentally. We are always with children, even if we bring them to classes with American teachers. We are responsible for their life and health, but at this time we can go out for a breath of air, sit in silence, be distracted. It’s much easier that way,” says Irina.

For now, technology remains the biggest problem. Thanks to the help of sponsors, about 300 laptops were sent to children in Poland, and much more is needed in Lviv.

The founders of the project say they would like to make it not temporary, but permanent. These programs can continue after the war and help children discover the world and dream.

“I would like to hope that they are demystifying the profession of a scientist. Because there is such an opinion in the consciousness of society that scientists are people who have been knocked down on their heads, incomprehensible and with incomprehensible values ​​of life. And if you put them in front of a fairly young scientist, they can understand that there is not much difference between scientists and other people,” says Alexander.

Passengers on a flight from California to Hawaii were given a ukulele and offered to play: some liked the trip, others called it hell with a cacophony

What is exhibited in the most secret museum in the world, where no one is allowed in except for intelligence agents