American Catherine Sullivan became the first person on Earth to be in space and at the bottom of the Mariana Trench, writes Air force. 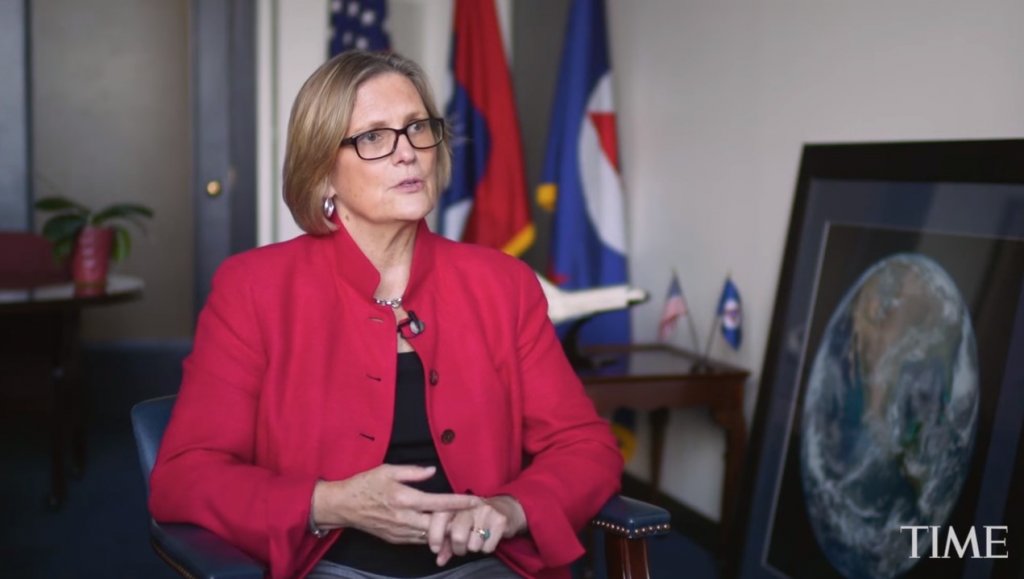 Former NASA astronaut on June 7 made a dive to a depth of 10915 m in the abyss of Challenger in the southwest of the Mariana Trench in the Pacific Ocean.

“Cruising over the lunar landscape of the ocean floor, I felt like an alien approaching an alien planet. It was unforgettable, ”the 68-year-old traveler shares her impressions with the BBC.

Kate Sullivan became the eighth person to visit the bottom of the Challenger Abyss and the first woman.

Her partner, a Texas investor and researcher Viktor Veskovo, previously became the first person to visit the deepest places of all five oceans of the Earth (previously it was believed that there were four of them, but recently geographers began to separate the Antarctic waters into a separate Southern Ocean).

Sullivan and Veskovo spent about an hour and a half examining the underwater gorge from the Triton 36000, built by Veskovo's Saladan Oceanic company and capable of withstanding extreme water pressure.

“I never thought that I would ever get such an opportunity and Victor would invite me to join him,” admitted Dr. Sullivan.

In places like the Mariana Trench, it’s very cold, completely dark, and the pressure can erase anything. But life there somehow exists, and scientists are only getting closer to understanding how.

The first to visit the bottom of the Mariana Trench in 1960 were US Navy Lieutenant Don Walsh and Swiss engineer Jacques Picard aboard the Trieste bathyscaphe.

The next dive happened half a century later. In 2012, director James Cameron sank down alone on his bright green mini-submarine.

The current dive was part of the Ring of Fire expedition, during which Veskovo is going to visit the deepest points of the Pacific Ocean.

On the subject: Trump wants to extract resources on the moon: it turned out that the earthlings already have an agreement on the division of space

Kate Sullivan worked at NASA from 1979-1992. In October 1984, she became the first American to go into outer space (a little earlier, in July of that year, the Soviet cosmonaut Svetlana Savitskaya did it).

Sullivan flew into space three times, spent a total of 532 hours there, and in 2004 won a seat in the Astronauts Hall of Fame.

In 2011-2017, she worked as deputy director, then director of the National Oceanic and Atmospheric Administration.

In a telephone interview with the BBC, while still at sea, Dr. Sullivan called the ocean and space "two of the greatest physical frontiers still facing humanity."

True, the conditions there are very different. The ISS is surrounded by vacuum, and the deep-sea vehicle experiences a pressure of a thousand atmospheres, or 1,25 tons per square centimeter.

“I was trained both as a scientist and as an engineer, so being in specialized vehicles, be it a shuttle or the Limiting Factor [the name of Viktor Veskovo's underwater vehicle] is an endless pleasure for me,” she explained. "For me, these are magical airplane carpets that can take us to places where a person would never have gotten otherwise."

Keith Sullivan received her Ph.D. in geology and participated in oceanographic expeditions even before joining NASA, so she happily answered “yes” to the offer to go to the ocean depths.

“To see with my own eyes one of the deepest oceanic troughs, where the most powerful geological activity takes place, for me as an oceanographer is much more interesting than in the photographs. This is a completely different matter, ”commented the researcher.

Rob McCallum, cofounder of EYOS Expeditions, which was responsible for the expedition's logistics, called Keith Sullivan “a passionate and professional protector of the oceans”.

“She has vast experience in technology research applications. As an educator and protector of the oceans, she can do a lot to explain the importance of deep sea research, ”he stressed.

Returning to their ship, Kate Sullivan and Victor Veskovo talked on the phone with the ISS crew, located 400 kilometers from Earth.

“It was a contact between people conquering distant frontiers, celebrating the human thirst for discovery and the technology that made such exciting travel possible,” commented Dr. Sullivan. "It was like meeting old friends for me."

On the subject: SpaceX manned spacecraft launch: how it was

Expeditions like the one Dr. Sullivan did expand human capabilities. She hopes to encourage others to follow suit.

“For decades I have defined myself as an astronaut, scientist and researcher. I will continue my activity further, - she says. “I want others to feel how a pioneering spirit is inherent in man, how natural and important it is for us to study every piece of our Universe and ourselves.”

The drive for knowledge and innovation is the main driving force behind progress, Dr. Sullivan is convinced.

“Technology will change people's lives, lift humanity out of poverty and defeat the health crisis,” she said.

More than 30 alien civilizations: scientists made an important discovery for the fate of mankind

Opened a consulate and form a fleet of icebreakers: the United States does not abandon attempts to control Greenland

Spacesuit for astronauts SpaceX has developed a costume designer for superheroes: what is special about it

The rocket Ilona Mask was put into orbit by the Ukrainian: what is known about him