Home Page At home 'A very dark experience': an American spoke about life in a Russian colony

'A very dark experience': an American spoke about life in a Russian colony

Paul Whelan, an American convicted of espionage, celebrated Christmas in a Russian prison. Negotiations for his release are progressing slowly. Tells about it Air force. 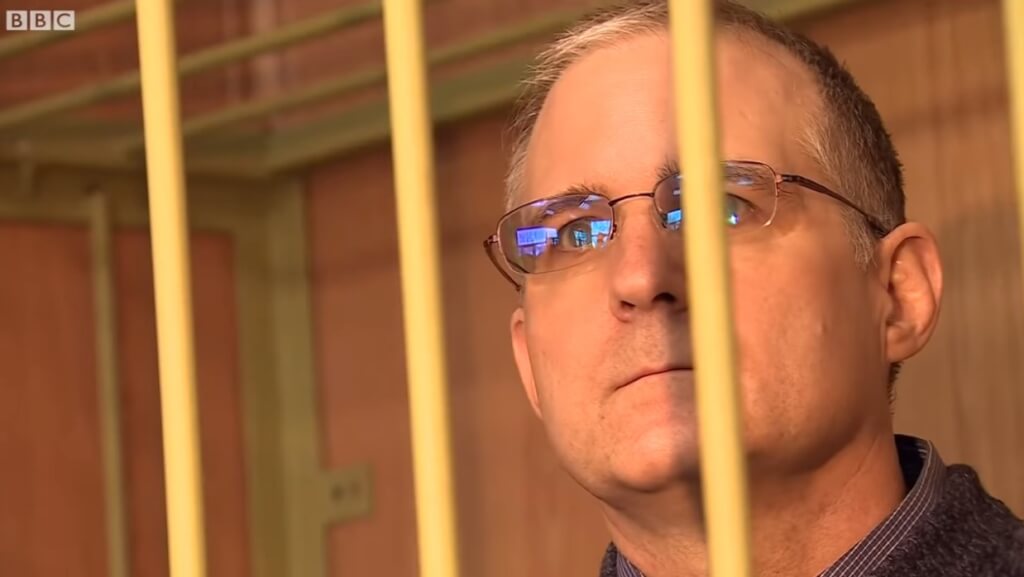 In his first in-depth interview since his arrest, Whelan described life in prison surrounded by murderers and thieves as “a very, very dark experience” and called on politicians to do more to secure his release.

The former US Marine has always insisted on his innocence and called himself "hostage to slippery Russian politics" and "show trial."

The famous prisoner, who, in addition to being American due to family ties, also has British, Canadian and Irish citizenship, hoped to be exchanged for another prisoner soon after the verdict. However, more than half a year has passed since then, and this has not happened.

“I wake up in the morning and try to look at life as positively as I can,” says Whelan, who is serving time in IK-17, a maximum security penal colony in Mordovia, an eight-hour drive southeast of Moscow.

American Paul Whelan was detained in Moscow on December 28, 2018. Paul said that before that he had already come to Russia several times as a tourist, and in 2009 he took his parents with him.

The last time, according to Paul Whelan, he flew to a friend's wedding.

According to the investigation, as Whelan told the BBC, he worked for the American special services. He was charged under Article 276 of the Criminal Code of the Russian Federation (espionage).

The court sessions were held in a closed mode for the media and listeners, since the case materials are classified as “top secret”.

In June 2020, the Moscow City Court found Whelan guilty of espionage and sentenced him to 16 years of strict regime. The prosecution requested 18 years for him.

On the subject: American accused of espionage in Russia sentenced to 16 years in prison

Conditions in the colony are harsh. Some of it was recently quarantined due to the alleged outbreak of coronavirus. Paul Whelan says that now prison guards wake him up every two hours at night: they rip off the covers and take pictures. Presumably to make sure he wasn't trying to escape (the administration thinks Whelan is prone to escape).

The American himself says that he is trying to live for today and not think all the time about his frightening 16-year term.

Earlier, BBC correspondent Sarah Rainsford had already talked to him, but these were only quick exchanges of remarks through the bars during the court hearings on the election of a preventive measure. The bailiffs quickly cut short such communication.

However, after the verdict was passed, Whelan called Sarah from the colony to tell his version of this spy story, which turned out to be a story of deception and betrayal.

“I was about to [leave], and suddenly this man came,” Whelan recalls when he was arrested at the Moscow Metropol Hotel two years ago.

The man he speaks of is one of many of his Russian friends who have made him since his first visit to Russia in 2006. He knew this man's family, visited him and even introduced him to his parents.

This friend enjoyed “being in the company of a foreigner” and showing him various sights, Whelan recalls.

However, this man worked for the FSB; a few minutes after his arrival, operatives rushed into the room and pinned Whelan to the floor.

“They grabbed me and knocked me down. I thought it was some kind of joke or prank, but I quickly realized that this is reality, ”says the American.

Paul Whelan claims that the entire “absurd” case against him was based on the testimony of his Russian friend.

“They claimed that the US Defense Intelligence Agency had sent me to Moscow to retrieve a flash drive with the names and photos of border school students,” Whelan explains, although he thinks this kind of mission seems “illogical” in the tech and internet age.

The investigation believes that Whelan paid for the classified data using a wire transfer four months before his last visit to Moscow. Whelan himself claims that he simply lent his friend money so that he could buy his wife a new phone.

“The FSB just made up a story that doesn't make sense,” says the American, stressing that the court has never been presented with concrete evidence.

“This is really a farce. We heard about such things in the Soviet era, when people were simply taken to be shot. It's the same, ”he says indignantly.

It is not possible to verify Whelan's words, since even his lawyers are forced to sign a nondisclosure document, which is mandatory for all espionage proceedings, and the court sessions themselves were held behind closed doors.

However, Whelan is confident that the Russian authorities were initially inclined to exchange him. According to Paul, from time to time two names sounded - arms dealer Viktor Bout and pilot Konstantin Yaroshenko. These are Russians who have long been serving sentences in American prisons (Bout was accused of selling weapons to Colombian rebels, and Yaroshenko was accused of smuggling cocaine).

The possibility of exchanging one of these two convicts for a person who denies involvement in espionage seems unlikely. However, the US Ambassador to Moscow, John Sullivan, confirmed to the BBC that the US administration is discussing the Whelan case with "senior members of the Russian government."

“I just want one thing - to free Paul, hug him and send him home to Michigan,” Sullivan told Sarah Rainsford.

The diplomat calls the whole case against Whelan outrageous, he even visited him in Mordovia, after which he became the first US ambassador to visit this colony.

“I have no more important business in the outgoing [Donald] Trump administration other than protecting Paul. We will do our best to free him, - said Sullivan. "But we have not yet reached the conditions that would be acceptable to any American administration."

“I love my brother, but you can't just trade a tourist for a bunch of bad guys. This is stupid! Paul Whelan's older sister exclaims. "People just love the idea of ​​sharing: it's like 1940s novels and fog-shrouded bridges."

Elizabeth Whelan believes that in this case, politicians should be more inventive and rush to a decision before Donald Trump leaves the White House on January 20.

“We must hope: Russia realizes that right now there is an opportunity to do something,” she says, recalling the threats of the newly elected President Joe Biden to “be stricter” with Moscow. ”

Elizabeth Whelan herself is trying to somehow get the situation off the ground by sending flash drives with the hashtag #freepaulwhelan (freedom to Paul Whelan) to the Russian Foreign Ministry. But the Foreign Ministry sends them back.

The BBC also appealed to the Russian Foreign Ministry for clarification about the situation with Whelan, but received no response.

Until recently, Whelan was a security advisor for an American company and traveled around the world, and now he spends time sewing a prison uniform.

Its fate is highly dependent on strained relations between Moscow and the West.

And so far, nothing bodes well for the situation.

“I try to wait patiently. I understand that politicians and besides me have many problems. But I don't want to spend too much time here, ”Paul said over the phone. “They arrested a simple tourist. I want to go home, see my family and live my life. ”

Colombia expelled two Russian diplomats for espionage: what is known

Comedian, immigrant, friend of scouts: the gripping story of a Jewish journalist who escaped from the USSR

'To live out in hard labor': why the children of the Gulag still cannot escape from exile