Home Page In the U.S. American struggles with depression with a home alligator

American struggles with depression with a home alligator

The owner compares the pet with the dog and is sure that he will never harm anyone. 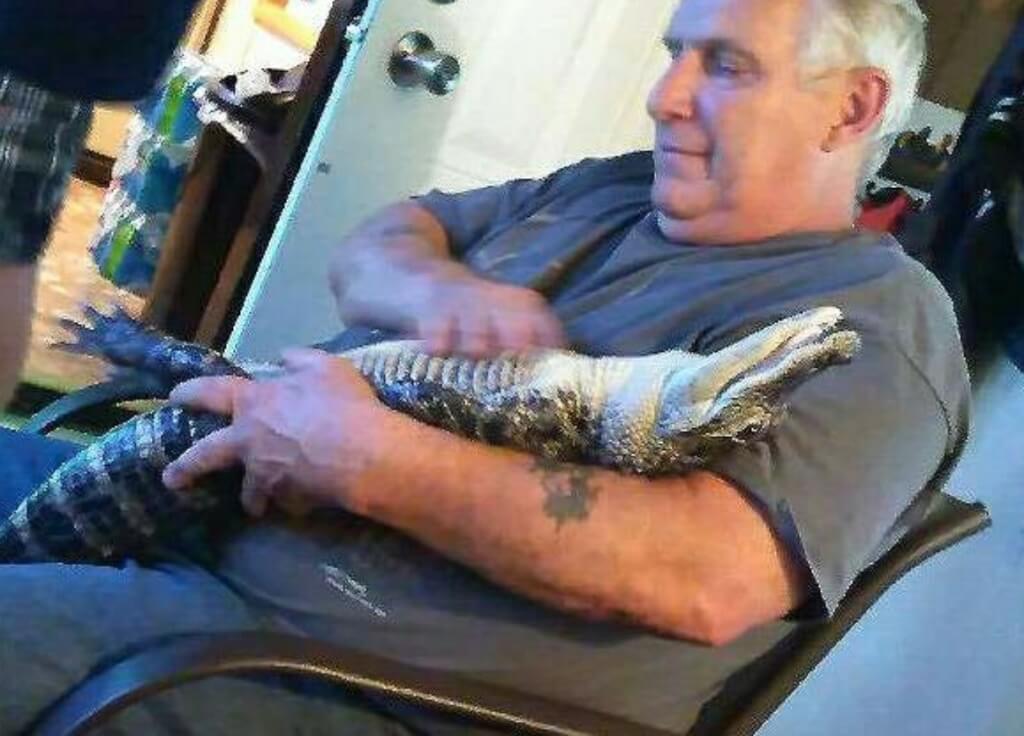 65-year-old American from Pennsylvania Joey Hinni chose to fight depression is not the most common animal to support - an alligator named Wally, writes TJournal. He is “humble, like a teddy bear, likes to cuddle and cuddle,” describes Hinni's alligator.

Since childhood Hinni loved snakes and other reptiles, but there are no cats and dogs. Alligator Appeared from Hinni in September 2015 of the year - he took it from a friend who rescues animals in Florida. At that time, Wally was about 14 months, he was about 45 centimeters long. By 2019, Wally grew to centimeters 152, in July he will be five years old. The alligator feeds on chicken wings, and it has its own plastic pool. Hinni says that the pet likes to watch programs about reptiles on TV.

At first, Wally was afraid of everything and had difficulty getting used to life in captivity, but Hinni says that he showed patience with him. When a man saw that the alligator was scary, he took him in his arms and reassured him. A few months later, Wally gradually got domesticated - Hinni compares him to a little puppy who constantly walks behind the housekeeper.

Sometimes Wally really behaves like a dog - for example, tearing the bedclothes with her nose, lying on the couch or climbing into the lower drawers in the kitchen. When Hinnie takes him to public places, he tries to explain to people that Wally is not dangerous - the alligator never tried to bite anyone. A man allows you to pet his pet.

At the same time, Hinni realizes that Wally is still an alligator and can even bite off her hand, but I am sure that this will never happen. Five children and 18 grandchildren Hinni also normally belong to his pet.

He never tried to bite anyone. I do not incite him against people, I urge them to respect, and not to be afraid of Wally. He will do no harm.
Joey hinni

Hinni's depression began after the sudden death of his three close friends, who died literally one after another. The man was worried that he could not cope with this on his own, and turned to a specialist. But Wally also helped the owner - once he went to sleep next to him at one of the moments when the man was very bad.

As noted by the Philadelphia Inquirer, doctors usually do not register such animals for emotional support, unlike dogs, but the Hinni therapist has appointed.

My doctor wanted to give me a cure for depression, and I can not stand taking medicine. I had Wally, and when I came home and spent time with him, I was fine. My doctor knew about Wally and decided if it works - then why not?

What tax breaks can pet owners get in the US?

How to transport an animal in the USA

Main expenses for keeping pets in the USA